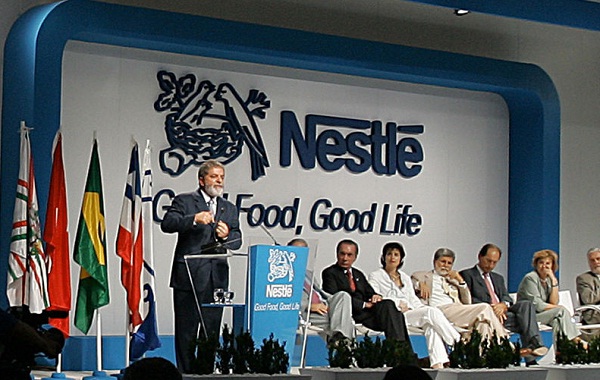 Nestle SA has been hit by horsemeat scandal

Nestle SA decided to remove two beef pasta meals from sale in Spain and Italy after traces of horse DNA were found and then confirmed by reports. The company removed  its beef products as they were found to be contaminated and unfit for consumption.

The Swiss-based company was engulfed by the horsemeat scandal which resulted in withdrawal of its two frozen beef pasta products. Horse DNA traces were found mainly in beef ravioli and beef tortellini which were immediately removed from the grocery stores in Spanish and Italian markets, according to a statement. The beef products of Nestle were found to contain more than 1 percent of horsemeat which meant that they exceeded requirements by the UK Food Safety Agency. Nestle decided to take profound steps and cease deliveries of products from German supplier H.J. Schypke, subcontractor of JBS Toledo,  as its beef products were mislabeled. The latest findings contradict a statement made by the company in which it claimed to be unaffected by the horsemeat scandal.

However, the world’s largest beef manufacturer, JBS Toledo, does not comply with the false accusations imposed by Nestle. According to a statement released by JBS on the 19th of February, the company clarified that the mislabeled beef products were not sold from its factories. Moreover, JBS does not hold responsibility for the workings of H.J. Schypke as it “is not in any way part of the JBS Group” as it has been highlighted by the company. In the light of recent events, Nestle  also decided to recall a lasagna product called Lasagnes à la Bolognaise Gourmandes from its French catering business.

The horsemeat scandal began in Ireland in January after the Food Safety Authority of Ireland detected high content of horsemeat in frozen beef burgers which were sold by popular supermarkets , namely, Tesco and Aldi. The finding resulted in withdrawals of approximately 10 million beef burgers in Ireland. As a result, German supermarket chain Lidl withdrew all frozen beef products as they contained high content of horsemeat. Moreover, Spanghero, was accused of knowingly selling mislabeled horsemeat after finding horsemeat in 4.5 billion of its beef products. However, the government of France has decided to allow the company to restart part of its manufacturing operations, yet it has been underlined that it would not be allowed to store any frozen beef products. Probes confirmed that beef products sold in Britain, Ireland, Austria, Germany and Netherlands showed presence of horsemeat. However, after Nestle recalled products from Spanish and Italian markets, the horsemeat scandal seems to have circled around the Old Continent.

The repeated discovery of horsemeat in frozen products has drastically reduced the confidence of customers in chilled foods. Many customers have switched from frozen products to foods which are tinned as they have lost faith in chilled food products. According to researchers, more than two-thirds of Britons would not prefer frozen meat products in the near future. However, the authorities  assured that the consumption of horsemeat would not harm the health of individuals. Nestle has made considerable efforts in retaining consumer interest by stating that the “actions being taken to deal with this issue will result in higher standards and enhanced traceability.”