Need for water in Fuel technology may result in energy crisis 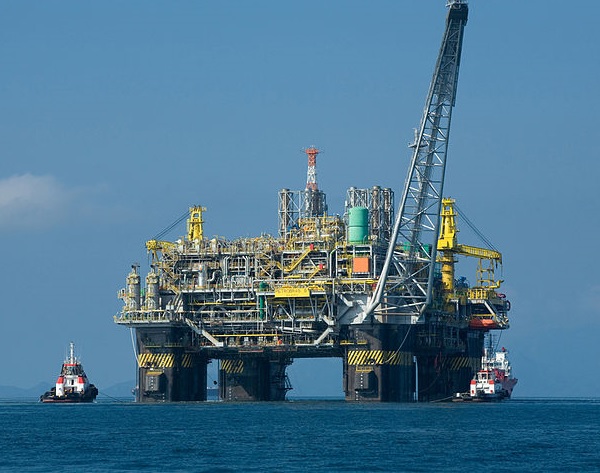 In the past, Americans were concerned about running out of energy to keep their cars revving and their homes heated, but with advanced technologies making oil, natural gas and other fossil fuels more abundant, the risk now is that the world might run out of the water needed to generate power.

According to energy analysts the power generation and oil and gas development, especially from shale bedrock are threatened in areas of water deficiency because progressive critical extraction techniques are heavy users of water.

Reports state, the danger, lies in the U.S. Southeast and West, as well as in the deserts of the Middle East and China, which has some of the most promising fields for fuel extraction worldwide. Other than farming, no other industry uses as much water as energy. Globally, the energy industry typically consumes 15 percent of the water discharged from rivers, lakes and reservoirs. In the U.S. electric power alone accounts for 40 percent of all water use, putting it on par with drinking water and other necessary uses by households and businesses.

Enormous quantities of water are needed to drive the turbines that produce power and to cool nuclear power plants. The quantity of water needed to produce oil and gasoline is increasing rapidly as companies tap into difficult to reach sources buried deep in the bedrock using water-intensive techniques such as hydraulic fracturing. This technique is generally called fracking, splits rock by forcing water and chemicals into it at high pressure.

Oil wells in Saudi Arabia, Iraq and other Middle Eastern nations that have been producing billions of gallons of fuel for years increasingly need water-intensive techniques such as fracking and water injection to keep the fuel flowing. Therefore, each gallon of gasoline consumed on the highways today requires at least 13 gallons of water to make.

The U.S. Department of Energy and the International Energy Agency have documented some spot energy crisis in the U.S. and abroad that were caused by water duress. Analysts say the trend will only increase in the coming years.

In the past water shortages was anticipated most in the American West, where as the report found that the area’s most likely to undergo power outages caused by water scarcity were the South eastern states of Florida, Georgia, Alabama, North Carolina and South Carolina. In these states, periodic droughts cause low river flows and high water temperatures, either of which can drive utilities to cut down on power generation.

“Water is increasingly becoming a limiting factor on U.S. energy production,” said Melissa Whited, an economist at the Civil Society Institute. Because power plants consume so much water, they increasingly are “at the heart of controversies” in communities plagued by power shortages, she said.

Even China is facing significant water constraints to generate electricity. 70 percent of China’s coal-fired power plants are in the area that is prone to water scarcity, and the country has plans to double power generation in desert regions in the west and north where there is water shortage.

One positive aspect in desert regions like western China and the U.S. is the growing viability of solar and wind power, which use less water. The International Energy Agency predicts that water shortages will drive U.S., China and India to rely upon such technologies for power generation.

The most far-reaching problem shooting from water shortage lies in Texas and other areas of the arid West where huge fields of shale oil and gas have been discovered. According to the Environmental Protection Agency, extraction of oil and gas from shale requires large amount of water, as much each year as is used by a city of 5 million people. However, such huge water resources are not available in West Texas where a drought has left some reservoirs almost empty, consequently posing a threat to developing the Wolfcamp shale wells and other sizable shale formations in that area.

Energy analysts are hopeful that the innovative U.S. energy firms that established shale extraction will find ways to get around the water scarcity through recycling and other methods. In an encouraging development, Apache Corp. and a few other shale specialists have reported a positive result at using brackish water for fracking their shale wells. Brackish water is more abundant in the regional aquifers.

Apache Corp is also treating and recycling its fracking water to expel the need for fresh water, in a process that works cheaper than disposing of the water entirely. This development has been proclaimed as a breakthrough in the fracking industry.

Report by the energy consulting firm Wood Mackenzie found that more than half of all shale resources around the world are in areas where there is water shortage, and the problem especially plagues China, which has the world’s biggest known reserves of shale gas.

“If shale gas production is really to take off globally,” the water scarcity problem must be resolved, said Tara Schmidt, a Wood Mackenzie analyst.