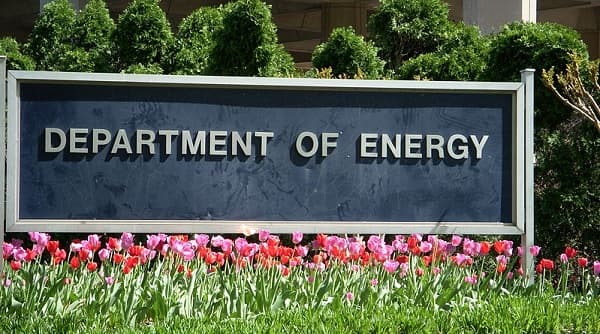 The US Department of Energy

Ever since the boom in natural gas, US energy prices have revised substantially, but have also sparked fears of great environmental harm.  Currently, the technique used to unlock huge reserves of natural gas is called FRACKING and is widely criticized by environmentalists.

The onus with tapping huge reserves of natural gas for the US economy has been energy independence. However, as of now, with the US Energy Department considering exporting natural gas, a fiery debate on the after-effects of such a move has already begun. Many resist the increase in prices that gas export would bring about, besides the increase in manufacturing costs that could substantially dent the US Economy.

On the 19th of November, US Energy Department announced that there was “transformative impact of record gas production from hydraulic fracturing in shale rock formations” executed at Freeport LNG project which is owned by Dow Chemical Co.(DOW) as well as Osaka Gas Co.

The US Energy Department is currently reviewing over 20 applications for the process of establishing export terminals, following the success of such natural gas projects as Freeport LNG. It has already provisional approved one such terminal in Texas, triggering widespread heated speculations of exporting energy. While most analysts insist that the approval process may be long-drawn and will not immediately open ‘gates’ to export natural gas but accept that projects proposed by Dominion Resources Inc. from Virginia and Sempra Energy of San Diego stand high chances of approval.

Furthermore, the US Energy Department has already given the nod t to the Sabine Pass Export terminal in Louisiana which will be operated by Cheniere Energy Inc.

Other stakeholders in Freeport LNG include Zachry American Infrastructure LLC as well as Freeport LNG Investments. Interestingly, the company that operates the LNG import facility is owned by ConocoPhillips and Michael Smith, a private investor.

Most analysts believe that the approval of Freeport LNG  and others will have a huge impact on the US Economy in long time to come.

Majority opinion states that natural gas resources in the US are now in transformative stage and will feel an impact on several fronts. While the degradation, pollution and environmental hazards deep drilling, fracking will impact the immediate environment, exports will help in optimizing energy security of the country. The huge exports will drive profits and will then have a chain effect in ‘spurring economic development’. Indirect employment and increase in job creation are some of the secondary advantages of energy export boom.

Considering that Freeport LNG will export nearly 1.4 billion cubic feet each day in the next 20 years, most residents request the government to consider the export deal. Despite efforts, the government has approved the Cheniere Energy Inc.’s proposal, encouraging several stakeholders to believe that it is “an indication that other projects, including our own Cameron LNG, will receive this authorization soon.”

Exporters believe that the US has a very thin opportunity to participate in exporting LNG to global markets.