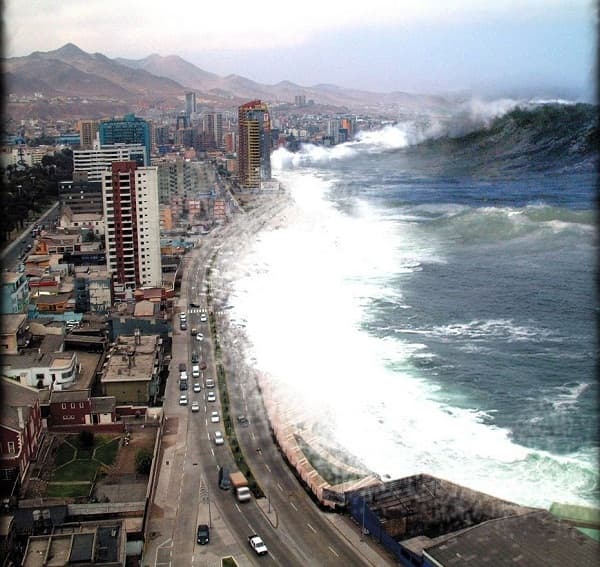 The risk analysis organization, Maplecroft, has shown through a series of studies that the risk of natural disasters such as tropical cyclones, flooding and earthquakes, threatening to disrupt supply chains is much higher in ten countries, among which are included the Philippines, India, Myanmar, Vietnam and Bangladesh. Other countries in the list are Haiti, Honduras, Laos and the Dominican Republic. If the statistics issued by Maplecroft are to be believed, the countries mentioned above seem to be in a position where the largest portion of their financial output is threatened by natural hazards.

The Natural Hazards Risk Atlas brings to light the fact that several of the most crucial growth financial systems present in Asia are under the constant threat of facing the largest economic risk due to natural disasters, mostly because of the large scale exposure of their trading hubs and cities to incidents like flooding. According to Maplecroft, a considerable number of these high risk countries do not have the necessary measures to attempt a full scale recovery from a major event, which leads to greater exposure of investments to the threat of market disruptions and supply chains.

The effect of natural hazards taking place in the Asian growth economic systems of Vietnam, India, Bangladesh, Myanmar and the Philippines is likely to cause some hindrances to their national economy. But, apart from that, the supply chains as well as the operations of many of the biggest corporations in the world who pour money in these regions would also be affected.

Instances of the Effects of Natural Disasters in the Asian Belt

The worst case of flooding in Thailand in a span of almost seven decades had an impact on a minimum of five key commercial parks in the previous year which resulted in the forceful closure of Toyota, Toshiba, Honda Motor Co. and a few other corporations. The influence of this move was felt across corporations which carry out their operations in other nations because of a definite lack of vital mechanism made in Thai industrial units. Maplecroft stated that the ICT sectors and automotive industry were hit in the worst way and producers of hard drives were able to fulfill just two-thirds of the actual requirement in the last quarter of the year 2011, prompting prices to increase by more than 55 percent. Maplecroft ranked the 2011 Thailand floods as being number 32 on its list, popularly known as Natural Hazards Relative Economic Exposure Index, since it managed to clear about nine percent off the GDP of the country and spoiled infrastructure.

The tsunami and earthquake which rocked Japan in the month of March, 2011 was responsible for causing over 55 percent in financial losses out of the nation’s overall annual earnings which amounted to $380 billion. But on the plus side, most of the important economies in the world like Japan, are equipped with a tough government, established infrastructure, strict building guidelines and readiness to deal with disaster which provides them with the ability to recover quite fast.