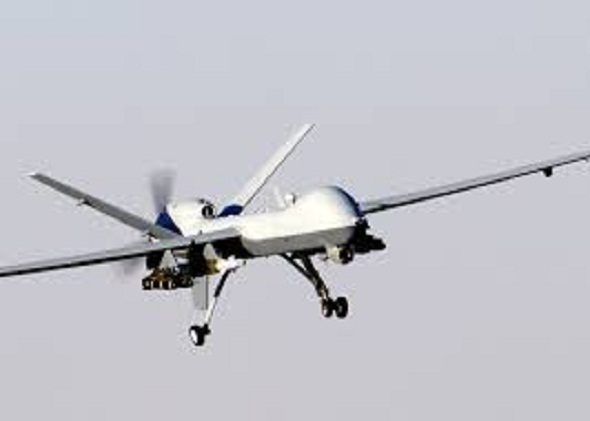 The aircraft weighs around 28.1 kilograms and runs on ten electric motors in total.

NASA’s Langley Research Center has developed a brand-new, battery-powered drone having 10 engines that can take off like a helicopter and fly like an airplane. NASA has even successfully tested the plane that can efficiently fly like an aircraft.

The prototype of the Greased Lightning GL-10 sports a ten-foot wingspan (3.05 meters) and can alter its shape midair to hover like a drone and transform into a plane. Recently the aircraft was tested at Fort A.P. Hill military base in Virginia, which is quite near from Langley Research Center in Hampton.

Researchers said that the plane recently took off vertically, for the first time and successfully rotated its wings to transition from helicopter mode to standard wing-borne flight, and then back to hover mode, on five flights.

The aircraft weighs around 28.1 kilograms and runs on ten electric motors in total. Eight of these electric motors are secured on the wings of the plane while two are attached on its tail. The GL-10 design is inspired by the V-22 Osprey, the VTOL (vertical takeoff and landing) aircraft built during the 1980s for the US Air Force and Marines. It’s a tiltrotor design: The engines rotate to move the plane up and down like a helicopter, or push forward like a propeller-driven aircraft. Instead of a lengthy runway, the Osprey plane can take off and land from the deck of a carrier or from a field in the middle of the jungle. It can haul 32 troops or 20,000 pounds of internal cargo up to 2,200 miles.

Seeing the VTOL capability that has proven useful on large aircrafts, NASA is trying it on smaller planes like the GL-10. Each wing has four motors that are controlled together, with two more on the tail that are also controlled together. The motors are controlled like a standard triple-engined aircraft such as the MD-11, with three distinct throttle controls, two for the engines on each wing, and another for the tail.

The Langley team hopes to spin the technology to be used for a variety of tasks, including small package delivery, long endurance industrial/agricultural surveillance, mapping and other applications.

So far, the team has built 12 prototypes ranging from a 5-pound foam model and 25-pound fiberglass models and then on to a larger 55-pound carbon fiber version. Some models were wrecked due to hard landings as the team perfected flight controls, but the latest version seems to be performing very well.

The NASA researchers now want to conduct more tests to confirm the aerodynamic efficiency of the Greased Lightning. The team want to prove that the GL-10 is about four times more efficient than a helicopter in cruise mode, and it may test some scaled-up versions of the vehicle.

Starlink, the satellite internet unit of Elon Musk’s SpaceX, will most likely be able to provide global coverage by September, according to the company’s president Gwynne S
7 hours ago

Krispy Kreme, the popular donut chain, aims raise roughly $4 billion as it makes one of the biggest IPO debuts at the NYSE.
8 hours ago