Elon Musk, the prolific (or profligate, depending on who you ask) tech giant spearheading Tesla also incorporated The Boring Company (TBC): an American infrastructure and tunnel construction company, under the Tesla umbrella in 2016. TBC’s most recent undertaking proposes to connect Rancho Cucamonga to Ontario International Airport in California, via a 2.8 mile long loop.

The proposed underground tunnel is to be 35 feet deep and 14 feet wide. A San Bernardino County transportation agency unanimously voted to pursue the project proposed by The Boring Company on the 3rd of June, 2020. The County Supervisor, Curt Hagman, was quoted saying the tunnel is projected to ferry 1200 people a day, which amounts to about 10 million a year. He went on to add that “It gets us thinking in a new way. This is something that can be done relatively quickly and inexpensively.” 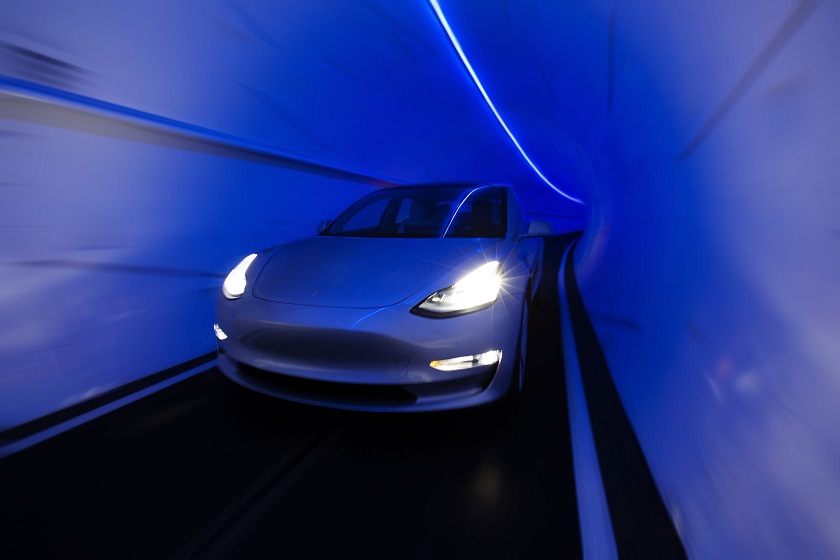 While the original proposal detailed modified Tesla vehicles as the passenger cars, the transport agency finally voted in favor of electric vans that could seat up to 12 people and their luggage at a time. Tesla is working to provide such vehicles, which are to run on rubber tires at speeds of up to 127 miles per hour. The loop will enable passengers to cover the 2.8 mile trip between 90 seconds and two minutes of time. The San Bernardino County will oversee the project, and has reportedly abandoned other studies for rail projects in favor of TBC’s project.

As early as 2016, Tesla was talking about making an electric powered minibus. While those plans didn’t come to fruition, they did provide a glimpse into what “Tesla’s Master Plan Part Deux” might entail. It promised an electric-powered “high passenger density urban transport” vehicle alongside the electric heavy-duty trucks that were the Tesla Semis. Like the original minibus, the new electric van is based on the design of the Tesla Model X. In a tweet in 2016, Elon Musk noted that the “population-density potential” of a vehicle so modeled was “surprisingly high.”

The county is to work with The Boring Company to put out a report addressing routes, costs and environmental concerns by either August or September.

The automotive sector has taken note. Scott Phillippi, UPS’ senior director of engineering and fleet maintenance spoke about GM’s electric van, codenamed BV1, targeted at commercial enterprises looking to transport cargo, saying “It’s going to be similar to what the (Tesla) Model 3 has done for the consumer market. Now all of a sudden, we’re off to the races.”

As car manufacturers scramble to future-proof for an all electric automobile industry as fossil fuels are phased out, Tesla may well eventually get its electric van on the road after it proves itself in the tunnel.