Neuralink’s is to help people with neurological disabilities to be able to communicate with the small embedded device in the skull (Link), which will communicate with an external smart device.

Neuralink, the startup founded by Elon Musk, is mainly engaged in finding a symbiotic connection between human brains and computers. On Friday, Musk presented a demo of the technology where he claimed that he was looking for like-minded people to join his effort. The presentation was not for fundraising or promotion.

“We’re not trying to raise money or do anything else, but the main purpose is to convince great people to come work at Neuralink, and help us bring the product to fruition — make it affordable and reliable and such that anyone who wants one can have one,” he said.

The demo was carried out with the help of three pigs. The whole idea is to put slender electrodes in the brain that will communicate with a computer. Elon Musk called the device, named Link as the Fitbit of the skull. The electrodes connect to a wireless pod that sits behind the ear and can communicate with your phone. Initially, it is hoped that such a device will help people with brain or spinal injuries or congenital disabilities that make them unable to communicate. 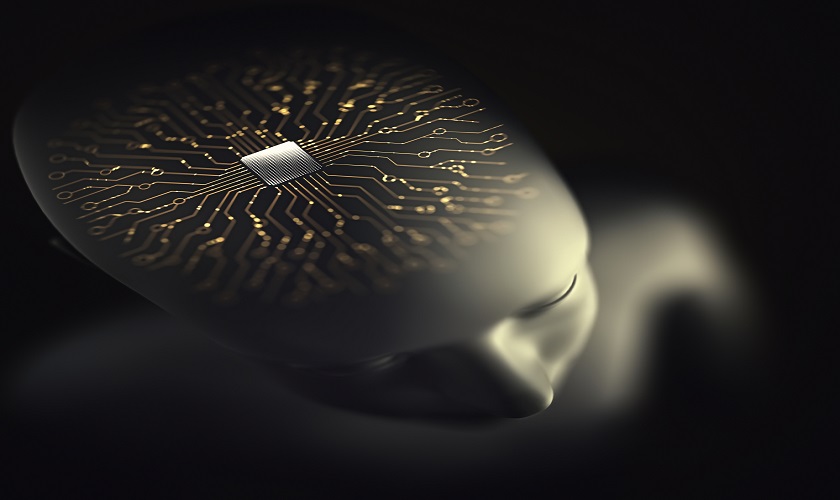 Musk said at the demonstration that eventually everyone is going to need such a device either through injury or when they gradually lose some functional faculties as they age.

Musk has maintained that the Neuralink devices could be revolutionary. “Don’t want to get too excited, but the potential is truly transformational for restoring brain & motor functions,” he had earlier tweeted.

Musk noted that the Neuralink design had changed and was now much smaller and could be hidden under the hair once it is embedded in the skull. He carried a sample piece to show the actual size at the reveal.

The three pigs were there for the purpose of showing how the device works. One (Gertrude) had the Neuralink or Link device-embedded, one was without one, and the third one had got the device embedded for some time but which was subsequently removed.

Highlights from the Neuralink Demo

During the demonstration, a sound display showed a visual spike whenever Gertrude touched something with her snout while looking for food.

“For the initial device, it’s read/write in every channel with about 1024 channels, all-day battery life that recharges overnight and has quite a long range, so you can have the range being to your phone,” Musk said. “I should say that’s kind of an important thing, because this would connect to your phone, and so the application would be on your phone, and the Link communicating, by essentially Bluetooth low energy to the device in your head.”

Musk also revealed during the presentation that Link had received a Breakthrough Device designation from the U.S. Food and Drug Administration in July, and that the company is “preparing for first human implantation soon, pending required approvals and further safety testing.”

The demonstration was of a read device only with e display showing brain signals from the pig. The plan is to have both read and write capabilities in the future to help neurologically affected patients.

The purpose of the healthy pig, which had the device removed, was to show that the hardware Link could be safely updated and replaced whenever needed without any harm.

In the future, the device will be capable of summoning your smart car and control video game interfaces, said Musk. People with Link may also be capable of saving and replaying their memories, he noted.

Adding the caveat that “this is obviously sounding increasingly like a Black Mirror episode, but well, I guess they’re pretty good at predicting.” At the moment, the reveal seems like something from the dystopian future. There will be questions raised about the ethics of implanting such a device in the brain.

The pricing will be brought down to the normal wearable device range, somewhere in the thousand, Musk said in answer to a question. The clinical trials will focus on paraplegic patients and will enroll a small number of such spinal injury patients to test the Link’s efficacy.

Christy Gren
Christy Gren is an Industry Specialist Reporter at Industry Leaders Magazine she enjoys writing about Unicorns, Silicon Valley, Startups, Business Leaders and Innovators. Her articles provide an insight about the Power Players in the field of Technology, Auto, Manufacturing, and F&B.
« US Wind Power Adds 1800 MW of Capacity in first quarter of 2020
Bill Gates’s TerraPower to build nuclear power stations with the ability to store heat energy »
Leave a Comment
Close