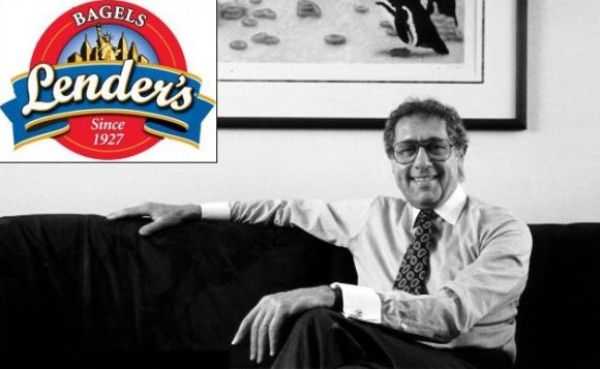 Murray Lender, the Bagel king, helped turn his father’s small bakery in Connecticut into a national company credited for introducing bagels to many Americans. This Bagel king died at 81 on March 21 at a hospital in Miami of complications from a fall. Murray Lender’s death was confirmed by his wife, Gillie Lender.

Gillie Lender told business magazines that her husband died Wednesday at a hospital in Miami from complications from a fall he suffered 10 weeks ago. The couple lived in Aventura as well as Woodbridge.

Possibly Murray Lender was best known from promoting Lender’s bagels in TV commercials. His father, Harry Lender, immigrated to United States from Lublin, Poland, in 1927 and opened what would become Lender’s Bagels that year in a bakery in New Haven. Murray Lender’s wife and two sons, Hyman and Sam, came to the United States from Poland to join him after two years.

According to Symphony IRI Group, a Chicago-based market research company, Lender’s Bagels, which is now owned by the Pinnacle Foods Group, had revenue of $40.9 million last year from the sale of 23.4 million six-bagel packages.

Harry Lender was the one to start the transformation when he bought a large freezer in the 1950s. By ensuring that his product would not go stale after 24 hours, he was able to start distributing it across a large swath of Connecticut. After he died in 1960, his sons pooled their resources to build a plant in West Haven. At first about 100 workers produced 120,000 dozen bagels a week, packaging them in plastic bags and shipping them to 30 states.

That’s a long way from the several dozen a day that Harry Lender hand-rolled and baked after emigrating from Poland in 1927, setting up shop in his garage in West Haven and delivering to local grocers. Murray Lender was president of the company from 1974 to 1982 and chairman two years later when it was sold to Kraft Foods. Pinnacle bought the company in 2003.

The 1970s had seen an unprecedented interest in all things ethnic, and Lender’s frozen bagel was at the vanguard of the resurgence. It was reported in 2009, that Lender’s had reinvented the bagel as a versatile sandwich bread that could be as easily paired with peanut butter and jelly as it could be with ham and cheese.

Murray Lender remained the company spokesman even after the sale to Kraft, making commercials and appearing on talk shows.

Lender said in a statement to a business magazine in 1986, “The frozen bagel is convenient, which is important to today’s on-the-go consumers.” A stroke 13 years ago left him unable to talk, but that didn’t diminish his enthusiasm for life. Although he lost his speech, he was able to make you understand him with his gestures, his whole body and his expressions. It was remarkable indeed. His funeral will be Saturday.