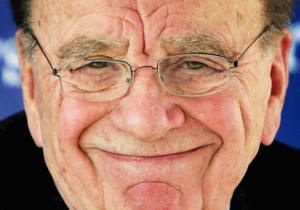 News Corp has offered 700p a share for the 61 per cent of Sky which it did not already own, which equates to a total price of £7.8bn. But Fidelity, one of the world’s largest fund managers, is understood to have told Nick Ferguson, BSkyB’s senior independent director, that Sky has a “fair value” of 950p a share and an additional premium for control would take an acceptable takeout price to over £10.6bn.

Fidelity’s announcement follows the clearance of a major takeover hurdle for Murdoch last week when Culture Secretary Jeremy Hunt said he was minded to wave through the takeover by News Corp after News Corp offered to spin off Sky News into a separate independent company and subsidise it for a decade.

Analysts said the Fidelity letter was the first sign BSkyB shareholders were preparing for tense negotiations over price with News Corp, which also owns Fox Broadcasting Company and a stable of British newspapers including the Times, the Sun and the News of the World. Shareholder value apart, critics of Hunt’s decision who have a stake in BSkyB say a successful takeover of BSkyB would increase Murdoch’s dominance of the UK media.

Fidelity is expected to be joined by other influential Sky investors in arguing a higher price is fair as the broadcaster’s trading performance has improved, with operating profits up 26 per cent to £520m in the last six months. The other investors concerned are believed to include Odey Asset Management, Blackrock and Taconic Capital Advisors, a New York-based fund.

BSkyB’s customer base passed ten million recently and it has successfully expanded into phone and broadband services alongside pay TV.

News Corp, which has more than one third of both the combined UK newspaper circulation market and of the television market by revenues, already owns about 40% of British Sky Broadcasting. Murdoch’s company revealed plans last summer to acquire the remaining stake in the UK’s largest pay-TV operator for $21.3 billion.

Under the terms offered by News Corp, existing BSkyB shareholders would be given an equivalent stake in the new company, but News Corp would not be allowed to increase its 39.1 per cent shareholding for ten years without permission from the government.

However, with regards to the latest announcement from the BSkyB/Fidelity front, analysts feel News Corporation is unlikely to come out with a revised offer through a scheme of arrangement that values BSkyB anywhere near the heady estimates now circulating about the business.

The new conditions accepted by the minister are subject to a 15-day public consultation period.