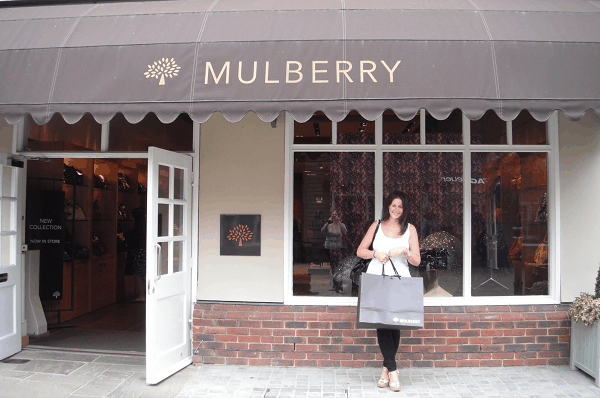 On the 6th of November, British luxury fashion group Mulberry informed that the results from the beginning of the second half of the year were promising as retail sales grew significantly after the first half profit had been affected by operating costs. Mulberry Group Plc saw an 11 percent increase in like-for-like sales in the nine weeks ended on the 1st of December.

Mulberry, which is the British luxury fashion group known for its expensive bags, informed that its retail revenue for the nine weeks ended on the 1st of December increased as much as 19 percent, up from 13 percent sales growth in the first half of the year ended on the 30th of September. Mulberry  Group Plc ’s like-for-like sales grew approximately 11 percent in the period, compared with a 7 percent increase in the first six months.

Due to a strong start British luxury fashion group Mulberry is convinced that it will meet analysts’ full-year estimates. Mulberry Group Plc underlined in a statement: “Although dependent upon Christmas trading, full year revenue and profit are anticipated to be in line with market expectations.”

In addition, the group informed that the wholesale sales dropped about 4 percent in the first sixth months ended September. Mulberry Group Plc saw a profit for the first half of the year decrease to approximately £10 million, from the almost £16 million a year ago. At the same time retail sales growth was roughly 7 percent on a like-for-like basis, compared with the 26 percent increase in the same period last year. British luxury fashion group Mulberry also saw UK retail sales grow approximately 9 percent to over £39 million in the first half of the year. International retail sales of the group jumped as much as 40 percent to £7.3 million as it opened stores in San Francisco, New Jersey, Zurich and Berlin. Top officials of British luxury fashion group Mulberry underlined the confidence in the international expansion plan.

As for online sale, British luxury fashion group Mulberry saw a significant jump of as much as 44 percent to almost £7 million in the first half of the year, accounting for approximately 9 percent of the company’s sales.

Mulberry Group Plc reposes hope in Christmas as wealthier customers spend on the company’s high-end products. Also other luxury fashion groups such as Burberry Group Plc are waiting for the holiday shopping season.