Mt. Gox, one of the most popular Bitcoin Exchanges, has filed for bankruptcy protection in the wake of a security lapse that prompted fake withdrawals by hackers.

The exchange’s CEO, Mark Karpeles, reported the news in Tokyo on Friday, saying that Mt. Gox lost about 750,000 customers Bitcoins or $446 million worth, and also 100,000 of the exchange’s Bitcoins. The cumulative number of lost Bitcoins deciphers to about $500 million at the current conversion standard. 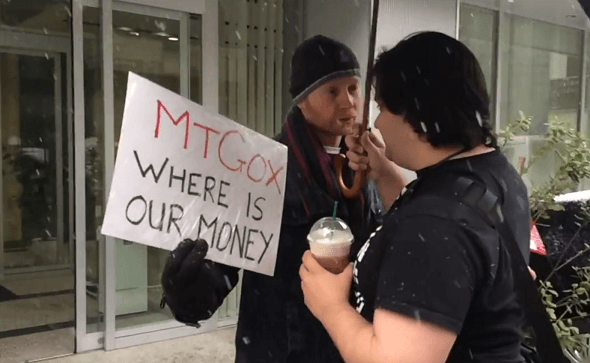 At the Tokyo press conference, Karpeles expressed remorse and said that they are currently trying to seek ways to separate themselves from the larger Bitcoin movement no matter how much profiting or growing it is.

Mt. Gox is said to be one of the most popular Bitcoin exchanges and was regularly referred to in news stories discussing the startling rise of Bitcoin phenomenon which at one time valued as much as $1400.  Karpeles acknowledged that the Bitcoins were stolen through a shortcoming in the company’s system which allowed hackers to gradually withdraw the currency. A software bug in the system which created an increase in incomplete Bitcoin transfers must have been exploited by hackers to take out funds. Due to Bitcoin’s encryption technology, it could be challenging, for stolen Bitcoins to be restored to their holder’s accounts, leaving individuals over the globe with significant losses.

Despite its popularity, Mt. Gox has been often identified as a technically and financially incompetent player in the Bitcoin Universe. Insiders presume lacking of basics like accounting reconciliation and patching software bugs to be one of the leading reasons behind the fake withdrawals.

As per Karpeles’ legal counselor, Mt. Gox has $63.6 million in debt, and half of that in assets. Exchanges like Slovenia’s Bitstamp and American venture-backed competitors are expected to step in. Mt. Gox has also opened up a customer support line to answer inquiries.