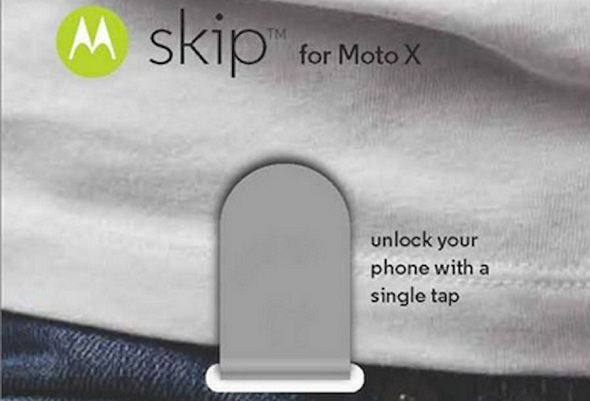 Skip also allows users to skip password enabled lock-screen with a touch, provided it is paired to the phone, just like the first generation device did.

Motorola’s upcoming flagship smartphone will feature a flurry of some new and exciting features! No surprises there, because when Motorola launched its flagship smartphone Moto X, it also introduced a surplus of exhilarating accessories including, Skip a tap-to-unlock NFC clip. The Skip was an attachable NFC clip (near field communication) that enabled users to duck the unlock PIN or pattern on your device with simply a touch.

Well, the Levono-owned company now promises an even superior successor to it, a penny-sized second generation Skip. Wait, what’s so special about the new accessory that has left everybody (you included, but later) excited and all pumped up about?

According to a leaked promotional document that recently surfaced online earlier today, Motorola’s second-generation Skip can now allow users to find their lost keys via a companion app on their phone and find it by simply pressing the Motorola emblem button on front and center Skip. The user only needs to attach the fob to their key ring and there, no matter how many times the keys go under the sofa or in the microwave, they never have to worry.

Skip, in some ways works exactly like the papa generation did. It allows users to skip password enabled lock-screen with a touch, provided it is paired to the phone.

Skip 2 is set to include a user-replaceable battery which can last for up to a year and is compatible with all android devices running 4.3 Jelly Bean or higher. Some of the features will remain exclusive to Motorola handsets. Let’s not hope it’s the ‘key finding’ feature, eh?

The first generation Motorola Skip was initially handed out for free for early birds, and later retailed for around $20.

The accessory will be unveiled by September 4 along with the new Moto X and Moto G.