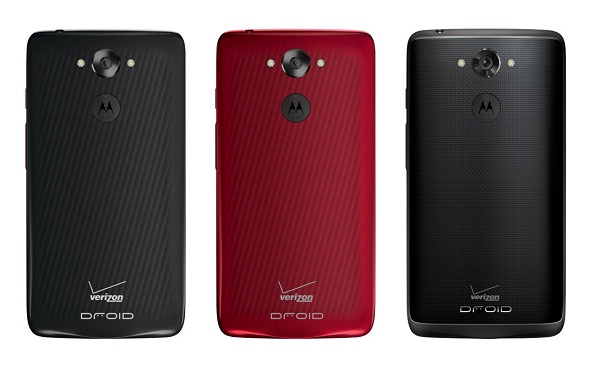 The Droid Turbo Smartphone will reportedly boast a 5.2-inch display with a 2560 x 1440 resolution display.

Motorola and Verizon have geared up to officially unveil the Droid Turbo that is expected to hit the shelves very soon. New images of the smartphone have leaked and the new Droid looks a lot like the second-generation Moto X and Nexus 6.

Motorola recently teamed up with its previous owner, Google on its upcoming Nexus 6 phablet, which will be the first smartphone to ship with Google’s latest and greatest version of Android, Android 5.0 Lollipop.

A photo of the unreleased Moto DROID Turbo was published by Twitter account Moto Firmware which is not affiliated with Motorola, showing the handset with Verizon logo confirming that it is going to be a powerful smartphone with top-of-the-line specs. This also indicates the release date is not so far.

Turbo Charger is another factor that has added to the hype. The charger apparently allows users charge the phone to full capacity in just three hours. Once official, the ‘Turbo Charge’ functionality is expected to serve as a boon to people who are constantly on the move for business purposes. And users who prefer using their smartphones for office work need to ensure that the battery life of their devices is at an optimum level at all times which leads them to plug in their devices for charging more frequently. In such cases, the expected Turbo charger within the next-gen Motorola Droid should come in handy.

The Droid Turbo Smartphone will reportedly boast a 5.2-inch display with a 2560 x 1440 resolution display that packs a pixel density of 565 pixels per inch and Gorilla Glass 3 protection for extra durability and scratch-resistance. Under the hood, the Motorola Droid Turbo also houses a 2.65 GHz quad-core Qualcomm Snapdragon 805 processor, Adreno 420 GPU (graphics processing unit), and 3 GB of RAM. It will also have a 32 GB worth of internal storage and may be powered by Android 4.4.4 and will likely see an Android 5.0 Lollipop upgrade in the very near future.

Camera-wise, the Droid Turbo Smartphone consists of a rear camera packing 21 megapixels, dual-LED flash and has the ability to record videos up to 2160p. It will also have a front facing camera – great for those who love to take selfies and for video chat though the megapixel rate of the said camera is unknown. The device will pack in a large non-removable, 3900 mAh battery that will offer a very impressive 48 hours life capacity.

As for the pricing aspects, the Motorola Droid Turbo is expected to cost $599 without carrier contracts, and $299 locked for two years contract.