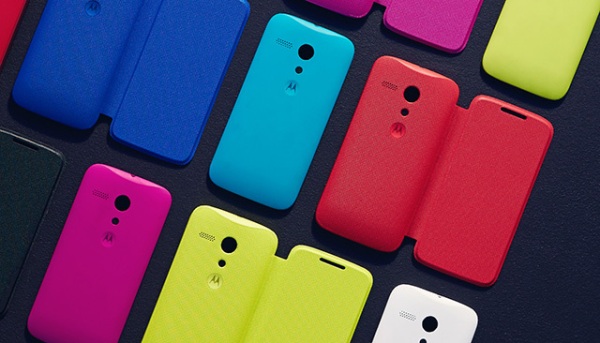 Samsung did not see it coming, but Morola’s low-priced smartphone Moto G is becoming a threatening rival due to its accessible $199 price. According to a recent analysis, the fact that the Google-owned company is keeping its profit margins at the bottom could put significant pressure on the smartphone market leaders.

TechInsights, a research company, calculates that the components inside the 16 gigabytes Moto G cost $123. Motorola only charges $199 for the cheap smartphone in the United States, without a wireless contract. Including further costs, Mark Newman, Sanford C. Bernstein & Co. analyst, estimates that the low-priced smartphone will produce an operating revenue margin of less than 5 percent; on the other hand, a Motorola spokesman affirmed that the company is making money on every single device sold. In contrast, Newman informed that Samsung records a roughly 20 percent revenue margin on its Galaxy S3 Mini, and a 28 percent margin on its Galaxy S4 high-end flagship device. From other perspective, according to TechInsights, Galaxy S4 includes around $91 more smartphone circuitry than Motorola’s low-priced smartphone; but American consumers would pay close to $440 more for the device without an AT&T contract.

The differences in costs and profits are something that contributes in creating tension within the smartphone market players. Newman elaborated that Samsung, which generates more than two thirds of its revenues from the mobile devices’ sells, would not consider moving away from the Android platform; nevertheless, if Google continues pointing a gun at their head, they might be forced to. The South Korean multinational conglomerate declined to comment. Meanwhile, Deniss Woodside, Morotola Chief Executive, declared in an interview that there is a massive demand that the smartphone market is not satisfying, being one of the reasons that the rival phone makers’ rates are too high.

Ever since Google acquired Motorola, the company has posted operating losses of approximately $2 billion, while pricing its devices slightly lower than competitors. The strategy has changed. For instance, on December 2—Cyber Monday—the tech giant offered its high end Moto X at $350 without a contract, which is translated in a 30 percent discount, for the device’s regular price is $500. Google said that during that day servers crashed due to the demand. Strategy Analytics analyst Neil Mawston explained that Motorola has refrained from the price war and that this could seriously upset other Android device producers, component makers, and possibly operators who don’t appreciate the rapid price erosion in the smartphone market.

Google introduced its cheap smartphone last month, created for price-sensitive consumers and emerging markets such as India, Brazil, Argentina, and Peru. Mr. Woodside declined to give further information about sales figures; however, he pointed out that Moto G is on the best-seller lists on Amazon.com in countries such as United Kingdom, Spain, and Germany.