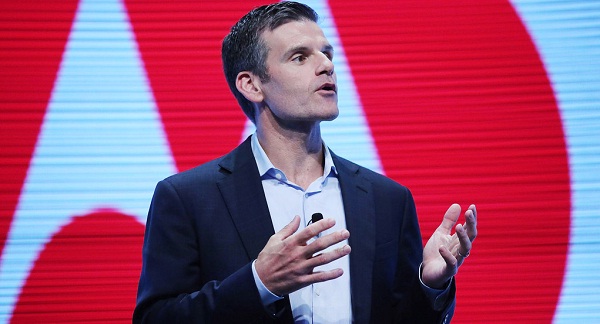 At D: All Things Digital Conference on the 29th of May, it was all about Motorola Mobility, Google Inc.’s flagship smartphone unit all the way. CEO at Motorola Mobility, Dennis Woodside, and head of Motorola Advanced Technology & Projects, Regina Dugan, who graced the conference, had an opportunity to showcase the company’s launches for 2013.

Moto X most likely by October

And there was a big surprise as guests made the most significant announcement on the Moto X. Tech admirers will have to wait as Motorola will launch its first smartphone Moto X under Google Inc. by October 2013.  As the first of a totally revamped smartphone line-up, the Moto X is expected to disrupt existing conventions and be the first of the many more to ‘change other people’s lives,’ according to Dennis Woodside.

It will be ultra-intuitive and will be ‘contextually aware’ of user’s movements. For example, Dennis Woodside underlined that when he pulled the Moto X out of his pocket, the camera would fire up (without explaining the technology or how this would happen) and ‘behave’ by interpreting human actions. The smart performing smartphone would not drain battery-power as it will run on dual-processors, ensuring a most important user-requirement for quality battery-life is assuaged.

Furthermore, Dennis Woodside also informed at D: All Things Digital that Motorola Mobility Unit would produce the Moto X locally, manufacturing facility located at Fort Worth with 2,000 personnel. A few components would be brought-in from overseas makers, he underlined.

At D: All Things Digital, Dennis Woodside reiterated that with Google Inc. at the helm, Motorola Mobility would once again attempt what he called “audaciousness and confidence” that had led to the building of the cell phone industry.

Motorola to launch advanced products like bio-tokens for user authentication

Dugan, the former director of defence group DARPA and now the head of Motorola’s Advanced Technology and projects, told the world about Motorola’s products on bio-authentication and more at D: All Things Digital.

The first were pro-types of two products that were ideal for bio-authentication. The first product was an electronic tattoo that was ideal for user authentication, while the second was a pill with an embedded chip and battery. The pill, which is currently developed by a company named Proteus, when swallowed would emit signals that could be decoded by authorization readers. Motorola Mobility was intensely focused on this pill and believed it could well become its ‘superpower.’ Unfortunately, this pill is yet in the making and it would be long time before it becomes commercially available.

Motorola Mobility is now focused to leverage its legacy as  a pioneering technology company and could well be the disruptive force that will rewrite the carefully built market shares of the current two leaders in smartphone marketplace: Apple Inc. and Samsung Electronics Co.