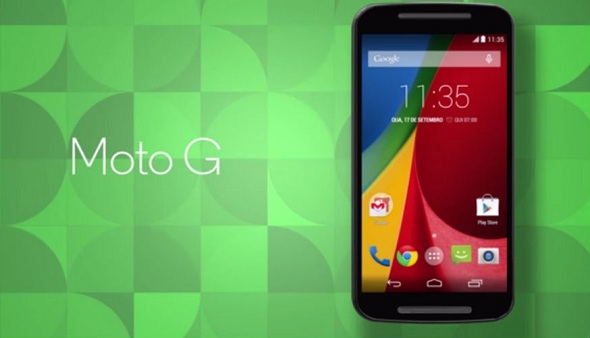 At an event at its headquarters in downtown Chicago, the smartphone manufacturer unveiled successor versions of its flagship Moto X smartphone and low-cost Moto G devices.

Motorola’s most anticipated devices of 2014 have been announced. At an event at its headquarters in downtown Chicago, the smartphone manufacturer unveiled successor versions of its flagship Moto X smartphone and low-cost Moto G devices.

Other specs include a 13-megapixel rear camera with Ring Flash, 4K video capture and 4x zoom, 2MP front-facing camera, an aluminium frame and front-facing microphones designed to improve voice quality and reduce background noise. Motorola has also included an external antenna for what it calls Dynamic Tuning, which ensures the best possible signal no matter where the user is.

However, the Moto X isn’t all about the specs. The device also got some great new software including Moto Assist which can read text messages, go silent during meetings, and even turn off all the sounds when the user goes to bed. There’s Moto Display, which allows users to see notifications and other information without unlocking the device and finally, the Moto X offers Moto Actions, which allows users to wave their hand over the phone to dismiss a call or tell the phone to enter selfie camera mode.

Interestingly Motorola has updated its palette to include new shades of colors. Moto Maker is still an option, too; users can choose from two fronts (white or black), different wood and leather options are also available for the rear. Users can also choose from 10 different accent colors, along with a laser engraving to customise their handsets.

Motorola’s new mid-range phone features a 5-inch 1280×720 resolution IPS display (that’s 294PPI), there’s also a Qualcomm Snapdragon 400 processor clocked at 1.2GHz chipset, Corning Gorilla Glass, with Android 4.4 and a guaranteed update to Android L when that becomes available. It’s also got the Adreno 305 GPU inside. There’s 8GB or 16GB of internal storage, along with a microSD card slot that supports up to 32GB of storage and has both single SIM and dual SIM variants.  Motorola packed in an 8MP camera on the back that boasts a faster f2.0 aperture and a 2MP front-facing camera.

The new Moto X will be available in North America, Latin America, Europe and Asia later this month. It will cost $99 with a two-year service agreement via select carriers and $499 off contract.

The new Moto G is available starting today from Motorola.com as well as U.S. retailers for $179.99, unlocked and off contract. It’s also on sale as of today in India, UK, France, Brazil, Spain, and on motorola.de in Germany.