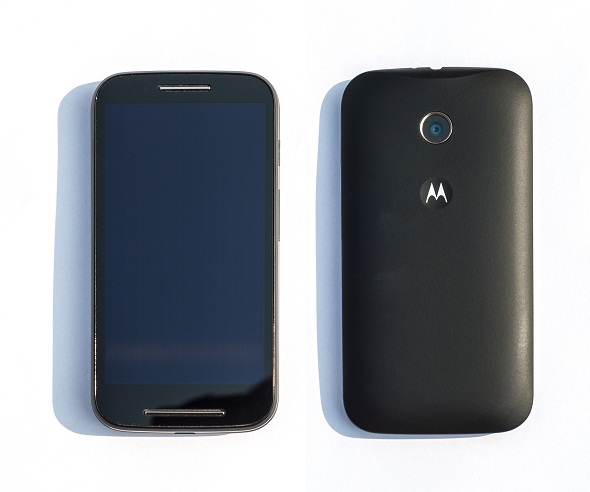 Moto E is aimed at a very specific audience, such people who have never owned a smartphone in their lives.

Motorola, a part of Lenovo on Wednesday announced the launch and immediate availability of the new version of its Moto E smartphone, the latest member of the company’s line of low-end smartphones.

The new version, named as Moto E (2nd Gen) has been launched in two variants. The unlocked 3G model is available for approximately for $120 and 4G LTE version will cost approximately $150.

The second generation Moto E features 4.5-inch qHD display with 540 x 960 pixels (qHD) resolution, as compared to the 4.3 inch display of its predecessor. The Moto E 4G LTE and 3G models are powered by 1.2 GHz quad-core CPU, with Adreno 306 and 400MHz GPU and runs on Android 5.0 Lollipop OS. The 4G version has the 1.2 GHz Snapdragon 410 quad core CPU while 3G version runs on the 1.2 GHz Snapdragon 200 quad core processor. It comes with 8GB storage space and 1GB of RAM and a 32 GB micro SD card slot as the older one.

Like its predecessor, the new Moto E has a 5 megapixel primary camera with auto-focus, but there is no flash. This means low light photos won’t be very sharp. Other features include geo-tagging, panorama, HDR features and has video recording capabilities at 720p at 30 fps. Another addition is the new VGA camera on the front of the device for selfies and video chat programs, which is a huge deal. However, the Motorola Moto E (2nd Gen) still do not offer any flash light for the rear camera. Other connectivity options for the Moto E 3G and LTE models include Wi-Fi, Bluetooth 4.0LE, GPS/ A-GPS, GLONASS and FM radio. Its 2390mAh battery lasts up to 24 hours and the device weighs around 145 grams.

The Moto E is aimed at a very specific audience, such people who have never owned a smartphone in their lives. Starting February 25, the company is rolling out the new Moto E in 50 countries in Latin America, North America, Europe, Asia and the U.S.