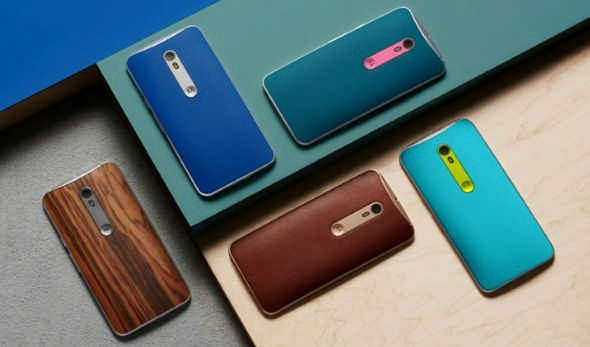 The phone features 3000 mAh battery that promises 30 hours of use on a single charge and runs on Android 5.1.1 Lollipop, out of the box.

The official Twitter handle Motorola Mobility also reportedly confirmed the availability on September 3rd but this particular tweet has subsequently been deleted. What was not confirmed was the phone’s release date for other countries and regions. The Sept 3 release is only for the U.S.

According to reports, The Moto X Pure Edition can be customized through Moto Maker. Buyers can choose between leather, and natural wood covers. Also, it is worth noting that Motorola will be directly selling the Pure Edition version and so customers won’t be able to take advantage of the equipment instalment plans offered by major carriers.

As previously announced the price of the smartphone starts at $399 but the prices may go up depending on the chosen customization. The device is largely identical to the Moto X Style that will be available outside of the United States. However, the Pure Edition is unlocked and will work under any carrier’s network in the U.S.

The Moto X Pure Edition is a pretty powerful device and as far as the key specifications are concerned, the device sports a 5.7-inch display, fitted with a QHD screen resolution of 1,440 x 2,560 offering 520 pixels per inch with Corning Gorilla Glass 3. Under the hood, the device comes powered by a Qualcomm Snapdragon 808 chipset, in combination with a hexa-core processor and backed by 3 GB of RAM and has internal storage options of 16GB, 32GB and 64GB. Internal storage can also be expanded up to 128GB via MicroSD card. The phone features 3000 mAh battery that promises 30 hours of use on a single charge and runs on Android 5.1.1 Lollipop, out of the box.

When it comes to camera specification, the Moto X Pure Edition features a 21 megapixel main rear-facing camera that’s able to record 4K resolution videos at 30 frames per second and 1080p full HD resolution videos at 60fps. It also comes with a dual-tone LED flash. In addition, there is also a 5-megapixel front-facing shooter with LED flash for selfies.

Anna Domanska
Anna Domanska is an Industry Leaders Magazine author possessing wide-range of knowledge for Business News. She is an avid reader and writer of Business and CEO Magazines and a rigorous follower of Business Leaders.
« Ingress Creator Niantic Labs goes First to Split from Google
IBM Launches LinuxOne Mainframe for All Enterprises »
Leave a Comment
Close