Most unsung heroes of business 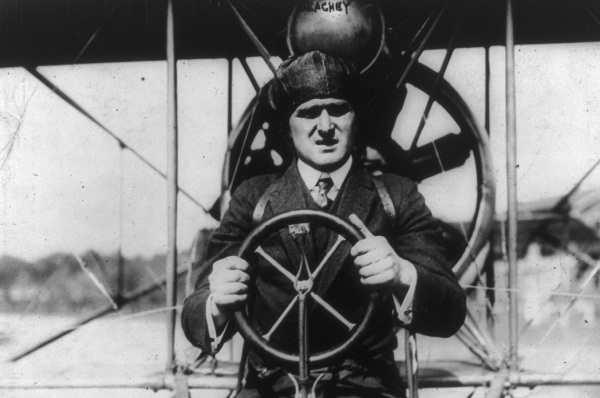 “Without heroes, we are all plain people

and don’t know how far we can go.”

Often unknown and forgotten unsung heroes have repainted the picture of the world. We can find most unsung heroes in almost every field of human history, including business. Those most unheard heroes have changed it seeking neither applause nor reward, often staying in a shadow, giving room to others.

But being in a shadow and not stepping on people do not mean that the most unsung heroes are not as important as heroes we are aware of. They also contribute to the progress of humanity and business as well. Graham Greene was not right, saying that: “The world doesn’t make any heroes anymore.”

The question remains: “How is it possible that one’s achievement will put her/him on a pedestal and another’s accomplishment will not be granted recognition?”

Indeed, the narrative history is not fair at all. However, to give just to the most unsung heroes of business, we will show you 4 portraits of unheard leaders as they have shaped fundamental aspects of life.  Keep in mind that different list present different unsung heroes, below you can get to know four unsung heroes of business. These figures have been appreciated also in many rankings due to their forgotten significance in a given domain. But remember that every list, which is not based on measurable factors, is simply relative.

Can you imagine life without today’s ubiquitous Subway, Taco Bell, Domino’s and other fast-food chain restaurants? Fred Harvey (1835 -1901) is the arguably unknown “father of chain restaurants” in North America.

With his first eating houses and then Harvey House kingdom of restaurants accompanied by powerful and beautiful corps of waitresses called “Harvey Girls”, he really did revolutionize the scene of the American dining. Even though, the “Harvey Girls” are much known, and even though Stephen Fried did excellent work as he wrote Appetite for America: Fred Harvey and the Business of Civilizing the Wild West One Meal at a Time, Fred Harvey is simply not known to the wider public and is still one of the most unheard heroes of business.

In the common awareness, his name does not mean a thing. He is another man who is more or less unknown, faceless. But, in fact, he really did change the picture of business, becoming “the father of restaurant chains.”

Who remembers who Lincoln Beachey (1887 – 1915) was? Today, he is very much unknown despite the fact that during his life he was widely recognized. Indeed, Lincoln Beachey, a man with many names just to mention “The world’s greatest aviator” and “The World’s Greatest Aviator”, is one of the most unsung heroes in spite of his many achievements in the field of aviation. He has been an example demonstrating the authenticity of the Eddie Rickenbacker’s utterance that:“Aviation is proof that given, the will, we have the capacity to achieve the impossible.”

Even in his childhood, Lincoln Beachey got to know himself as a brassy boy. His unlimited courage led him to becoming a hero of his times as he flew balloons, dirigible airships, biplanes and monoplanes during his career which started back in 1905. He is said to have invented aerobatics – nothing to sneeze at.

His short and tragic life seems to be a tale of courage, imagination and entrepreneurship. His love and his courage, however, led to the romantic but tragic death of his when he tried to perform a stunt never done before.

Undeniably, his short life is an example of “a dream come true” as he popularized aviation and invented figure 8s, etc. Yet his fame and achievements have fallen into oblivion and have been staying in the corners of abeyance since then.

Sara Sperling is a today’s example of the most unheard heroes. “A woman of equality,” “A woman of even chances” – these are the names that can describe Sara Sperling who leads diversity and inclusion programs for Facebook Inc.

An author of Secret Sisters: Stories of Being Lesbian and Bisexual in a College Sorority and It Gets Better: Coming Out, Overcoming Bullying, and Creating a Life Worth Living has been trying to introduce a really open environment aimed at enabling every employee to be at one with himself or herself. Her work is focused on growing the social giant’s diversity and developing the inclusion culture as these two values can positively affect the company’s performance as well.

Her work and efforts have started bearing fruits as Facebook Inc.’s campus can glory in unisex bathroom which helps company’s employees feel more at home and relaxed. But that is not last of her achievements in aid of diversity and equality as Facebook Inc. started to scrutinize a memorial page for LGBT young people who were aggressively attacked because of their sexual orientation.

Sara Sperling is indeed one of the most unsung heroes not seeking any plaudit.

Have you ever thought who is responsible for the enormous success of YouTube and the fact that its social network is undeniably ubiquitous? Without a doubt, Shiva Rajaraman is the one who plays the unique role in maintaining the high popularity and availability of YouTube videos played on mobile devices, not to mention other tech gadgets, wall to wall.

Once he underlined: “We’d like to be all things video, and that means getting video into all places.” And this plan is really coming true – YouTube is indeed ubiquitous as it is on approximately 400 million devices, according to latest figures. Shiva Rajaraman is, without a doubt, an unsung hero of YouTube as he has contributed to the company’s outstanding and omnipresent success. Yet he is not known to the wider public and thus invisible.

Unsung does not mean unimportant

Unsung heroes are everywhere, starting from omnipresent Internet companies, cuisine, ending with medicine. There are often invisible as they do not seek any plaudit. But it does not mean that they do not exist. They are normal people with day-to-day problems, but they have this abnormal mind of greatness which leads them to success.

And while some of unsung heroes were not so much unheard in the past, just to mention Lincoln Beachey, we should remember that history is cruel and selective… The truth is simple as once Robert Duvall underlined: “If you don’t have heroes in the beginning, you don’t grow.”

Anna Domanska
Anna Domanska is an Industry Leaders Magazine author possessing wide-range of knowledge for Business News. She is an avid reader and writer of Business and CEO Magazines and a rigorous follower of Business Leaders.
« 5 Most Expensive Sports Memorabilia in the World. More pay and no play
Facebook bears fruits from mobile advertising »
Leave a Comment
Close