“Ugly” Boots Are Your Ticket to New-Age Fashion

Since decades, women have been macadamizing the entrepreneurial path in almost every field and industry. Not only have they led with grace and power, but also with extraordinary leadership skills, that has proved the prowess they inhibit within themselves. Most importantly, the pursuit for success as an Industry Leader, they have always managed to hit the pavilion with a roaring success. From Fashion Icons, Estee Lauder & Tory Burch, to Corporate Icons Sheryl Sandburg & Indra Nooyi, to Media and Entertainment Icons like Beyonce Knowles, Oprah Winfrey, and many more. All these powerful female entrepreneurs started as a sapling and later on bloomed as Giant Icons in the world of Female Industry Leaders. These women entrepreneurs have survived against odds in past, withstanding the business, corporate, and economic pressures to thrive as the best. From semiconductors to fashion, female entrepreneurs have hit the right spot to success and are dominating their self-constructed huge global empires. Our Industry Leaders Magazine brings to you an insight into the world of top 10 most powerful female entrepreneurs from the past and the present century. 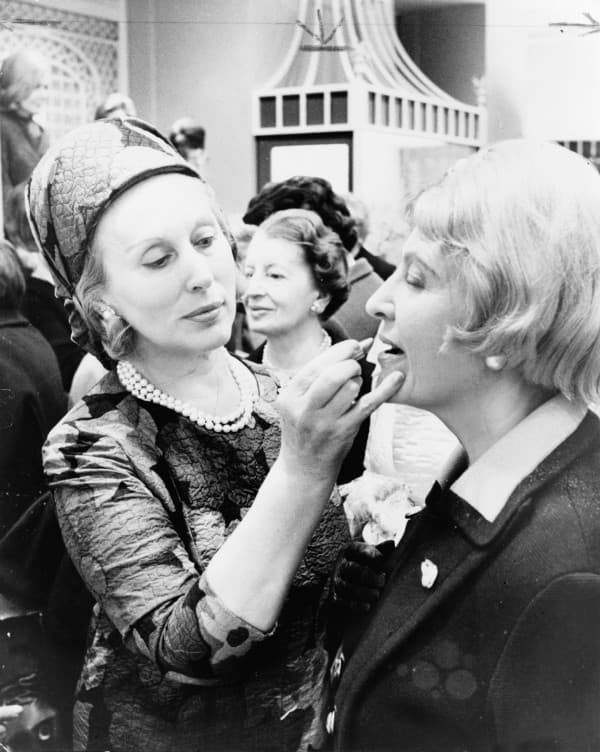 Founder of Cosmetic Giant Estée Lauder Companies, which is also known as the epitome of beauty products, Estée Lauder was born in New York, United States. She started off at an early age by aiding her chemist uncle, blend fragrances and creams in their home kitchen for his skincare business. 1946 was the year when she established her own company the Estée Lauder Co. with her husband Joseph, merely with just four products for sale. In order to finance the budget for small advertising, Lauder started giving regular demonstrations for free at the beauty salons; she sold her products persistently and often ended up halting women on Fifth Avenue for trying her products. Her passion and hard work paid off crowning her the queen of the beauty industry. The cosmetic queen died in 2004, leaving her remarkable legacy as an innovator, philanthropist, entrepreneur, and the first ever female beauty magnate. Even after forty years, the company continues to dominate the cosmetic industry based on science with a whooping net worth of $32.1 billion (US Dollars). 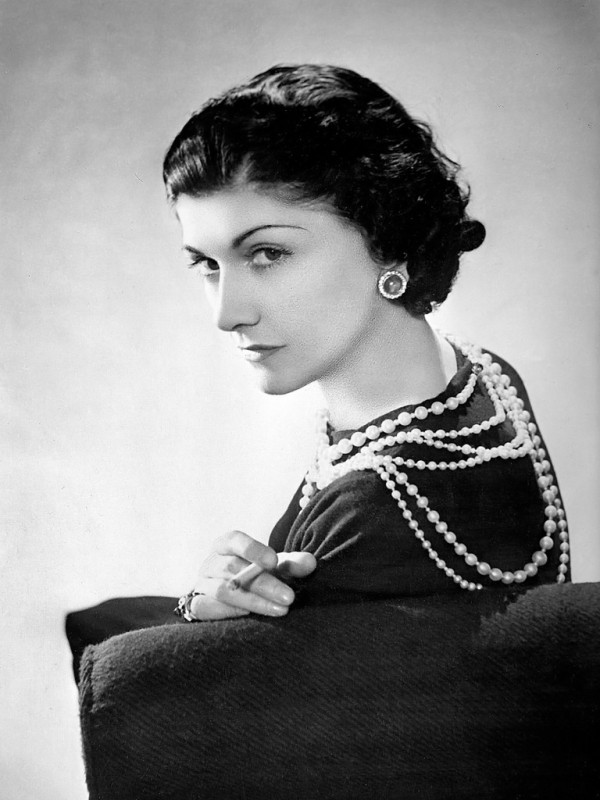 Gabrielle Bonheur Chanel, the woman behind the international fashion giant CHANEL. She revolutionized the entire women fashion industry in the early 20th century. Born in a poor household in Saumur, France, she earned a living working as the cabaret singer, until with a financial help she turned her attention towards the clothing industry becoming an iconic face of fashion. She was a prolific designer and her influence extended beyond the radar of couture clothing, her aesthetic designs paved its way to fragrances, jewelry, and handbags. Her signature fragrance Chanel No. 5 continues to stay an iconic product. She is known for her lifelong ambition, energy, and determination in her social and professional life. She achieved immense success both as a social prominence and business woman. The fashion icon died in 1971, leaving the splendid fashion legacy that is now served by Karl Lagerfeld since 1983. Coco Chanel is the big name in the fashion industry with several top Hollywood superstars and international top supermodels associated with it as the face of the brand.

Fashion is not something that exists in dresses only. Fashion is in the sky, in the street; fashion has to do with ideas, the way we live, what is happening. 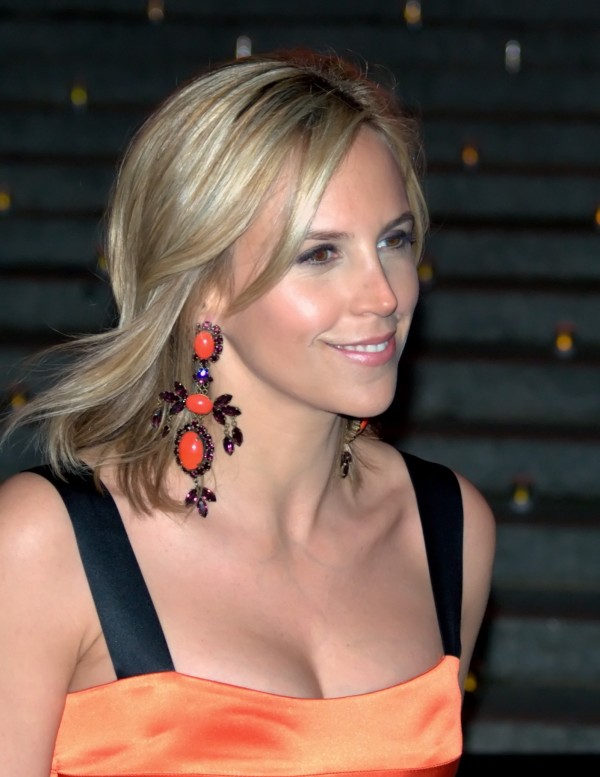 Tory Burch is an American business mogul, philanthropist, and a fashion designer, who has won several awards for her fashion designs. The fashion giant launched her first ever fashion label with a retail store, in February 2004, Manhattan, under the label, TRB by Tory Burch, which later got rephrased as Tory Burch. Since the launch which is 11 years now, the fashion label has expanded to involve 160 stores flagship under its label “Tory Burch” worldwide. The flagships include high- end fashion destinations like New York, Tokyo, London, Los Angeles, Paris, Rome, Shanghai, and Seoul, not forgetting the largest e-commerce websites in several languages. She has emerged as a powerful female entrepreneur and philanthropist in the decade, expanding her empire and establishing her retail market presence in more the fifty countries. She continues to inspire women especially the young age group to come out with the innovating ideas at start dominating the business world.

Even if you’re not yet an entrepreneur, you can be entrepreneurial in everything you do. If you view each stop as an opportunity to learn something, there is always something you will take away from that experience. 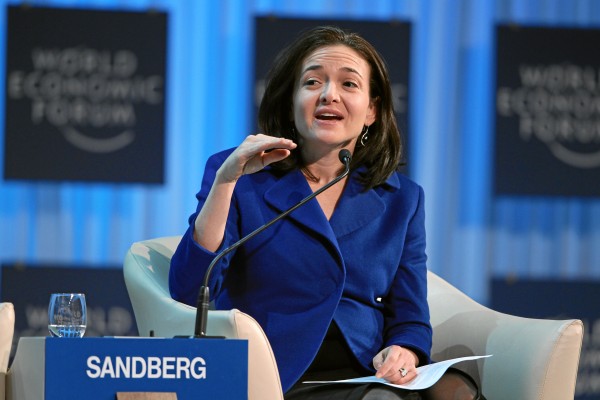 Sheryl Sandberg is currently serving as the COO of Facebook. She has established herself as an author, activist, and an American technology executive. She serves as a board member for The Walt Disney Company, Center for Global Development, V-Day, and Women for Women International. She is described as one of the most influential, successful, and powerful female entrepreneurs in the world. Sandberg is one of the imminent names in the tech industry, and especially for her outstanding service as the Facebook COO. The icon for tech leader she is the inspiration throughout the world. 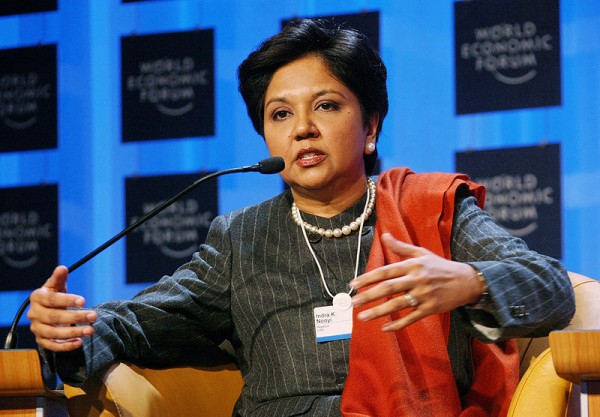 Indian origin, Indra Nooyi, is an American business executive serving as the Chairperson,  and Chief Executive Officer of PepsiCo, which happens to be the second largest company in the food and beverage industry in the world by its total net revenue. Her extraordinary growth as an entrepreneur and a successful industry leader is remarkable. She is the women behind the immense success of the world beverage giant PepsiCo. Her traditional values, morals, strong headed leadership skill, and a growth as an extraordinary businesswoman is the reason, which continues to encourage and influence women to take a step ahead in the corporate world. Nooyi resides as the most iconic women in the corporate business, along with being the most influential, powerful, and successful businesswoman since decades. She is one of the most famous female entrepreneurs in the world. 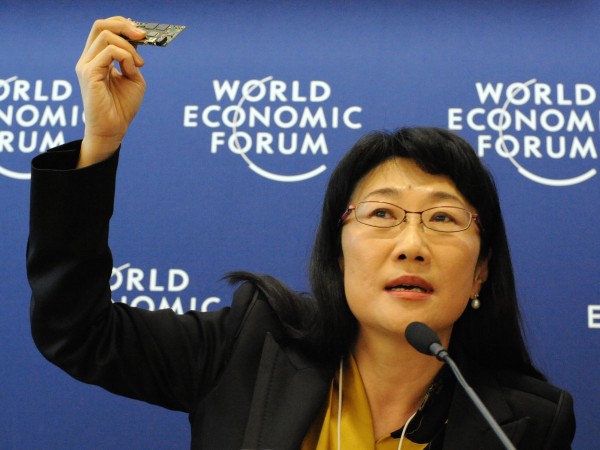 Cher Wang is a Taiwan-born philanthropist and entrepreneur. Wang is considered as the most powerful and successful female executive in the tech industry as the founder and chairperson of HTC Corporation and VIA Technologies. She has a covetable track record in the world of electronics industry. Cher’s strategic insight into entrepreneurship and technology trends has made her a highly successful and influential name in the field. She is said to have the most profound effect on global finance and business.

There is usually an ‘X factor’ that is hard to define. For HTC, I think it is our culture. We embrace the best of our Eastern roots and combine it with the best of the Western cultures where we have leadership and offices. It makes the culture colorful as well as energetic and creative. 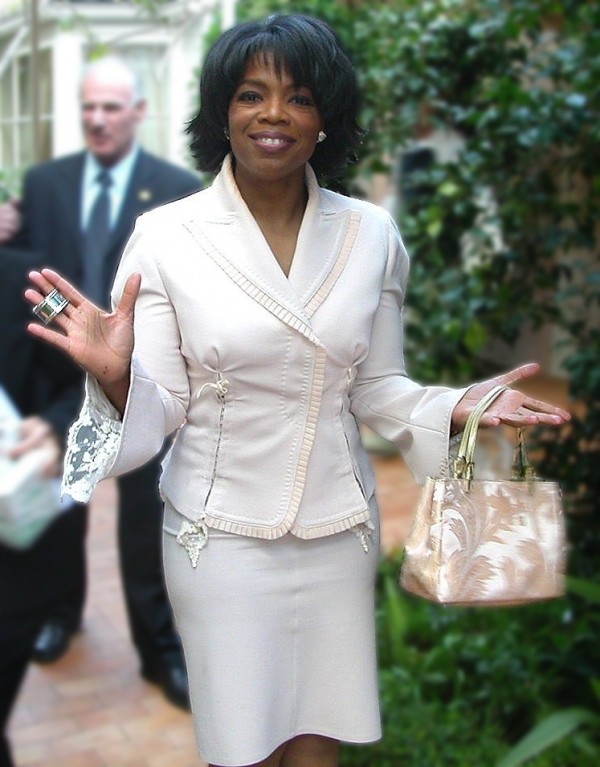 Born as ‘Orpah’ Gail Winfrey, Oprah is a living legend. An American entrepreneur, philanthropist, producer, actress, and TV show host, known for her world-famous and the most rated talk show of the history ‘The Oprah Winfrey Show’. The show was broadcasted in 110 countries and was syndicated internationally from 1986 to 2011. She is the richest African American of the 20th century. Winfrey is the first ever black woman to run and own a TV network, named Oprah Winfrey Network (OWN), which was launched on the first of January 2011. Harpo, Inc., chairman, Oprah is the living testimony that the American dream is well and alive. In a career path filled with gilt- edges and firsts, Winfrey has administered to amass a huge fortune, evolve into one of the most powerful personas in the entertainment industry. Despite all such achievements she maintains a sense of compassion and humility we all should look forward to, in order to strive for the best.

The thing you fear most has no power. Your fear of it is what has the power. Facing the truth really will set you free. 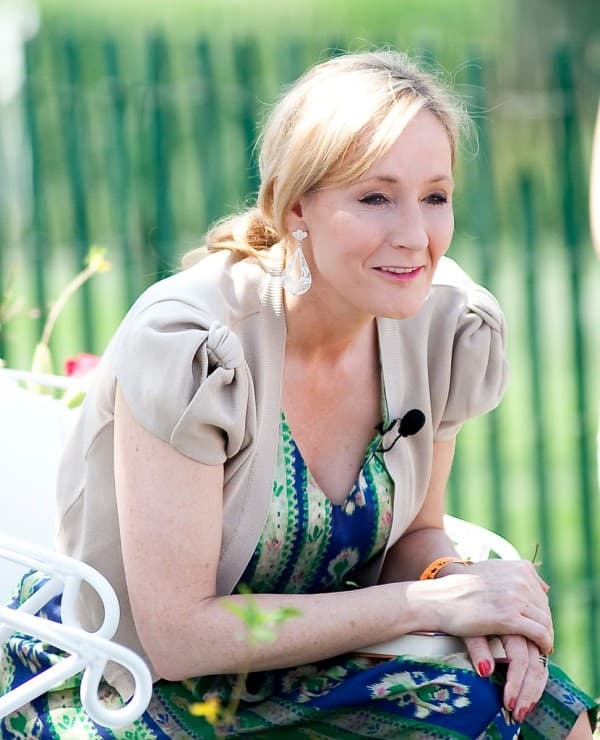 J.K. Rowling is a British novelist, entrepreneur, adult mystery author, designer for Amusement Park and toys, Screenwriter, and a TV writer. She is best known for her all time classic Harry Potter Series. She started her career when she was a single jobless mother, today she is one of the most successful and iconic female entrepreneurs in the entire history. Rowling followed her dream despite facing obstacles and failures for Harry Potter, in the end created it a franchise series for movies and a global brand. Till date, it is all time highest ever grossing film series. Her attitude towards new enterprise and creativity makes her one of the greatest entrepreneur and an inspiration to people across the world.

It is impossible to live without failing at something unless you live so cautiously that you might as well not have lived at all, in which case you have failed by default. 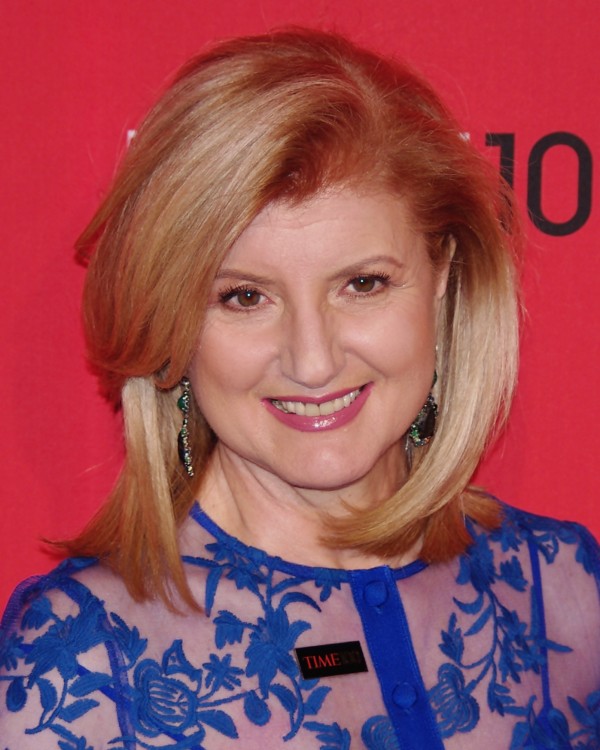 Arianna Huffington is the well known Greek American Entrepreneur, Role Model, Columnist, Author, Occasional Actress and a Business Mogul. The Huffington Post editor-in-chief and co- founder, Arianna Huffington is a role model for women. In the media companies and tech startups being male dominated still, she has carved her own niche. She is an inspiration to entrepreneurs and media people around the world. She has built an international fame for herself, influenced and inspired millions of people around the globe, and, eventually she has amassed a huge personal fortune. In her own words, her life is an American Dream’s shining example.

Our current obsession with creativity is the result of our continued striving for immortality in an era when most people no longer believe in an after-life.

Carrie Ann
Carrie Ann is Editor-in-Chief at Industry Leaders Magazine, based in Las Vegas. Carrie covers technology, trends, marketing, brands, productivity, and leadership. When she isn’t writing she prefers reading. She loves reading books and articles on business, economics, corporate law, luxury products, artificial intelligence, and latest technology. She’s keen on political discussions and shares an undying passion for gadgets. Follow Carrie Ann on Facebook
« Google Launches Android Pay, Its Mobile Payments Service in the US
Why did Google pick John Krafcik as the new CEO for its Self Driving car project »
Leave a Comment
Close

After the deal is finalized, VMware shareholders will elect to receive either $142.50 in cash or 0.252 Broadcom stock for each VMware share. Under the deal, Broadcom will also take
2 hours ago

Sweeney adds, “The problem here is a classic monopoly tie. You start with hardware. Apple makes smartphones and they profit from their smartphones — and they deserve to. But th
6 hours ago

The New York Post reported that the Bolt layoff will see restructuring across US, Canada and Europe. They expect that roughly one-third of the entire workforce will be impacted by
6 hours ago