Most Popular Electric Car Models Of 2018

The future of automobile industry is all about the best electric vehicles running on the roads. The zero-emission cars manufactured by Tesla and Nissan currently feature as the Most Popular Electric Car Models of 2018, and that too, all around the globe. Today, the U.S., Europe and China are the top manufacturers as well as consumers of the battery-powered electric vehicles (EV).

Along with these two popular electric car manufacturers, other leading global automakers are also leaning towards clean energy initiatives. BMW recently teased the concept edition of iNEXT electric car titled “Vision” concept. The German car manufacturer has planned to launch 13 pure electric cars by 2025. Earlier, Volkswagen has declared to bring electric version of each of its 300 car models in the market by 2030.

In fact, the worldwide automakers have aimed to develop infrastructure to complement their sustainable project. Their interest in zero-emission auto is driving the momentum of electric car sales globally.

And now this leads us to drive through the most popular electric car models of the year. 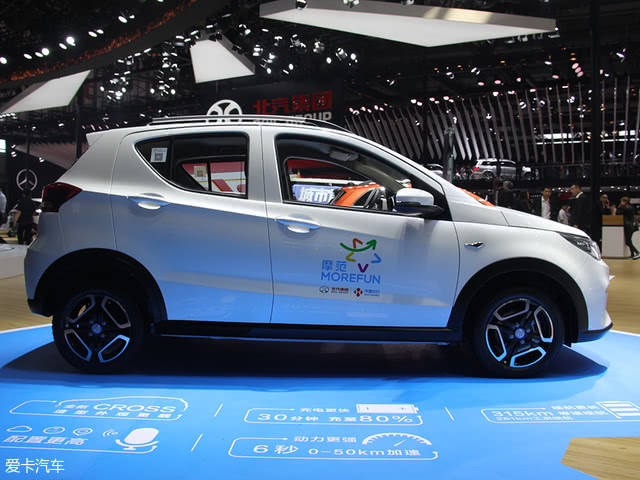 BAIC EC-Series, the Chinese electric car, is leading the charts of the highest selling electric cars of the year. With 15,132 units sold in Jan/Feb 2018, according to Jato Dynamics data, BAIC EC-Series disrupted the electric vehicle industry. It ruled out Nissan LEAF for the number one position in the global electric car sales in 2018. Dominating in the home market, BAIC EC-Series is now gradually termed as ‘Tesla of China’.

Operating on the lithium-ion battery, BAIC EC-Series comprises EC180 rebranded as EC3 or EC220. The top-selling Chinese BAIC EV hatchback is priced at $22,000 (before subsidy). It has a driving range of 164 miles and cruises up to top speed of 75mph. 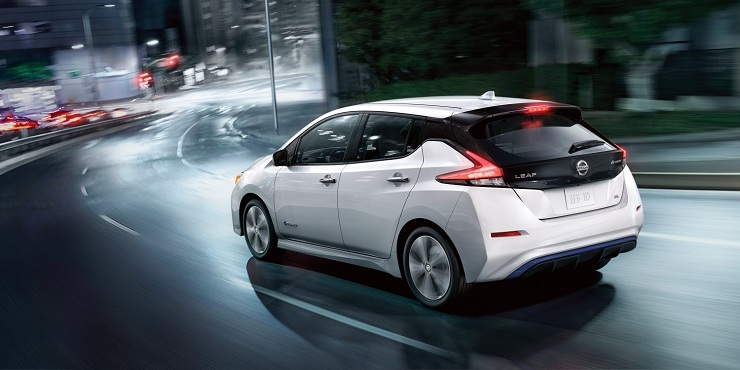 This should not come as a surprise to anyone. Nissan is a pioneer in building electric car technology & infrastructure, the initiative adopted as a part of a sustainable and intelligent way of living.

Introduced in 2010, Nissan LEAF is the world’s highest selling electric vehicle car. It has the world’s widest reach and highest availability too. Moreover, it was crowned the “2018 World Green Car” at the New York International Auto Show 2018.

As a commitment to Nissan Intelligent Mobility, 2018 Nissan LEAF is launched with multiple advanced technologies. For instance, ProPILOT Assist, ProPILOT Park, and e-Pedal are integrated for, what Nissan calls, intelligent driving. With an increased power output of 147 horsepower and torque of 236nm, Nissan LEAF accelerates to 151 miles. Available in three versions, the leading fully electric passenger car price range starts from $29,990. This makes it the most affordable electric vehicle too.

The battery of 100kWh powers the all-electric car to run 315 miles. Tesla’s flagship model, Model S can accommodate five people. Tesla boasts to pass the highest level of on-road safety test on auto-pilot mode, though this is a controversial topic now. 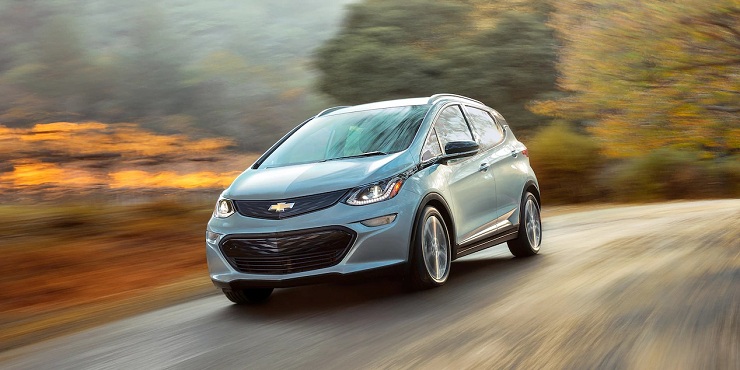 An all-electric Chevrolet Bolt EV (and not Volt) is the only model that delivers 238 miles range on a full charge in the affordable electric car category. The prices starting at $37,495, Bolt EV gains horsepower of 200 and torque of 266 from 60kW Lithium-ion battery.

Chevrolet Bolt EV is a 5-door hatchback, with front-wheel drive. This comes with an optional fast charging port worth $750. Chevrolet’s leading electric car model attains 0-60 mph within 7 seconds and maintains the top speed of 90mph. 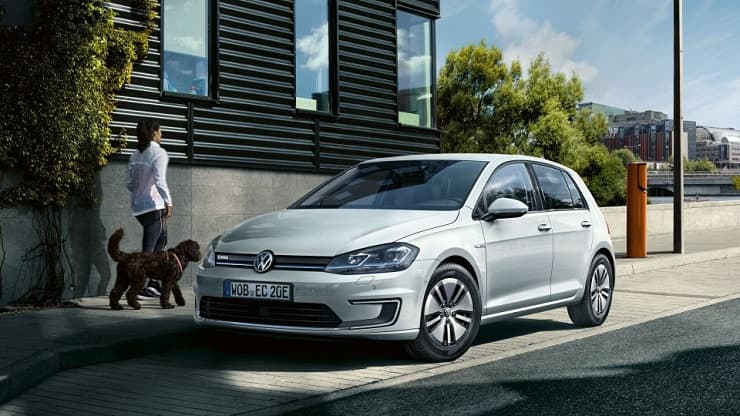 Encompassing a powerful and almost noiseless electric motor, Volkswagen e-Golf quietly fits as the electric car model of the year. It possesses a power of 100 kW and a torque of 290 Nm. Volkswagen’s electric model picks up from 0 to 60 mph in 4.2 seconds. E-Golf travels 180 miles on a single charge without any emission.

The e-Golf charges the battery to 80 percent in just 45 minutes while charging at public charging stations and using the CCS quick charging system. The all-new e-Golf costs a hefty $53,500. 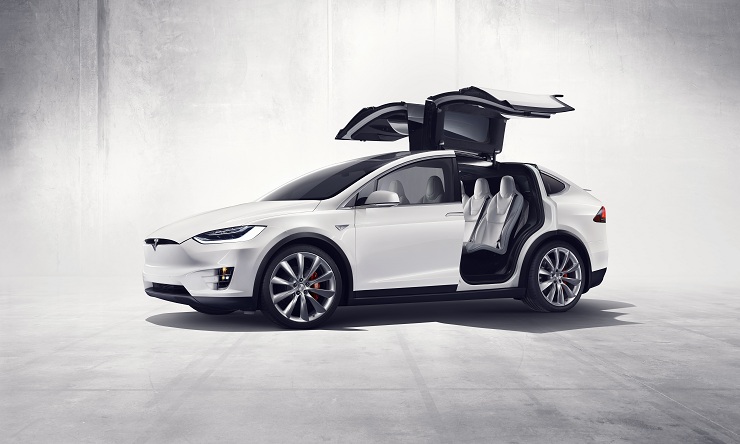 With a room for seven, Tesla reappears in the list with its most promising and stylish all-electric SUV, Model X. An electric car model with falcon wing doors, Model X delivers a panoramic view from the front. 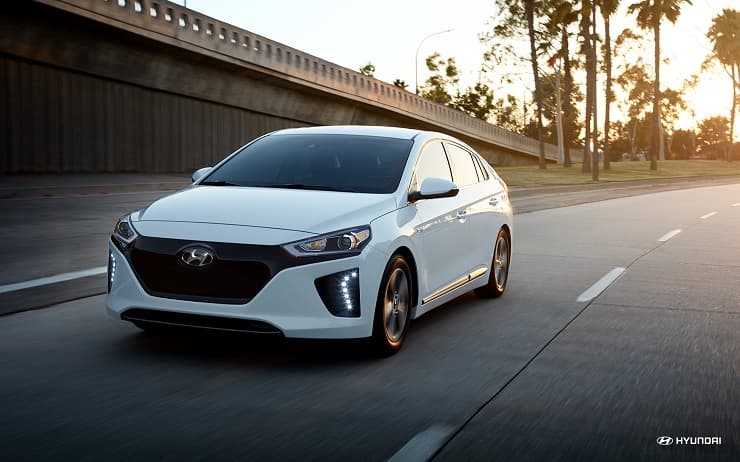 Hyundai Ioniq has three models – plug-in, electric and hybrid. Offering 124 miles on a single charge, Hyundai Ioniq all electric-version is available only in California presently.

A 28kWh capacity Lithium-ion battery thrust a power of output 88kW and torque of 218 lb-ft. The electric car is constructed from high-tensile steel. Ioniq electric will hit the roads from 0 to 60 mph in 9.9 seconds. $29,500 is the starting price for all-electric Hyundai Ioniq.

Driving at a maximum range of 114 miles on a full charge, BMWi3 is a compact all-electric model. It incorporates a battery of 33kW capacity transmitting 170 hp power and 184nm torque. It accelerates from 0 to 60 mph in 7.2 seconds and flies at 90 mph on maximum speed. Also, it is the most efficient electric car sold in the USA.

BMW i3 design makes itself appear unique on the roads. It includes a Carbon Fiber Reinforced Plastic (CFRP) roof and exterior thermoplastic bumpers, fenders and door panels. The original electric vehicle presented by BMW, i3 price starts from $44,450. 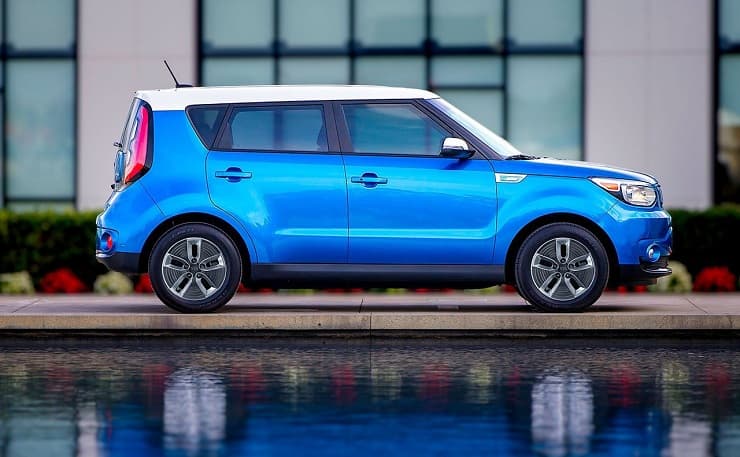 Kia, one of the best EV brands, offers a promising electric crossover SUV, Kia Soul EV. With a strong 109 hp power and 210 lb-ft nm, the battery runs for 93 miles on a single go. Soul EV bumps to 60 mph from 0 within 9.7 seconds. It attains the maximum speed of 92 mph.

Kia Soul EV reserves the electric energy generated during braking in the battery. This feature enables the car to deliver efficient performance for a longer duration.

Kia Soul EV has a front-wheel-drive layout. Arriving in a price range of $33,950 to $35,950, Soul EV is an affordable option for a fun and fearless drive.

Zoe is the best electric car model of the year in terms of performance and price. It possesses R110 engine with an option of fixing Q90 motor for fast charging. Zoe is a compact 5-door city car but it appears like a coupe.

This Renault electric car model, which is below the $30,000 range, forces a dynamic 84hp power and 225nm torque. It reaches up to 84 mph at the top speed.

Have you been waiting for the most-anticipated roundups of the year – books Bill Gates recommends? Well, here it is. ...
16 hours ago