Warning: preg_match(): Unknown modifier '/' in /home/customer/www/industryleadersmagazine.com/public_html/wp-includes/class-wp.php on line 233
 Most lavish wedding the world has seen till date - Industry Leaders Magazine

Most lavish wedding the world has seen till date 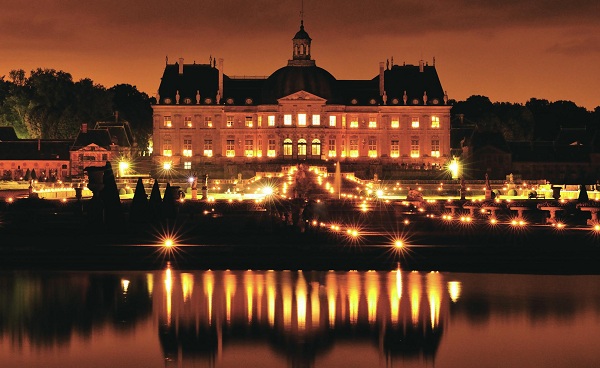 Lavish weddings certainly don’t come cheap! But some weddings will go down in history as the most memorable in a number of ways. If every bride had her way, there would be numerous weddings competing for the “most expensive” tag. Unfortunately, only a few brides can flaunt this tag. For a majority of others, the average wedding costs not more than US$50,000. On average, an American wedding costs US$30,000.

But what if you had the opportunity to spend even more money? Way out of this world? What if you could run your wedding for five days straight? Or better yet splash some US$1.5 million on reception wine? Or a bride with an over US$1 million gown? The above questions or possibilities fit the wedding profiles of only the most moneyed people in the world.

The rich can afford to spend lavishly on their weddings to make known their love for each other. Nuptials have never been this expensive! The moneyed will go to whatever possible lengths to show the world what it means to tie the knot. Millions of dollars are invested in lavish ceremonies that are the envy of every bride or groom. Unfortunately, as expensive as they are, some of these lavish weddings don’t survive past their first anniversary. But that is a story for another day!

In a survey of the world’s most expensive weddings ever seen, one nuptial celebration stands out. To date, the Guinness Book of Records topping wedding of Vanisha Mittal and investment banker Amit Bhatia remains the most expensive wedding ever. Vanisha Mittal is daughter of Indian billionaire Lakshmi Mittal.  The record holding wedding cost an estimated US$78 million.

So who really is Vanisha Mittal?

As earlier indicated, Vanisha Mittal is the youngest daughter of Indian billionaire Lakshmi Mittal. The Indian billionaire is owner of the world’s largest steel company (Mittal Steel Co N.V.) and was ranked the fourth richest person in the world by Forbes Magazine in 2008.  Vanisha Mittal holds a Business Administration degree from the European Business School and a Masters degree in South Asian studies from the London’s School of Oriental studies. She is also a holder of a Masters degree in African Studies from the University of London.  She joined her father’s company in 2004 as a member of the board of directors.

Perhaps being daddy’s little girl may have played a part in Vanisha Mittal’s wedding. Held for five days in June 2004, Mr. Mittal rented the Vaux le Vicomte, a 17th-century chateau in France as the venue. The wedding was the biggest single event on the Indian calendar in 2004.  Some of the lavish activities during the wedding could only be undertaken by a rich couple. For instance, invitations were dispatched in a 20 page silver book. Additionally, a top chef was dispatched from India to service the occasion with more than 100 dishes. As for the wine, a wine tab went for US$1.5 million. The event was attended by some 1,000 guests who travelled from various parts of the world to France in 12 chartered Boeing jets. For the occasion, the couple had their own special castle built in Saint-Cloud.

The Highlights of the event

The crowning activity for the wedding was a performance by Kylie Minogue. But a cocktail party for the guests witnessed an interesting performance from Mr. Mittal and his wife, Usha. Journalists were strictly not allowed at the function. But reports suggested Mr. Mittal and his wife acted themselves in an hour long drama depicting the love story of their daughter and her husband. The function was held at the banks of the Seine. The India Telegraph then reported that the Can Can girls had also entertained visitors. Vanisha Mittal’s bridal trousseau was designed by acclaimed Indian designers, with names such as Suneet Verma and Tarun Tahiliani popping up.

The Bollywood Night was a hit with performances from pop star Kylie Minogue, as well as Shah Rukh Khan. The high powered guest list was entertained by Kylie Minogue for 30 minutes. Everything about the wedding and the various activities spoke of wealth and riches. The popular Indian movie stars Rani Mukherji and Saif Ali Khan gave the couple some marriage advice, played out through songs and carefully done scripts. The lavish spread of cuisine at the Bollywood themed night featured the best of the best from top notch restaurants around the world.

It will be a long time before Vanisha Mittal and investment banker Amit Bhatia’s wedding is removed from the number one “most expensive wedding” spot. Even the English monarchy’s recent wedding, at around US$34 million, couldn’t come near Vanisha’s wedding in terms of costs.