Industry Leaders has selected 10 innovative business leaders who have revolutionized different industries from IT and technology to banking and finance, from food and beverages to pharmaceuticals.

Why Business Leaders Should Focus on Care and Empathy

To become a business leader requires innovation and a heart of courage to push boundaries in pursuit of something new that could not work. Indeed, it is possible to rake a profit without taking any risks, but the likelihood is that the venture will lack innovation. It is industry leaders like Steve Jobs and Elon Musk who have risked all and won that capture our attention because they tend to be innovators and risk-takers.

Industry Leaders has selected 10 innovative business leaders who have revolutionized different industries from IT and technology to banking and finance, from food and beverages to pharmaceuticals. Pat Brown was an easy choice for our list because of his phenomenal success in transforming the way we eat. He is a visionary who is set out to solve the most urgent and important problem in the world. Crucially, he is focused on the big carbon win.

Legendary entrepreneur Peter Beck made it to our list for the incredible vision and a passionate desire he brought to the aerospace industry. In our cover story, we have many such entrepreneurs who have led with persistence and a willingness to be resilient in ensuring their long-term success, even if it might have meant to face short-term setbacks.

These are the men and women who’ll impact our everyday lives in the 21st century, be it through retail, entertainment or technology – their power is unrivaled.

Here is a list of most innovative industry leaders of 2019 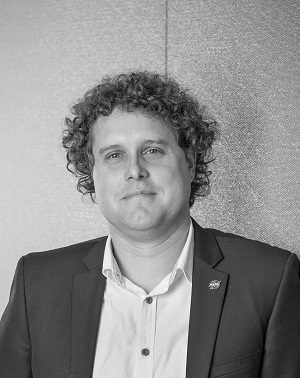 Starting a truly original aerospace company is pretty tough in today’s market. With neck to neck competition and open sourcing, it seems like every idea has been scribbled through or executed 1000 times already.

But then we hear about Peter Beck and his aerospace company Rocket Lab. The New Zealand based company just completed its third commercial launch of 2019 and is planning to increase the frequency of its launches until there’s one a week. It’s ambitious, and a not particularly well-trodden.

Since founding Rocket Lab in 2006, Peter has grown the company to become a globally recognized industry leader in space and a billion-dollar company employing world-class engineers and technicians.

Peter Beck played a crucial role in the development of the world’s first and only private orbital launch range, located on New Zealand’s Māhia Peninsula.

Under his leadership, Rocket Lab’s launch model will see thousands of small satellites reach orbit on their terms. The man is capable of big, bold moves. 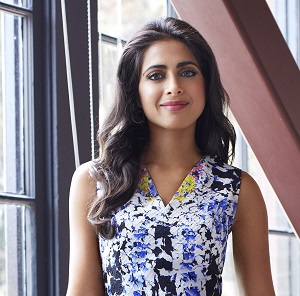 Ruzwana Bashir is one of the States’ most influential businesswomen; she has the founder and CEO of Peek, an online travel company backed by Jack Dorsey of Twitter, Eric Schmidt of Google and David Bonderman of TPG Capital. Bashir graduated from Oxford University and earned a master’s degree in business administration at Harvard University on a Fulbright Scholarship. She has had a fulfilling career in banking and finance but her impressive resume doesn’t make the story of her entrepreneurial endeavor any less inspiring.

Since it was founded in 2012, Peek has revolutionized the travel industry, and is heading to spread its wings across the world soon. It seems there is not one area where Ruzwana Bashir cannot conquer. Her next move will be closely watched.

It’s likely that many of you know and love, or have slept on Saatva, Loom & Leaf, and Zenhaven. All of which begs the questions: what are these names?

With such a stronghold in the world of online mattress e-commerce, Saatva holds a position of great influence. The Saatva company is the seventh-fastest growing private retailer in the U.S with brands such as Saatva, Loom & Leaf, and Zenhaven to convince you to drop thousands of dollars on your mattresses without bouncing on it first to see how springy it is. In 2018, Saatva generated $207 million in revenue and has a solid five-year plan to make peak $1 billion in revenue.

Ron Rudin & Ricky Joshi have been credited with breathing a new life into the mattress industry. Since consumers cannot test the mattress Rudzin thought it was important to provide a white glove delivery experience. The founders haven’t had much sleep themselves – after all, they build the company from nothing. 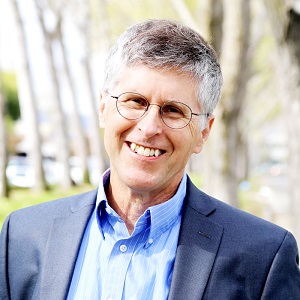 The chief executive and founder of Impossible Foods is as influential and iconoclastic as they come. Since the company began experimenting with meat-free burger in 2011, founder Pat Brown has attracted over $300 million in funding and has garnered the backing of institutional investors include Khosla Ventures, Microsoft Corp co-founder Bill Gates, Google Ventures, Horizons Ventures, UBS, Viking Global Investors, Temasek, Sailing Capital, and Open Philanthropy Project.

Pat Brown has always been entrepreneurial – the idea for Impossible Foods came to Pat while he was on sabbatical from his position as an HHMI investigator and professor of biochemistry at the Stanford University School of Medicine. He realized there was a way to make affordable meat and dairy products from plants in the developing world, where the appetite for meat is on the rise. His unwavering belief in making an impact in history turned his attention to eliminating the use of animals as a food production technology in order to cut down greenhouse gas emissions caused by their transportation system. Thus, Impossible Burger was born.

Impossible Burger is now sold at more than 7,000 restaurants worldwide including Qdoba, White Castle, Red Robin and at Disney theme parks. Brown plans to launch Impossible Foods’ products in retail outlets in the second half of this year and is actively talking with “top grocery chains in the nation.”

He is clearly a strong face behind the name.

As an entrepreneur, Ben Weiss has created a powerful dynasty in the beverage industry. Since its founding in 2009, Bai Brands has broadened its footprint to include big-brand retailers like Target, Costco and convenience store and drug accounts.

Ben Weiss one said: “What we created at Bai made history. I could not be prouder of the Unbelievers I worked side-by-side with growing Bai to be a disruptor and leader in the beverage industry. This extraordinary brand has been embraced by millions of consumers, and I am confident in its future.”

Bai Brands is rising to become an industry leader in beverages and shows no sign of slowing down.

Goldman Sachs alum Craig Stack founded Truepic in 2015 with the sole aim to combat faux social media accounts, deep fakes, doctored photos and more. In three years, Truepic’s technology is already used by the U.S. State Department and others. Truepic just announced a partnership with Qualcomm, so we expect to hear much more soon. 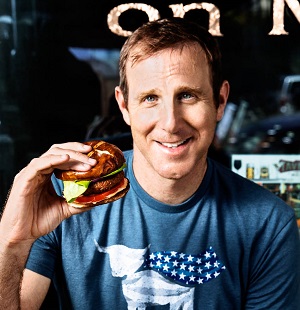 Not many predicted that plant-based meat would become one of the biggest food trends of 21st century –but here we are! Ethan Brown is the poster boy for the plant-based burgers scene.

After attending Columbia Business School and working at a few high-paying jobs, Brown decided to take a chance on saving the environment. Beyond Meat’s products look like beef or sausage but are made entirely from plants. In 2019, the ten-year-old company went public at a $1.5 billion valuation.

Ethan Brown has truly shaken the boat, making him one of the most forward-thinking entrepreneurs of our time.

Anna Domanska
Anna Domanska is an Industry Leaders Magazine author possessing wide-range of knowledge for Business News. She is an avid reader and writer of Business and CEO Magazines and a rigorous follower of Business Leaders.
« ‘Honey on Tap’ Beehive Creates Buzz in Bee Industry
Porsche and Boeing join hands to develop flying electric car »
Leave a Comment
Close