Most Expensive Diamonds Are Forever 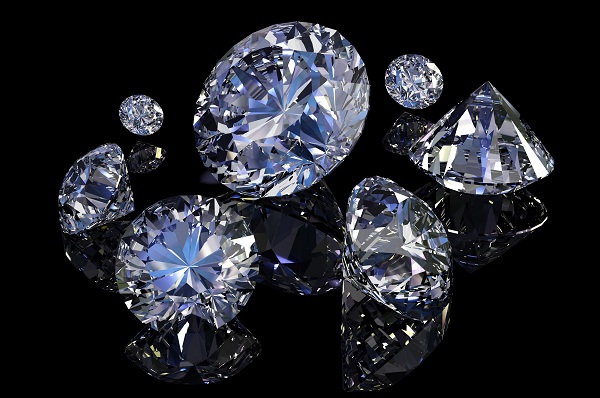 “There are three things extremely hard:

steel, a diamond, and to known one’s self.”

Once upon a time, over the hills and far away, humankind found a diamond. Since then people have tried to illustrate the beauty of a diamond. Yet diamonds are indescribable as it is impossible to capture all the luster of a diamond in just a few words.

There is a Chinese proverb saying: “Better a diamond with a flaw than a pebble without one.” Both Eastern and Western civilizations appreciate diamonds and their beauty as a diamond has this magical power inside of itself. And even diamonds with slight flaws can sell for huge amount of money. Flawless diamonds are rare to find, but if they are, prices are unimaginable for commoners. People with common sense could ask: “Why does someone want to buy a diamond for millions of dollar? Does it have any sense?” When it comes to diamonds common sense does not apply due to this magical power inside of them.

What is interesting is that the term diamond has its origins in the Greek word “adamao”, which means nothing else than”overcome”, and the word “adamas” which was used to describe the hard substance.  But throughout the ages a diamond has been a symbol of luxury, strength and obstinacy. A diamond also is a symbol of beauty.

In Western civilization, a diamond has been associated with the institution of marriage in the form of the engagement ring, nevertheless that just few people were able to buy it even in the twentieth century. Even today not everyone has enough money to buy one. In the Middle Ages in Europe diamonds appeared in ornamentation jewelry and they began to be considered a symbol of wealth and power. King Louis IX of France tried to limit the access to diamonds to kings. However by the fourteenth century, an industry in Venice started using diamonds and the gemstone became more available.

Moreover, a diamond is also associated with the Planet Venus, which is believed to represent values such as love, marriage, beauty and comforts, etc. Thus it is not surprising that gemstones have been used especially in engagement rings.

Yet  it was the discovery of large diamond deposits in South Africa in the 1870’s that changed the role of gemstones, making them more accessible. A diamond, however, has kept its meaning of a symbol of luxury. And remember one thing, a diamond is the girl’s best friend. Elizabeth Taylor once said: “Big girls need big diamonds,” and this is true.

The ongoing market turmoil has forced investors to look for new ways of investing their money. Because of the fact that the price of gold has been increasing, more and more investors have been looking at diamonds as a possible alternative. Saul Singer, a partner at the alternative assets investment firm Fusion Alternatives, noted: “Many might remember 2010 as the year global commodity prices continued to surge. The Dow Jones-UBS Commodity Index ended the year up 36 percent. Strong gains were experienced across all major commodity markets with the industrial metals market leading the charge. Investment diamonds gained 20 percent in 2010, however on a risk-adjusted basis, Investment diamonds outperformed even the surging commodities market.” However, diamonds are higher risk than gold as each diamond is unique and has its own facets compared with gold. In case of gold only weight matters, nothing more. As for diamonds, every single feature of it matters.

Henri Barguirdjian, chief executive officer at Graff Holdings, admitted that an interest in diamonds as an investment was a relatively new trend.  He noted that diamonds were used to be considered something very beautiful and good to possess, however wealthy people used to neglect the financial aspect of diamond itself.

Therefore diamonds are not only considered a symbol of luxury, but also a great way of investing money. So maybe Jeanette Walls was wrong writing that: “Unlike diamonds, watches were practical. They were for people on the run, people with appointments to keep and schedules to meet.”  Diamonds have recently gained a new significance and they are not considered impractical item any more.

“The Graff Pink” – Most Expensive Diamond Ever

In November 2010, a 24.78 carat rare pink diamond was bought for slighlty over $45.5 million. The diamond was named “The Graff Pink” by his new owner Laurence Graff and is said to be the most expensive diamond all over the world. Laurence Graff  paid twice as much for his diamond as the buyer of the famous blue 35.56-carat Wittelsbach-Graff diamond.

For almost 60 years the most expensive diamond had been kept in a privately-held collection. Laurence Graff underlined: “It is the most fabulous diamond I’ve seen in the history of my career and I’m delighted to have bought it.”

The astonishing price of the most expensive diamond is the result of the confluence of its phenomenal color and purity, according to David Bennett, chairman of Sotheby’s European and the Middle Eastern jewelry departments.

Apart from the most expensive diamond in the world, “The Graff Pink” ring also has other diamonds on either side. As it was stated by the Gemological Institute of America, the color classification of “fancy intense pink” was said to be the purest of pinks. “The Graff Pink” was assessed with an exceptionally rare classification, type IIa, by the institute. According to data, roughly 2 percent of the world’s gems possess this classification.

Laurence Graff, the buyer of the most expensive diamond, opened its first retailer jeweler in 1962. Since then, he has become the world’s leading dealer in diamonds and gems. These days Laurence Graff owns two of the greatest stones in the world, “The Graff Pink” and “The Wittelsbach Graff Diamond.”

As it has been underlined by analysts, pink diamonds comprise two percent of the world’s diamonds which are classified as “potentially flawless.” Pink diamonds are extremely rare to find so it is not surprising that “The Graff Pink” is the most expensive diamond in the world.

Pink diamonds, unquestionably, have been one of the world’s best-kept secrets. Maybe it is unbelievable but most people will never get a chance to see and admire the beauty of a pink diamond in their life as they are so rare. Interestingly, pink diamonds come in a broad range of shades, starting with a very rich purplish pink and ending with a blush pink champagne color.

Even though pink diamonds can be mined in several countries, finding them is extremely difficult. Because of that, pink diamonds are not only limited but costly, just to mention “The Graff Pink” – the most expensive diamond in the world. However the Argyle Diamond Mine, which is located in the far north of Western Australia, is said to mine the most intense pink diamonds in the whole world.

So if you are ready to pay quite a penny, think about buying a diamond, even a pink one. But remember that two diamonds might at first glance look the same, yet there are completely different due to a color, clarity and even shape. Maybe you will not be an owner of the most expensive diamond in the world, but you will be a lucky owner of an unique diamond with character and personality. Anita Loss was right when she wrote: “Kissing your hand may make you feel very good, but a diamond lasts forever.”

Anna Domanska
Anna Domanska is an Industry Leaders Magazine author possessing wide-range of knowledge for Business News. She is an avid reader and writer of Business and CEO Magazines and a rigorous follower of Business Leaders.
« EU Leaders Step Closer To Cutting Costs
Cities of the Future: Dream or the Inescapable Reality? »
Leave a Comment
Close