Most Expensive Clothing Brands of 2019

World’s most expensive clothing brands announce to the world how successful you are.

Clothes are a form of expression of taste, class, and fashion sense. Very rarely are they used to just keep the elements away. Right from the time of ancient civilizations, luxury has been aspirational. It is about some having it and the others aspiring for it. Clothes have always been the most obvious aspect of this covetousness. Thinkers and philosophers have said that luxury is what defines civilization. Thorstein Veblen, a socio-economist, has defined it as being aspirational and all performance. Wearers of luxurious and most expensive clothing brands by their very appearance denote wealth, status and exclusivity.

There are many famous clothing brands in the world, both couture and high street that get the fashionistas excited. World-renowned designers are associated with these luxury brands and they regularly come out with exciting, new designs to announce their exclusivity.

The global luxury apparel industry is valued at nearly three hundred billion dollars and is showing a steady uptick as compared to other industries that are facing the economic downturn. It is managing to attract more and more individuals coveting the elite and luxurious items.

The marketing, consulting and research company, Interbrand, recently released its list of 2019’s top-most brands; and luxury and retail brands have performed the best in the last year and grown at 11 percent.

The top luxury brand in the world is Louis Vuitton, with a $32.223 billion brand valuation and 14% year-over-year growth. Gucci is the fastest-growing luxury brand with a23 percent growth rate,

Industry Leaders Magazine brings to you a list of most expensive clothing brands in the world. The topmost nine luxury brands have a brand market value of $117.784 billion, according to Interbrand. 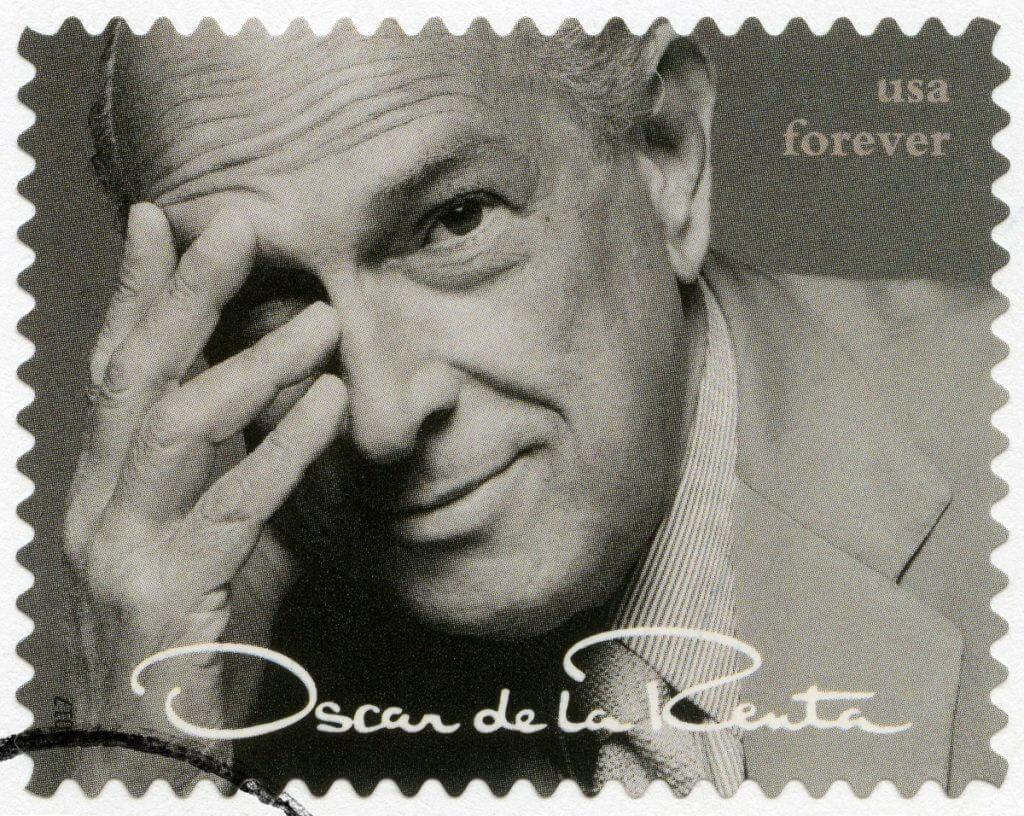 They specialize in designing bridal gowns and evening wear. Famous people who have worn their wedding gowns are Amal Clooney, Kate Bosworth, and Jenna Bush. With a net worth of an estimated $26 billion, it is among the top three luxurious brands of the world. 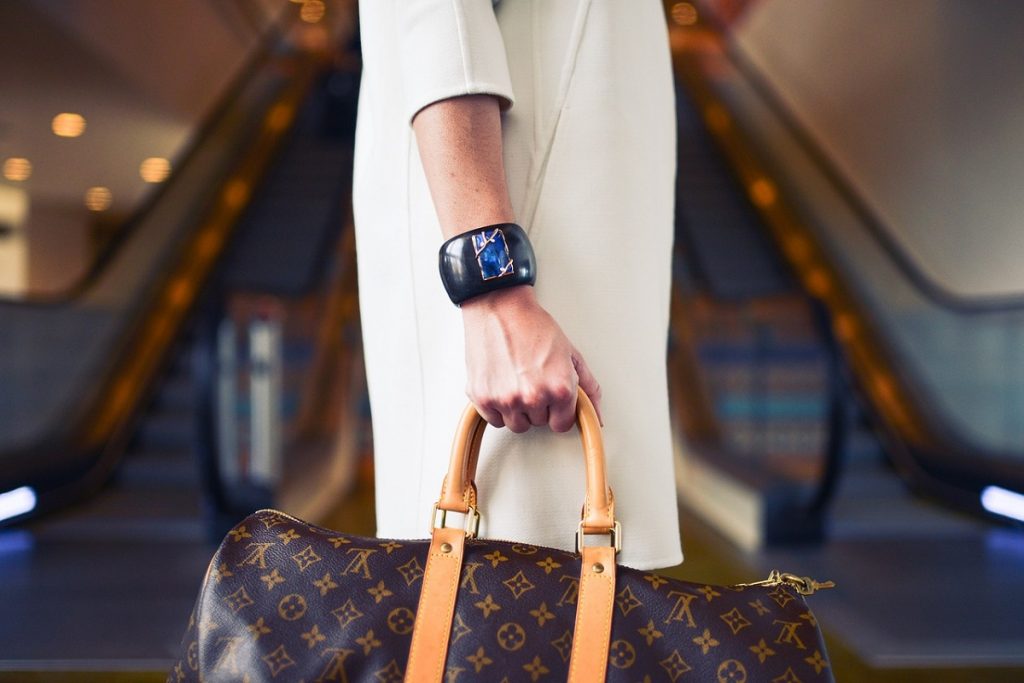 It is a popular luxury brand and one of the most expensive luxury brands. Their clothes, bags, footwear, and accessories all carry the exclusive logo LV. Presently, it works as a subsidiary of its parent company LVMH.

The French brand has been in existence since 1854. The legend goes that Louis Vuitton was the personal packer and portmanteau maker of Napoleon’s consort Countess Eugenie de Montijo. This was a huge opportunity for the box-maker and he soon became popular for his elegant luggage designs and apparel Louis Vuitton has grown and sustained itself as a luxury brand and now 500 outlets in over 50 countries.

Louis Vuitton is the favorite brand of Angelina Jolie, Sarah Jessica Parker, Kim Kardashian, and many others. 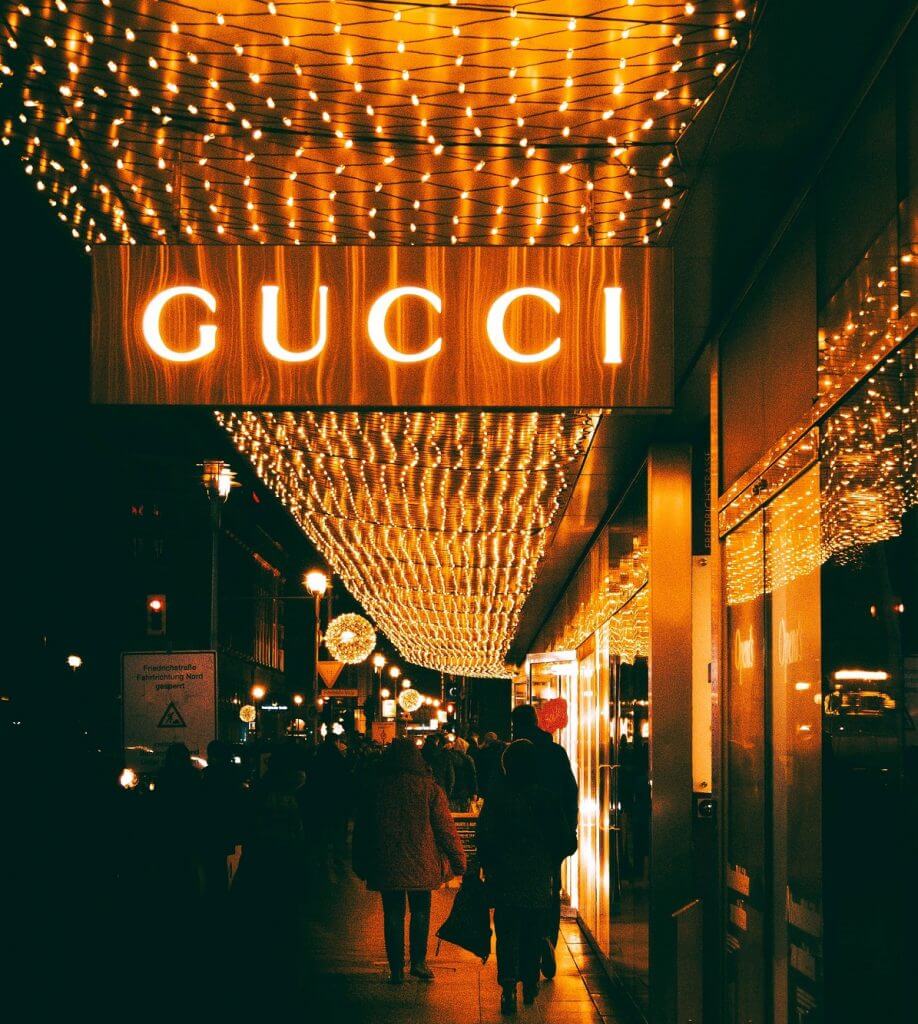 This brand seems to be a favorite with hip hop and rap stars. Founded in 1920 by Guccio Gucci, it is a popular brand that showed off on social media pages by many. It screams fashion arrival and boasts consistency in quality and style.

It has a net worth of over 7 billion dollars and brand value of 12.7 billion dollars, expensive Gucci clothes have been at the helm of the fashion industry for nearly 100 years. Gucci is actively involved with UNICEF and regularly donates a part of its shop collections to the organization. 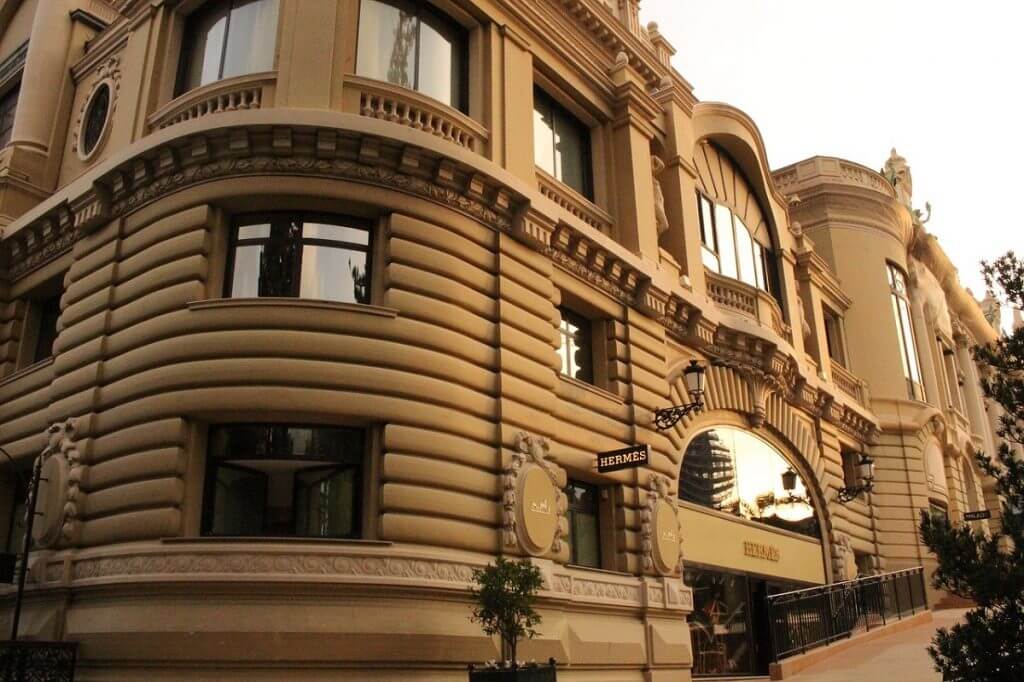 The most mispronounced fashion name, it is a must-have for most fashionistas. It was founded in 1837 by Thierry Hermes and is still controlled by the Hermes family. A Hermes scarf or bag is shown off with pride by those who can afford the luxury.

It started off as a saddlery manufacturing shop, as is evident in its logo. 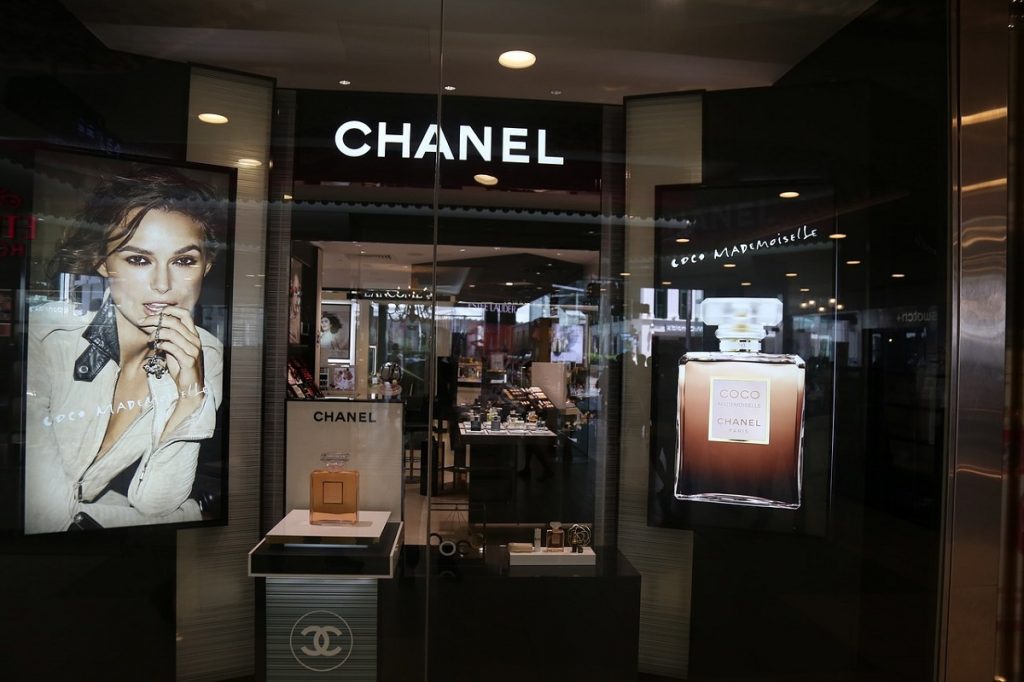 The eponymous brand with the most recognized luxury logo in the world with its swirling intertwined Cs, is a French brand started by Coco Chanel in 1909, who redefined fashion in Europe. More well known for its perfumes, the clothing lines are as exclusive from this couture house. Its brand value shot up from 7.2 billion dollars to 11.2 billion, according to the latest figures.  It has over three hundred and twenty shops all over the globe.

A Chanel suit is a must for any socialite. One of their most popular and expensive items is the Chanel ‘Diamond Forever’ Classic bag. 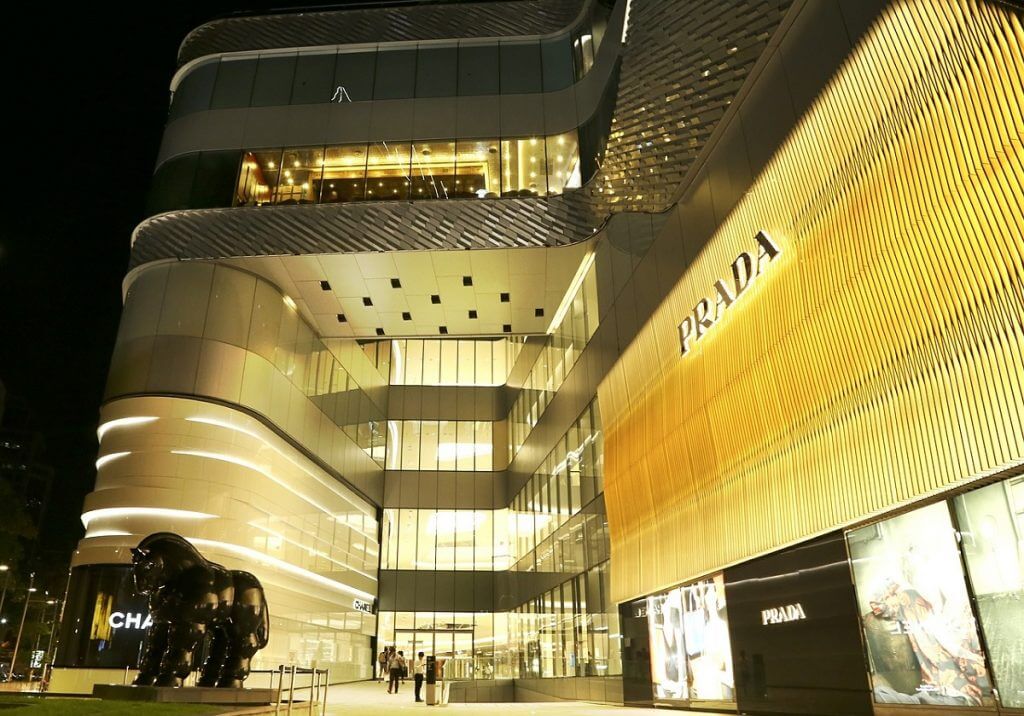 Prada is popular, exclusive, and expensive brand. It is the topmost clothing brand from Italy. It has an annual revenue crossing $ 4billion with a brand value of 9.5 billion dollars. Its volume sales may be low compared to many but its individual price costing more than makes up for it. It has a 100-year old legacy and was established by Mario Prada in 1913 in Milan, the fashion capital of the world.

The brand name is associated with famous personalities like Norman Reedus, Gary Oldman, Gemma Ward, and Daria Werbowy.  Its first womenswear show was held in Milan in the year 1988.

It has a wide international presence with more than six hundred boutiques spread across the world. 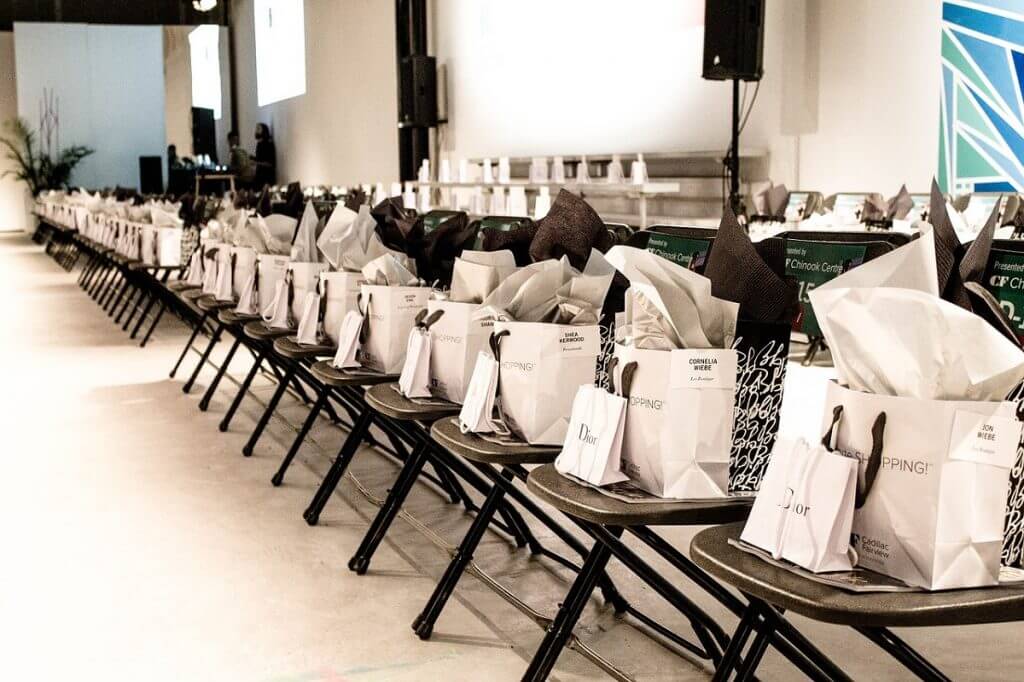 Or Christian Dior, the house of ultra-chic and classy clothing. It was established in 1946. Their lineup as with other brands extends to clothing, cosmetics, accessories, bags, and shoes. Its annual revenue is in the vicinity of $12 billion.

It’s known for its simplicity and understated elegance and is a favorite of many rich and famous. Famous personalities associated with the brand include Elizabeth Taylor, Princess Grace of Monaco, Lady Pamela Hicks and Princess Alexandria of Yugoslavia

The company has expanded into ‘Baby Dior’ for kids and ‘Dior Homme’ for men. 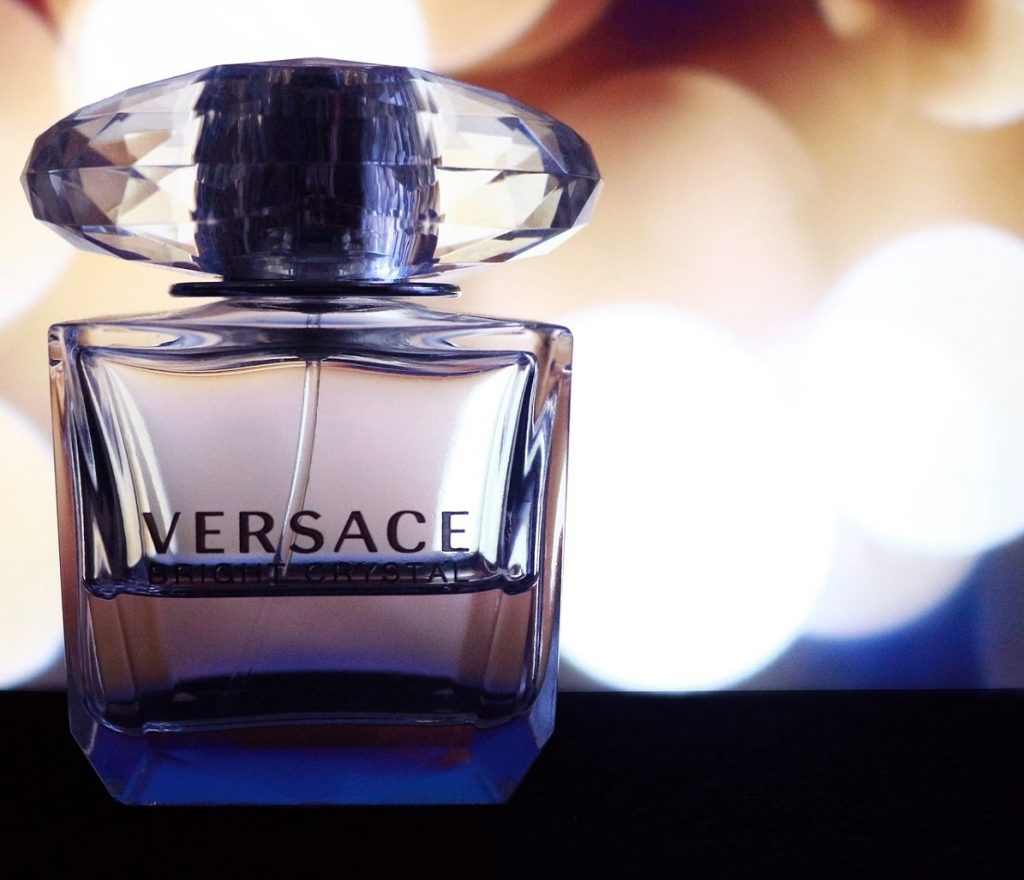 Established in 1987 by Gianni Versace the fashion brand has quickly become a favorite with the rich and happening crowd. It is known for its over the top and ostentatious designs and has a loyal following among the entertainers and film stars. Madonna and Michael Jackson are known to favor the brand. Princess Carolina of Monaco also has a vast Versace collection.

Known as one of the most expensive clothing brands among the millennial youth, it’s quite a favorite with boomers too.

With a brand value of 5.8 billion dollars and a net worth of 300 million dollars, Versace has quickly become a name to reckon within the fashion world. 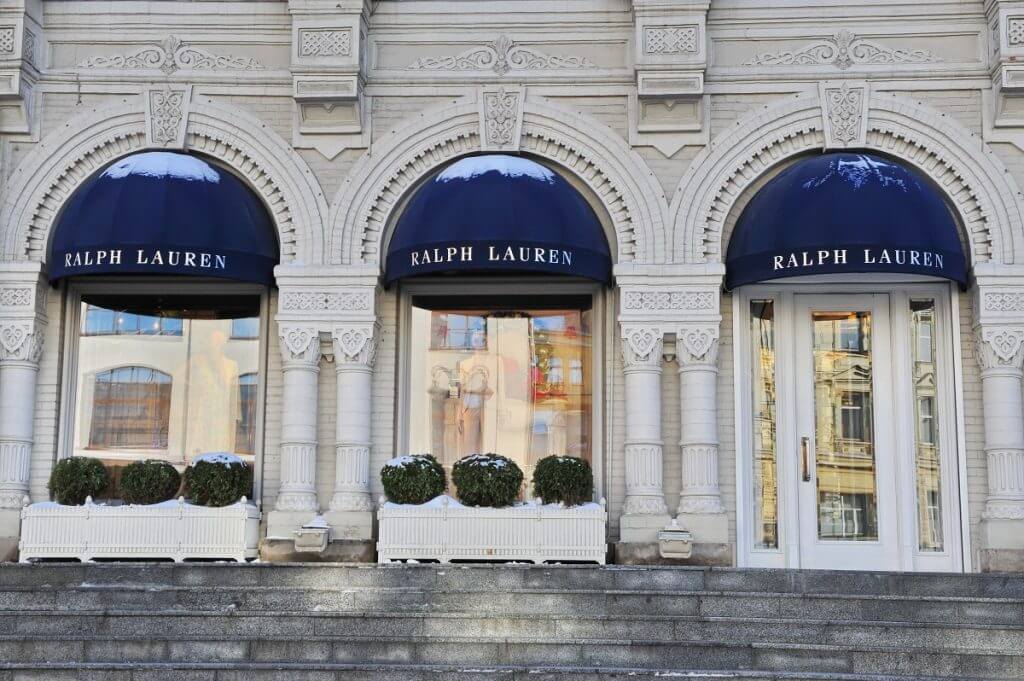 Ralph Lauren, the founder of the brand started off as a salesman for Brooks Brothers. It is now a signature brand for many famous sports personalities. Ralph Lauren launched his own venture in 1971. He chose the Polo logo for the brands as he was an ardent follower of the sport. He then designed clothing for many other sports events such as the Olympics, US Open, and Wimbledon. It started off as a tie brand but expanded into accessories and clothing. It is well known for its polo shirts, a must for any sports-loving gent’s wardrobe.  It has cornered the sports industry and is favored by sports stars. 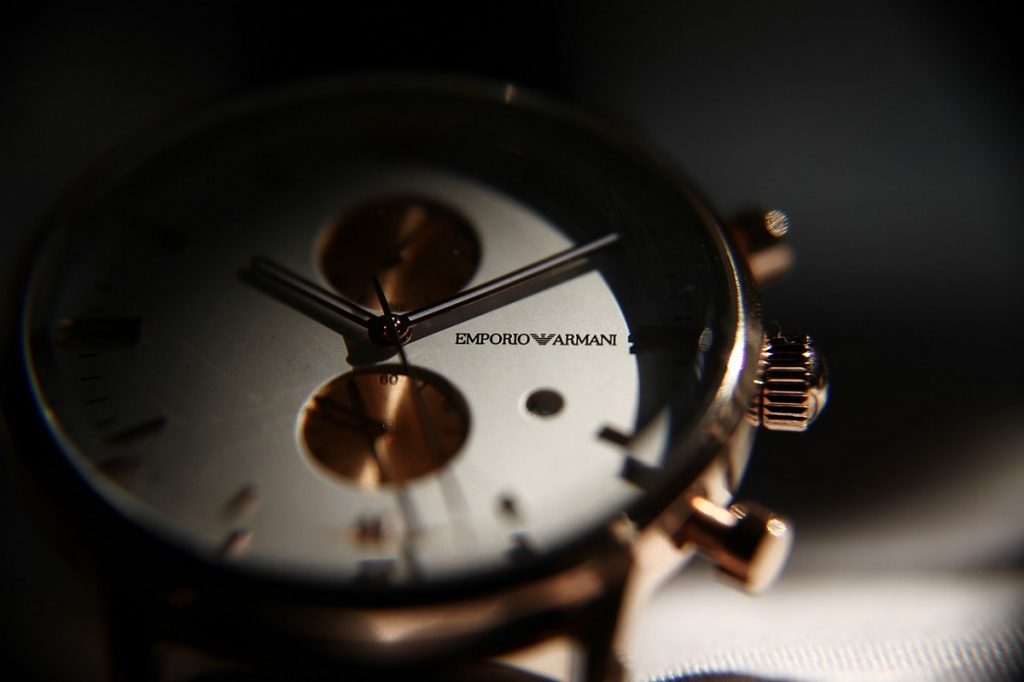 Armani has become synonymous with quality and classy suits, the one that tells the world that you have arrived. It is a brand of choice for the rich and wealthy men across continents. It is classy and comes at a price. It is the most high-end suits brand in the world.

Armani was founded in 1975 by Giorgio Armani and quickly built up a reputation in class and quality. The brand received recognition after Richard Gere wore Armani in the film, Gigolo, in 1980. Its first haute couture line walked the fashion ramps in 2005. Today, it is celebrated as one of the most expensive clothing brands in the world.

The rest is suits history. It has over 2000 shops all over the world with net sales of more than 3 billion dollars. Celebrities associated with Armani are; David Beckham, Megan Fox, Christiano Ronaldo, Rihanna, and Rafael Nadal. Its range of sub-brands is as popular. Armani Kids, Armani Collezioni, Armani Exchange, and Emporio Armani are all famous names.

Anna Domanska
Anna Domanska is an Industry Leaders Magazine author possessing wide-range of knowledge for Business News. She is an avid reader and writer of Business and CEO Magazines and a rigorous follower of Business Leaders.
« Project Management Agility – A Growing Trend in the Digital Age
American Farmers and Ranchers Welcome USMCA »
Leave a Comment
Close

Starlink, the satellite internet unit of Elon Musk’s SpaceX, will most likely be able to provide global coverage by September, according to the company’s president Gwynne S
3 mins ago