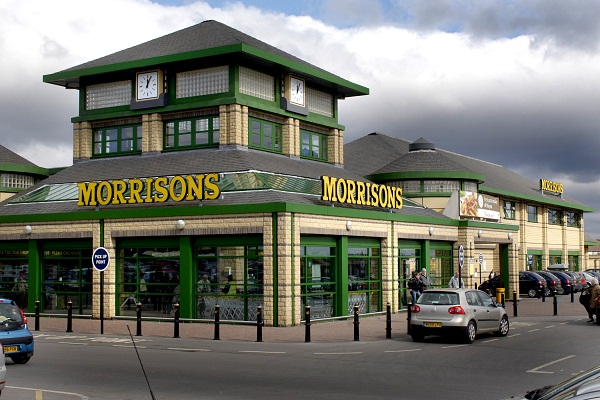 Supermarket chain Morrisons will be in a spotlight this week as it has been announced that company’s half-year results will be published on Thursday.  Morrisons’ half-year results are expected to show that the UK fourth-largest grocery chain is struggling with the current economic situation and a fiercer competition especially from challenger Asda after the purchase of Netto.  Dalton Philips, the chief executive of Wm Morrisons, believes that a new fresh-food format for company’s supermarkets will help the giant chain to reverse a decline in sales at Morrisons.

Morrisons, one of British biggest supermarkets chain with approximately 455 stores in the UK, is believed by the City to have underperformed its rivals in a consumer climate, which has been described as the worst for generation by Dalton Philips, CEO at Morrisons. Morrisons’ competition is getting stronger despite the economic situation in UK. The company has struggle with competition from Tesco and Asda which has recently acquired nearly 150 Netto stores.

As it was stated by analysts with Shore Capital, “A considerable number of these acquired stores are located in Morrisons’ northern England heartland and, as such, their increased competitiveness under the Asda banner represented a negative share shift for Morrisons over the other major players.”

Like-for-like sales at Morrisons, the Bradford-based food retailer, are predicted to have dropped 1.5 percent, however some analysts warn that we should be “expecting the worst” regarding the Morrisons’ half-year results which are to be published on Thursday.

The store modernization programme is blamed for reining sales at Morrisons. In March company’s officials informed that 48 updated “Fresh Format” stores would be trading by the end of July. When Morrisons last updated the market, the company reported a 1 percent drop in same-store sales excluding fuel and VAT in the 13 weeks to April 29, which was the first decline since it purchased Safeway in 2004. The City consensus interim pre-tax profits is valued at £434 million on turnover of £8.9 billion. In addition, the consensus for full-year profits is £939 million.

The latest data also shows that Morrisons continued to lose to its main challengers in 12 weeks to 5th of August. The overall sales at Morrisons went up 1.8 percent, giving it a market share of 11.7 percent, which was a drop from 11.9 percent a year ago.

Aldi and Lidl, German discounters, have also expanded into new locations, where they are expected to attract some of Morrisons’ customers. A difficult situation has been reflected in Morrisons’ share, which dropped 12 percent this year, lowering company’s market value by £900 million.  Taking everything into consideration, analysts expect that Morrisons’ profit for the six months to 31st July to drop 2 percent to £434 million.

Morrisons tries to fight back. The company has been rolling out a vouchering scheme nationwide to wine back lost sales and at the same time increase sales at Morrisons.

Moreover Dalton Philips, CEO at Morrisons, proposed to expand the company beyond its traditional supermarket heartlands. Roughly 20 more convenience stores are planned to be opened this year, following the success of pilot stores. According to Belinda Youngs, brand director at Morrisons, the company is moving in a good direction, even though some experts claim that it neglects its core consumers and fail to attract new ones.

Fitch Ratings, a global leader in credit ratings and research, has inked a partnership with a French artificial intelligence startup as it e...
13 hours ago