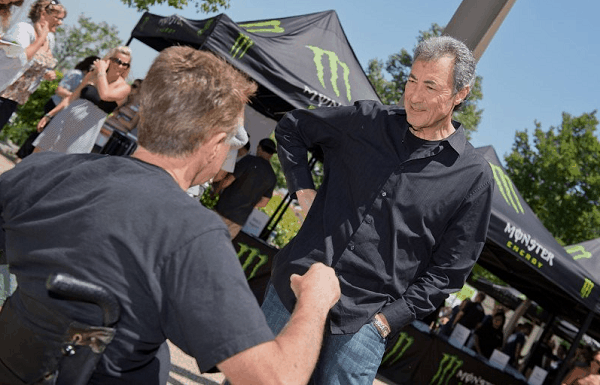 On the 7th of November, Monster Beverage Corp. posted its third quarter profit which missed analysts’ estimates. The company has increased its spending on promotion and advertisement since it started facing inquiry over the safety of its energy drinks. Shares of Monster Beverage Corp. dived in aftermarket trading.

Shares of Monster Beverage Corp. dropped as much as 12 percent in after-hours trading on the 7th of November, as the energy drinks producer reported its results for the third quarter ended September 30. The profit for the third quarter grew approximately 5 percent from last year due to rising demand for the company’s energy drinks in the United States and Europe as well. The California-based company said its net income grew to approximately $86.1 million, or 47 cents per share, from roughly $82.4 million, or 44 cents, a year earlier. The company’s net income missed analysts’ estimates of 55 cents per share.

According to compiled data, revenue grew to approximately $541.9 million, but once again this result also missed analysts’ projections of roughly $578.5 million as the company had been facing increased government scrutiny.

Data showed that gross margin dropped to about 20.5 percent from roughly 52.7 percent last year, hurt by both promotional and operational costs. Only Monster Beverage Corp.’s promotion spending climbed as much as 23 percent.

Monster Beverage Corp.’s sales were partly affected by inventory changes introduced by its distributor in Canada which happens to be Coca-Cola. In addition, the company said that a stronger dollar had affected sales, adding that lower sales of Monster Energy Extra Strength drinks hurt revenue as well.

The company has been struggling recently with allegations concerning safety of Monster energy drinks as some institutions have stated that they put consumers at risk. Just in October the U.S. Food and Drug Administration admitted it had been investigating cases of five deaths involving the California-based company’s energy drinks.

Monster Beverage Corp. has been also sued by the family of 14-year old girl who died after drinking two of its energy drinks in a natural day. The girl had a heart disorder, as the energy drinks producer informed in a statement. The company denied being responsible for all those deaths. Rodney Sacks, chief executive officer at Monster Beverage Corp., underlined: “We are not aware of a single instance anywhere in the world in which Monster energy drinks have caused anyone’s death,” adding that the company’s caffeine content was comparable to coffee brewed in shops. Monster CEO Rodney Sacks holds an opinion that the other ingredients of the drinks would be still regarded as safe if the California-based company decided its products to be regulated as beverages by the US Food and Drug Administration. According to him, the amount of caffeine per ounce in its rivals’ drinks is similar or even higher than the quantity which is in the drinks of Monster Beverage Corp.

Due to safety issues and allegations shares of Monster Beverage Corp. slumped as much as 20 percent in the last month.

Christy Gren
Christy Gren is an Industry Specialist Reporter at Industry Leaders Magazine she enjoys writing about Unicorns, Silicon Valley, Startups, Business Leaders and Innovators. Her articles provide an insight about the Power Players in the field of Technology, Auto, Manufacturing, and F&B.
« Pricing tussle of EU e-book to be won by Amazon
Priceline.com to acquire travel research site Kayak for $1.8bn »
Leave a Comment
Close