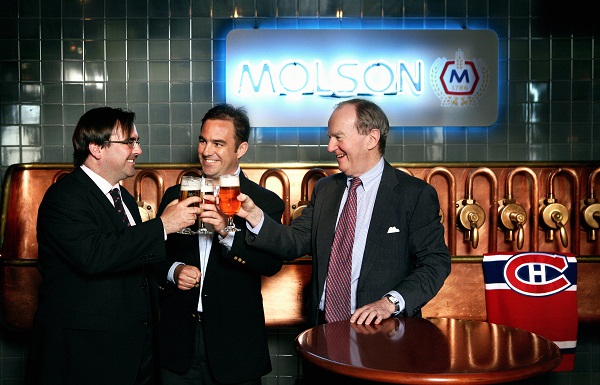 Molson Coors Brewing Co. (TAP.N) published its quarterly profit report on Tuesday, and to everyone’s surprise in Wall Street it blew estimates. The financial result of Molson Coors is surprising partly due to the acquisition of the Central European maker of Staropramen beer, which was bought by Molson Coors in June this year. The company’s second-quarter earnings slumped 53 percent on higher cost, while the top line had been bolstered by higher volume in Canada and the benefits of newly purchased StarBev LP.

StarBev and the second-quarter profit

Estimates of Wall Street analysts did not include results from the recently acquired business, known as StarBev. Moreover declines in profit for the last two quarters also caught experts off guard.

However the weak financial results of the unit, which operates in the Czech Republic, Romania, Hungary and other countries, was explained by bad weather conditions especially in February, the stronger U.S. dollar, investment in new products and marketing for the summer selling season as well. As it was highlighted by Molson Coors’ officials, those investments would pay off in 6 months. Moreover company’s top executives are confident that the deal would boost the firm’s growth.

The deal of acquisition of Central and East European brewer StarBev, which was finalized in June for $3.4 billion, was aimed at expanding the market of the company. As experts have noted, the new region is a market where middle class gets bigger and so the beer market is expanding as well. However investors were concern about the transaction costs and integration process. But Molson Coors has also pushed into emerging markets such as China. Company’s officials see those markets as the chance for growth. In addition, Molson Coors’ larger rivals, Anheuser-Busch InBev and SABMiller Plc, are not so geographically concentrated as Molson is.

The purchase of StarBev added 19.7 million of pretax income in the quarter, because the deal was finalized two weeks before the second quarter ended.

In the early afternoon trading on 7th of August Molson Coors’ share increased 41 cents, or 1 percent, at $42.73. And however company’s shares gained 10 percent from early June, they still remain down more than 3 percent on the year. As it has been noted by Peter Swinburn, the Chief Executive, investors are still concern with the StarBev’s deal and they are not convinced if the Molson Coors itself can deliver.

Peter Swinburn informed that Molson Coors expected Central Europe’s operations would be beneficial for shareholders by 2015. He also added that the company was aiming at expanding its markets through branding and packing innovations as well as introducing brands such as Carling. Central Europe’s unit is important, because it made up approximately 23 percent of Molson Coors’ world-wide volume in 2011.