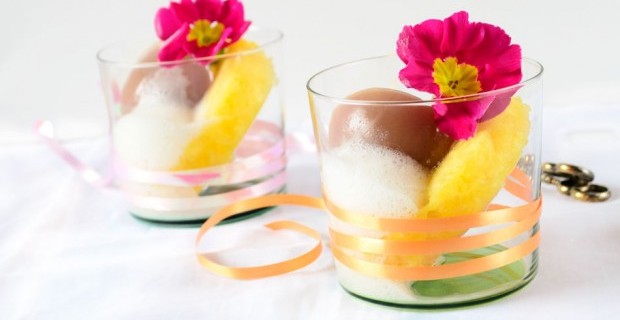 What’s been the hottest buzz word in haute cuisine of late? If you’re thinking ‘molecular gastronomy’, you’re spot on.

Revered by some as an art that endows the process of cooking the respect it deserve by treating it as science, and disliked by others – including top New York chefs like Dan Kluger, Daniel Boulud and Anthony Bourdain – for taking the “exotic” out of cooking, molecular gastronomy has become a much talked about phenomenon in the world of food and cooking.

However, until recently, the possibility of being able to indulge in any process that could remotely be called molecular gastronomy, was limited to global top chefs who could, if they wanted, call themselves “chemists who worked with food”. This is all set to change, with once-unobtainable molecular gastronomy tools now available in the mainstream market in the form of everyday consumer-versions.

So if you’ve always believed there’s been a molecular gastronomist within you, these tools will let you unleash your inner chemist-chef!

Equipped with tools that help make gelées and emulsions, alongwith the usual suspects – agar-agar and xanthan gum, the most popular transformational food additives – the Molecule-R Cuisine R-Evolution kit priced at $59 also includes a DVD that demonstrates  a number of avante-garde techniques used culinary stars like those from Top Chef.

Whip up some cream

Whether its about making light fluffy French toast batter, maple whipped cream, shrimp tempura-like batter or Creole dressing, iSi offers a Creative Whip which uses pressurized nitrogen cartridges to almost-magically produce any manner of foam or cream – a process that can otherwise be extremely laborious and yet not yield the desired result.

iSi also offers an array of other ”whips” such as the “Gourmet Whip” and the “Easy Whip” with their individual special whipping powers.

Pick your whip we say!

The process called “sous vide”, basically means cooking “under vacuum” – to give you complete control over cooking temperature. 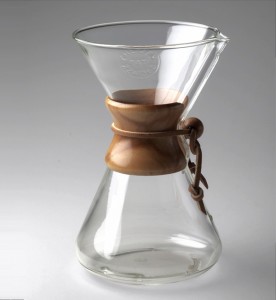 How do you do this ? With an Immersion Circulator. This piece of genius allows you to cook food in a vacuum-sealed plastic pouch, which is then placed in a temperature-controlled water bath. The plastic pouch allows constant contact between the food and surrounding herbs and marinades, while also ensuring retention of flavor and nutrients, hence allowing flavors to permeate better than with any other cooking method.

What’s more, the Immersion Circulator is safe to leave on all night. The result : you can expect immaculately cooked melt-in-your-mouth bolognaise, with just the right amount of herbs and tomatoes, and amazingly tender meat.

Various models of these are now available in the market – from upto $1600 for “professional” units, to about $300 for more everyday models.

While being surprisingly low-tech, the Chemex Pot was clearly invented by someone who loved his coffee sans the over-extracted flavor of a traditional filter-based coffee maker.

At $32, as opposed to the exorbitantly priced Clover Coffee Machine at $11,000 (sure, the degree of control it offers over every aspect of the brewing process is worth it, but really, $11,000?), the beaker-look-alike incredibly simple Chemex pot uses heavy filters and a method that involves slowly adding 200-degree water to the grounds, producing an unbelievably sweeter and cleaner flavored brew.

Christy Gren
Christy Gren is an Industry Specialist Reporter at Industry Leaders Magazine she enjoys writing about Unicorns, Silicon Valley, Startups, Business Leaders and Innovators. Her articles provide an insight about the Power Players in the field of Technology, Auto, Manufacturing, and F&B.
« Get, Set, Sail and Never Look Back! The World of Luxury Yachts
Fuel to Fire: stored spent fuel rods at Fukushima Nuclear Station »
Leave a Comment
Close

Warren Buffett Occidental stake sojourn started in February 2022 after he listened to an analyst’s presentation on the company. He soon started buying up Occidental stock warrant
7 hours ago