When it comes to popularity, Mazda MX-5 has gained a lot of it and now, among the very popular two-seat roadsters currently available in the market. Despite the fame, the vehicle still has a major challenge. The design doesn’t appeal to quite a number of persons. Most people would rather prefer to cast their fortune on the Mercedes AMG GT lines or rest their case on Fiat 124 Spider. Now there’s another option from Mitsuoka; the small Japanese auto company has designed a more interesting and appealing alternative of the Mazda MX-5 – Mitsuoka Rock Star.

Actually, the inspiration for the new form of MX-5 came from Chevy’s second-generation Corvette. And the Mitsuoka Rock Star has some notable resemblance with both vehicles despite maintaining Mitsuoka’s vintage tradition. Yes, Rock Star’s entire corporeal design mimics the classic Corvette with mild keynotes from the Japanese automaker.

A mere look at the Rock Star design from the front view reveals interesting facts and a pure poetry.  The Rock Star prides weird-looking thingy headlights fitted on a chrome bumper that perfectly blend with a vintage fascia. A ventilation grille for its 1.5-liter engine is very obvious on the bonnet, with two extra patched before the doors. There are also new quarter panels and as well as a retro-inspired rear end that have circular taillights. And the vehicle offers more security with a fixed-roof coupe. With the design, the electric folding roof does not reduce the space of the trunk. Basically, the mirror caps and the doors are the only visible components that were lifted directly from the MX-5. Otherwise, you’re having a design with much more attraction. 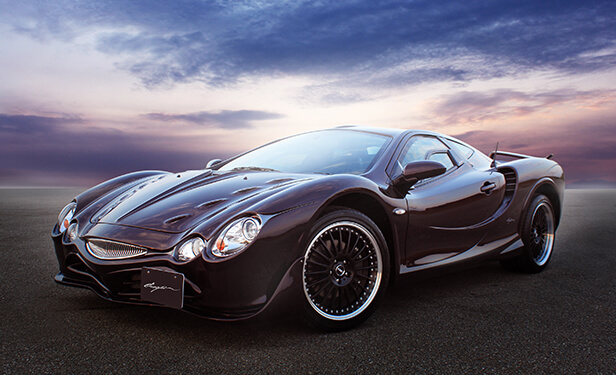 The Mitsuoka Rock Star interior is a lift-up from the MX-5. Though there are slight changes and customizations made by Mitsuoka. They included the painting of the door trim, special leather seats, and an overall leather package. And its rearview camera is more standard.

Mitsuoka Rock Star won’t give you so much power

Although Mitsuoka took inspiration from the Chevrolet Corvette, the Rock Star performance should not in any way be expected to demonstrate what we have on Corvette. The Rock Star comes with a 1.5-liter SKYACTIV-G engine, which produces 130 hp (97 kW / 132 PS) and a torque of 112 lb-ft (152 Nm). There’s an option to mate the engine with either a six-speed manual or a six-speed automatic gearbox.

Anna Domanska
Anna Domanska is an Industry Leaders Magazine author possessing wide-range of knowledge for Business News. She is an avid reader and writer of Business and CEO Magazines and a rigorous follower of Business Leaders.
« ExxonMobil Pledges $1 Million to Bankroll National Carbon Tax Campaign
Tesla has a Big Cash Problem »
Leave a Comment
Close

The New Shepard rocket by Blue Origin successfully conducted the test launch in the Texas testing site, successfully performing take-off and...
5 mins ago