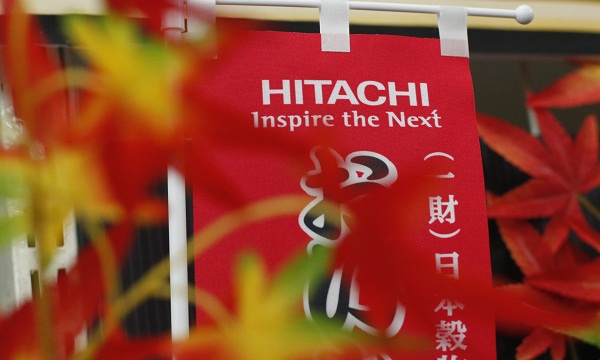 On the 29th of November, Japan’s industrial companies Mitsubishi Heavy Industries Ltd and Hitachi Ltd informed that they had reached a basic agreement to merge their thermal power units as they try to compete against global giants, including Siemens and General Electric.

According to a statement, in the merged entity Mitsubishi Heavy Industries is to hold as much as 65 percent of shares, while Hitachi Ltd the remaining 35 percent. The Mitsubishi Heavy – Hitachi merger will see approximately $18.3 billion in annual sale. It is worth underlying that just in the July-September quarter Siemens reported revenue of almost 28 billion, while General Electric’s sales exceeded more than $35 billion.

Negotiations on the merger of their thermal power units started in summer.

As it was stated by both companies, Mitsubishi Heavy Industries Ltd and Hitachi Ltd would be working together on a range of products such as thermal power generation, environmental devices and fuel cells, etc. Companies underlined that they were aware of the growing competition and the expansion of the global market, yet they saw a chance for the cooperation as: “Heightened environmental awareness around the world has presented a major opportunity for (Mitsubishi) and Hitachi to expand businesses where they both excel—businesses that solve global energy and environmental issues at the same time.”

Mitsubishi Heavy Industries Ltd and Hitachi Ltd informed that a final agreement on the merger was expected to be reached by April 2013. The Mitsubishi Heavy – Hitachi merger is said to start its operations by January 2014.

Certainly both companies, Mitsubishi Heavy Industries Ltd and Hitachi Ltd, have noted growing demand for natural gas-fired thermal plants following the Japan’s atomic crisis in 2011. Top executives of both companies have been aware of this trend; therefore joining forces can be considered a natural step as it would be easier to compete with foreign rivals.

The Mitsubishi Heavy – Hitachi merger will certainly help companies to gain recognition as well as become a global leader, while the market is struggling amid tough economic conditions. Japan’s industrial companies Mitsubishi Heavy Industries Ltd and Hitachi Ltd have been observing the emergence of competitors in China, India and South Korea. But General Electric and Siemens seem to be the biggest threat to Japan’s companies when it comes to the fossil-fuel business, which has increased significantly after the 2011 nuclear disaster at Tokyo Electric Power Co.’s Fukushima Plant.

These days Japan depends deeply on fossil-fuel facilities thereby it has become tidbit for many companies including foreign players such as General Electric and Siemens. Mitsubishi Heavy Industries Ltd and Hitachi Ltd are aware that namely foreign rivals are the biggest threat when it comes to gas turbine projects.

Therefore the merger deal is to turn two competitors into future partners with the new merged entity which will be better positioned to compete with its rivals. Analysts underline that both companies and their operations are complementary in terms of  goals.