MIT Nanocrystals that can be used to track down counterfeit goods

Counterfeiting dates back to the inception towards the end of Civil War, much before President Lincoln was assassinated. Although the technology used then didn’t involve picture-perfect printers and precise techniques such as needle-weaving metal security threads. Nevertheless, a third of all money during that period was counterfeit. 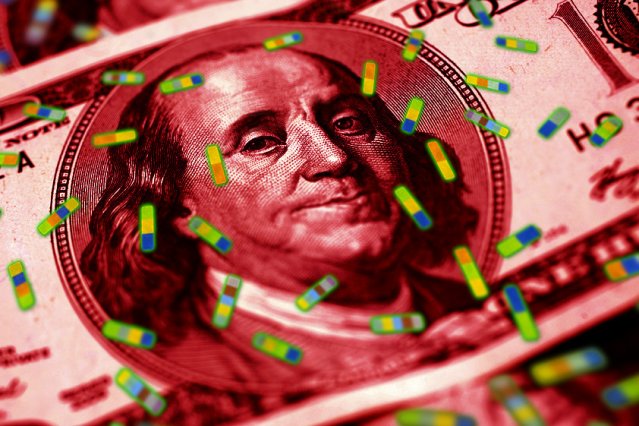 According to the estimates made public by Organization for Economic Co-operation and Development approximately $250 billion is generated via illegal revenue. The counterfeiting industry is flourishing with brisk expansion across various industries. It has even reached daily use goods such as olive oil and other drugs like birth control with lethal side-effects.

However, that’s about to change. A team of chemical engineers at MIT is developing nanocrystals (invisible to naked eye crystals at one billionth a meter!) that can stick to counterfeit good and check their authenticity. Team of chemical engineers led by Professor Patrick Doyle and Lincoln Laboratory technical staff member Albert Swiston, MIT is hopeful to reduce counterfeiting cases and its plausible harm. The invisible crystals are dyed using extremely rare earth elements which glow only under UV light.

The nanocrystals are approximately 200 microns in length, which is roughly the width of a thread. The unique polymer stream patterns which are used while dying can identify the authenticity of good and currencies from the database of a security tags at any place. The patterns which glow under the UV light can be distinguished with the help of an iPhone (with a corresponding app) and a special kind of lens offering up to 20x magnifications. The particles ware easy to manufacture and can be easily integrated into an array of materials. These nanocrystals can withstand extreme temperatures, sun exposure and heavy wear. Currently the researchers are also working on a corresponding smartphone app.

MIT has developed more than 1,000 combinations of patterns and is quickly working its way to reach out about a trillion unique patterns.

The smartphone-readable nanocrystals will be deployed in the future to check the authenticity of currency, electronic parts of devices and equipments, luxury goods and many other products.

MIT graduate, Paul Bisso, who is one of paper’s lead authors said in a statement “The ability to tailor the tag’s material properties without impacting the coding strategy is really powerful What separates our system from other anti-counterfeiting technologies is this ability to rapidly and inexpensively tailor material properties to meet the needs of very different and challenging requirements, without impacting smartphone readout or requiring a complete redesign of the system.”