A glimpse into the future of aircraft with no moving parts.

Scientists at the Massachusetts University of Technology have built the first-ever silent airplane with no moving propellers or jet turbines and requires no fossil fuel.

The plane with no moving parts is powered by an “ionic wind,” or electro-aerodynamic thrust. The movement of ions, i.e. electrically charged atoms or molecules, provide momentum to the ionic wind.

“This is the first-ever sustained flight of a plane with no moving parts in the propulsion system,” says Steven Barrett, associate professor of aeronautics and astronautics at MIT. “This has potentially opened new and unexplored possibilities for aircraft which really quieter, mechanically simpler, and do not emit combustion emissions.” 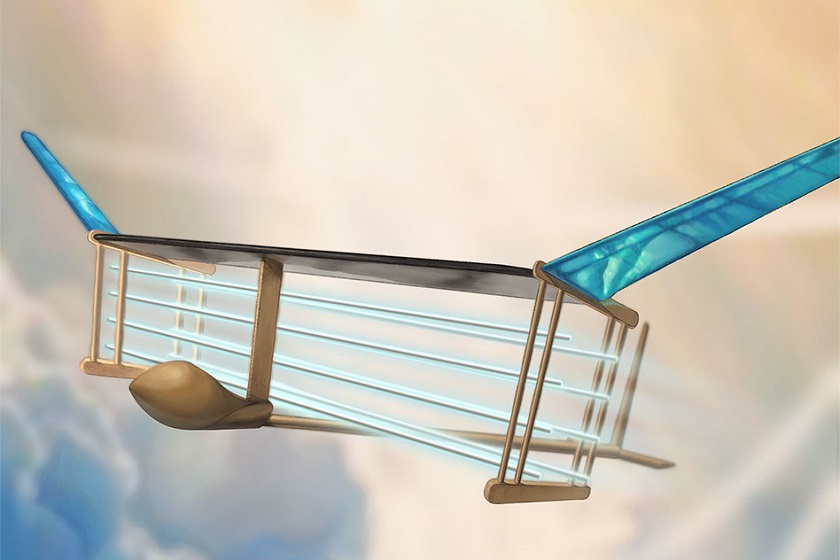 A new MIT plane is propelled via ionic wind. Batteries in the fuselage (tan compartment in front of plane) supply voltage to electrodes (blue/white horizontal lines) strung along the length of the plane, generating a wind of ions that propels the plane forward.
Image: Christine Y. He

MIT predicts that in the near-term, the ion wind propulsion system could be used to fly silent drones. The ion propulsion when paired with more conventional combustion systems could create more fuel-efficient, hybrid passenger planes, and other large aircraft.

The silent airplane with no moving parts is detailed in the journal Nature. It’s astounding to learn that the concept of ionic wind dates back to the 1920s. 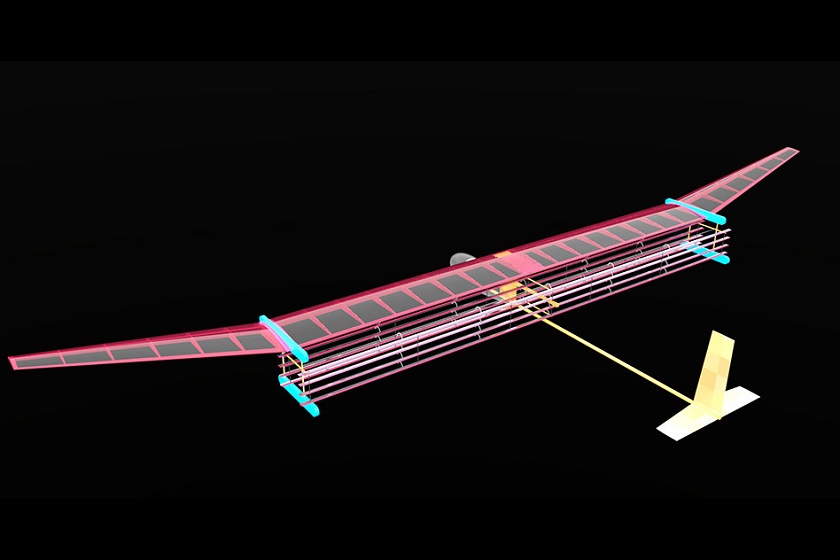 A general blueprint for an MIT plane propelled by ionic wind. The system may be used to propel small drones and even lightweight aircraft, as an alternative to fossil fuel propulsion.

The silent airplane with no moving parts weighs about five points with a five-meter wingspan. MIT tested the design inside a gym where it successfully flew the plane a distance of 60 meters. The test was repeated ten times.