Minor Gain on Wall Street leads to fall in Apple 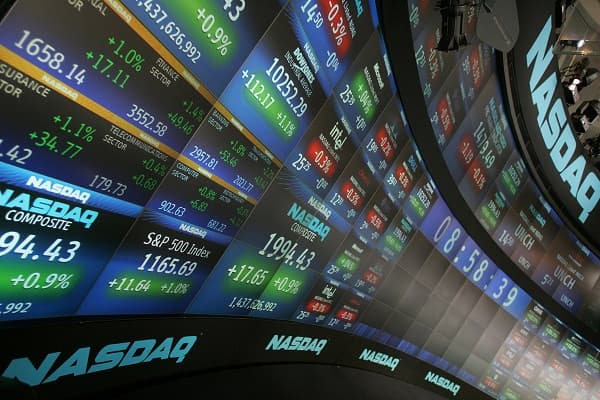 At the time of the close of Wall Street trading, one of the most valuable US public companies, Apple Inc. posted its earnings for the present quarter which witnessed a fall in Apple Inc. stocks. The results fell short of market expectations. The earnings of Apple Inc. per share were at $8.67 in contrast to the estimate of Wall Street at $8.75 per share. The trading of the stocks of Apple Inc. was halted following the close and prior to the earnings, but Wall Street trading soon continued at about 4.50 pm. The fall in Apple Inc. stocks was roughly 1.4 percent to amount to $600.71 in trading for extended hours following its results, even though it happened to be down by approximately 4 percent on continuation of trading.

Equity futures saw a drop on announcement of the results, with S&P 500 futures suffering a drop of almost 3 points down to 1,405.20, indicating an expected fall in stocks on the 26th of October.

The exchange-traded fund, Nasdaq 100 Powershares which monitors the Nasdaq 100 Index fell by 0.7 percent in trading during the after-hours following the news of the fall in Apple Inc. stocks. Apple Inc. stocks amount to almost 19 percent of the total value of the index.

The overall S&P 500 has fell by 3.6 percent in the course of the past five sessions prior to a considerable rebound on the 25th of October. A chain of high-profile disappointments signifying lesser international demand has curbed the enthusiasm for buying following a strong run throughout most of the year 2012.

On the 25th of October small gains were noted on Wall Street, like Procter & Gamble which increased by 2.9 percent to close the normal Wall Street trading session at $70.07 following reports which suggested strong results. But that, however, failed to motivate most investors who are coping with a sharp decline in recent times.

The orders of durable US goods increased more than what was estimated in the month of September, even though orders apart from aircrafts and volatile defense products remained unchanged, and investments in business exhibited signs of stalling.

Market experts believe that international business concerns are always present in the background and they have not been forgotten by people. With almost 244 corporations present in the S&P 500 reporting results till now, the small gains on Wall Street have risen to approximately 62.3 percent, beating estimates and showing considerable improvement over the normal 62 percent average.

The revenue for the present quarter has failed to live up to expectations, with only 36.3 percent of corporations reporting greater-than-expected profits compared to a historic beat frequency of 62 percent. According to economic experts, the reports of the 50 or so odd companies on the 25th of October are “all a continuation of companies beating on earnings, but coming in lower on revenue.” The fiscal cliff is said to still exert its weight on the market, the absence of which would see higher market results.

The annual inflation rate in the US hit 6.2%, recording a highest in decades. Due to an unstable inflation, consumer prices increased by 0.9 percent in October and June, 2021.
3 hours ago