The mining industry has a bad image due to the mining conditions in some countries. It makes sense to improve the model by showing a commitment to sustainable energy options and contribute to saving the world climate change.

The mining industry is a highly energy-intensive sector. It is said that almost 11 percent of total energy consumption in the world is by mining. Traditionally, the industry has been powered by fossil fuels, which are environmentally harmful and costly too. But in recent years, there has been a willingness to try out more energy-efficient and renewable sources of energy within the mining industry.

A report by the International Energy Agency says that the global renewable energy capacity will see a growth of 50 percent between 2019 and 20124. This will mainly be fueled by solar and wind power.

The urgency to change the way mining is heavily dependent on fossil fuels is because of the rapid climate change and the need to cut down carbon emissions by 2050.

The nearly 50 percent growth in the adoption of renewable energy technology will be seen mainly in the Asia Pacific region of China, India, and Australia. Latin America is consciously trying to move away from fossil fuel dependency to cut its fuel imports.

A report by the consultancy firm THEnergy states that 2019 has seen many mining companies committing to shift to renewable sources in their projects. 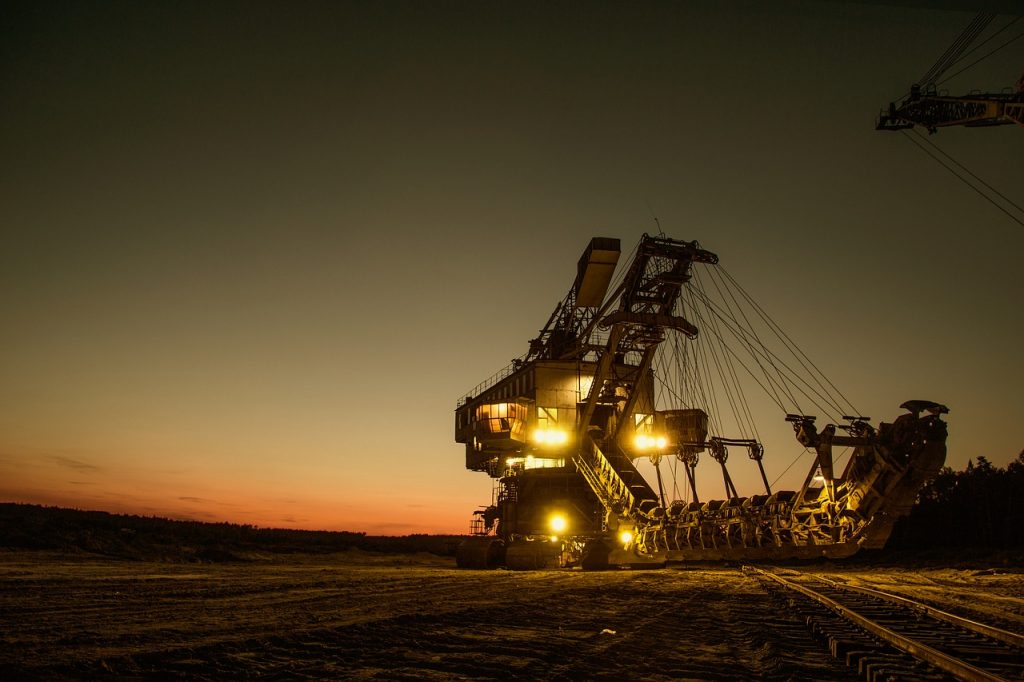 “The year 2019 has been identified as the tipping point. The business case for partly substituting expensive fuel like diesel, heavy fuel oil (HFO), or gas by solar and wind had been positive on paper for years. However, actual projects have evolved slowly,” the report states. “[Yet] in 2019, almost a dozen new projects have been officially announced and at the same time many more projects are under development and on the verge of being announced.”

A global tracker firm of mining projects says that the world has seen almost 1.2 gigawatts of capacity installed across 41 sites in the last few years, and a further 714 megawatts is in the pipeline. Before 2010, barely 11 megawatts of solar and wind energy based energy projects were set up in the mining sector. The last few years have seen a significant increase in interest in such projects.

Another report by the Columbia Center on Sustainable Investment (CCSI) reveals that in the above 11 percent consumption of energy by the mining sector, 62 percent comes from burning oil, gas, and coal. The electric grid contributes another 35 percent. All this adds up to the carbon emissions of mining companies. This consumption of energy is expected to go up to 36 percent in the next two decades as the demand for minerals grows.

The warning bells about climate calamities, increased need for energy, the mandated elimination of carbon footprints and a need to appear socially committed to change have all contributed to the urgency to adopt sustainable technologies. The renewed interest in sustainable energy fuels is also due to the cost factor. Fossil fuels make up anywhere between 15 to 40 percent of mining costs.

Transport of fossil fuels in remote areas where mining takes place is a massive factor in this cost. Tapping into the wind and photovoltaic solar power makes sense as these are abundantly available in and around mining areas.

Also, the fall in prices of commercial renewable project setups has added to the attraction.
Added to this is the carbon pricing advantage that these companies want to use.

Experts opine that at the moment energy-efficient fuels are being used only above ground, the below-ground mining is still using gas and diesel.

The mining industry has a bad image due to the mining conditions in some countries. It makes sense to improve the model by showing a commitment to sustainable energy options and contribute to saving the world climate change.

Down the supply change, industries utilizing the mining minerals like Apple and other technology behemoths are also insisting on a sustainable method of extraction.
Moreover, a commitment to renewable energy by the mining companies enables them to charge a premium for their products.

Anna Domanska
Anna Domanska is an Industry Leaders Magazine author possessing wide-range of knowledge for Business News. She is an avid reader and writer of Business and CEO Magazines and a rigorous follower of Business Leaders.
« Wyze Labs data breach may have exposed data of 2.5million users
Safari escapes in Iceland…and more holiday ideas »
Leave a Comment
Close