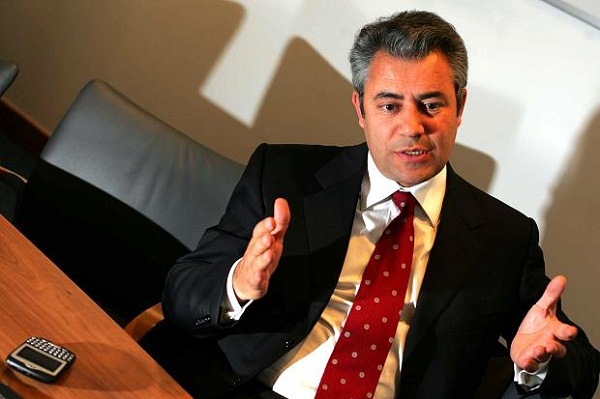 On the 23rd of November, the board of Eurasian Natural Resources Corp. PLC, the multinational natural resources company, informed that it had widened functions of its chairman, Mehmet Dalman. The decision to extend his responsibilities comes as Miner ENRC struggles with boardroom misunderstandings and corporate governance controversies. Due to the extension of Mehmet Dalman’s responsibilities, ENRC CEO will be able to focus on company’s cost and operational efficiencies.

The Kazakh mining company, which saw a boardroom battle that ended with the departure of its two top executives, extended Mehmet Dalman’s responsibilities with effect from the 23rd of November. Chairman Dalman has been handled a number of executive functions including finance, risk, human resources, legal & compliance and investor relations as well. Just in October the ENRC board started considering adding new executive responsibilities to Dalman’s role.

New responsibilities where welcomed by Mehmet Dalman as he believes that the change will certainly help strengthen company’s management capacity and achieve ENRC’s strategic goals. He underlined:”I look forward to the challenges of my extended role, focusing on group profitability, developing and maintaining high standards of governance, outlining a clear strategic long-term path for the business and ultimately delivering returns to all shareholders.” Without any doubts he will continue his activities which have been focused on developing stronger bonds with investors.

The shift is aimed at allowing Felix Vulis, chief executive officer at Eurasian Natural Resources Corp. PLC, to mainly concentrate on the company’s activities, inter alia, cost and operational efficiencies. Marketing, logistics and exploration are to be within ENRC CEO Vulis’s competence.

The miner, Eurasian Natural Resources Corp., have been struggling to rebuild its reputation due to a number of allegations concerning its businesses in Kazakhstan and Africa. Only two years ago, the company was widely criticized because it decided to purchase assets which had been confiscated by the authorities of the Democratic Republic of Congo from Canada’s First Quantum Minerals. What is more, the deal to acquire these assets attracted criticism from transparency and anti-corruption activists as well. ENRC also had to handle an investigation into its Kazakh business as the company was accused of law violations.

Top executives of Eurasian Natural Resources Corp. PLC have been considering all strategic options with regard to the company’s international properties. ENRC is to see high profits from what it invested in the acquisitions of assets located in Brazil and Africa as well. Just recently several crucial decisions concerning its investments have been made. According to the new priorities, ENRC’s copper assets located in Congo as well as the Kazakhstan-based ferroalloys plant are on the top list. Other investments including a Brazilian iron ore project have been postponed for an indefinite period of time. However on the 20th of November, Eurasian Natural Resources Corp. PLC informed that the logistic project in Mozambique aimed at enabling the company to transport coal from one province to another would be completed in 2016.

Anna Domanska
Anna Domanska is an Industry Leaders Magazine author possessing wide-range of knowledge for Business News. She is an avid reader and writer of Business and CEO Magazines and a rigorous follower of Business Leaders.
« Reckitt Benckiser to pay $1.4bn for Schiff Nutrition
MegaFon Pitches International Stock Market Float Worth $2bn »
Leave a Comment
Close