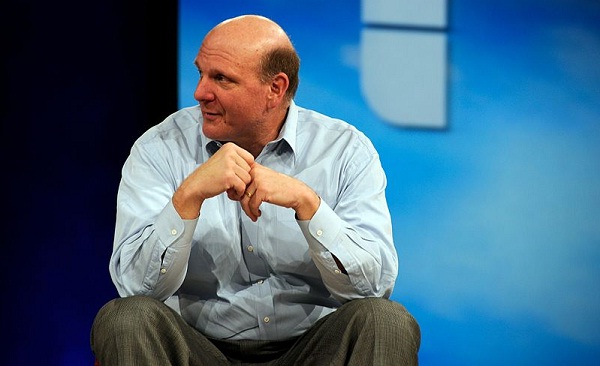 Microsoft Corp., the software giant, considers the $3 billion investment in Dell Inc. which happens to be the world’s third largest PC maker. However, the stake purchase might be risky as it could lead to denting the relations between the software giant and PC computer makers. The situation is rather tense as relations have already been affected by the 2012 launch of the Microsoft Corp.’s tablet. Analysts underline the possibility of the emergence of new misunderstandings between Microsoft Corp. and its partners.

Microsoft to invest in Dell

For some time, private-equity firm Silver Lake Partners and Dell founder Michael Dell have been intensively working on the creation of a group which would take the world’s third largest PC maker private. According to a source familiar with the matter, Microsoft Corp. is greatly interested in taking part in the deal which would rank among the world’s largest buyouts ever. Analysts estimate that the buyout of Dell Inc. would be worth even $25 billion. As it has been underlined by the source, Microsoft Corp. is in negotiations to invest between up to $3 billion in the buyout of Dell Inc. which is prepared by private-equity firm Silver Lake Partners and Michael Dell.

The investment in Dell Inc., which happens to be also one of the biggest distributors of Windows software, is expected to help Microsoft Corp. gain influence in new areas as the company has been facing the growing popularity of mobile devices. Just in 2012, PC makers and Microsoft Corp. saw PC shipments decrease about 4 percent, while tablets sales climbed as much as 72 percent in the period.

Certainly the deal would be also profitable for Dell Inc. itself as the world’s third largest PC maker would have a chance to have the very first look at the new Microsoft Corp.’s programs and developments.

All recent investments of Microsoft Corp. were aimed at gaining position in the new mobile devices market and social networking as well. Analysts note that those investments were more profitable from the financial angle than strategic one, just to mention that the Microsoft Corp.’s Facebook stake quadrupled in value.  Despite investments, Microsoft still is not a significant player either in the mobile devices market or social networking market.

The possible investment in Dell Inc. is expected to strain ties between the software giant and other PC makers which suffered in 2012 when Microsoft Corp. decided to launch its own tablet. Analysts note that some investors will not be satisfied with the idea of Microsoft Corp. moving into hardware as the Surface tablet was not as successful as initially expected. However, they also underline that some investors might be delighted as the investment will mean that the giant wants to produce software- hardware integrated devices.

Certainly Microsoft Corp. continues to invest in tech companies as it believes that by supporting them it can secure its position as the software giant. And devices, which are produced by Dell Inc., run on Microsoft Corp.’s software. Undoubtedly, Microsoft Corp.’s fortune and future depends on the position of companies such as Dell Inc. But the launch of its own tablet shows that the software giant is adjusting to new conditions as the PC market is declining and the mobile devices market is getting stronger.

Anna Domanska
Anna Domanska is an Industry Leaders Magazine author possessing wide-range of knowledge for Business News. She is an avid reader and writer of Business and CEO Magazines and a rigorous follower of Business Leaders.
« Thai billionaire Charoen closer to F&N takeover as OUE backs down
Inflation Widens Scope for Interest Cuts in Australia »
Leave a Comment
Close