Speculations about Microsoft’s digital assistant and Siri rival – ‘Cortana’ have been surfacing for a while now. Cortana which will replace Bing search engine feature will act as a personal digital assistant with a mix of Siri and Google Now functionality.

It will animate when it is speaking or thinking, and bounce around or frown (sounds familiar?) with emotion depending on the nature of queries involved. It will also be backed by data from services like Bing, Foursquare and others in order to give it some of the contextual power of Google Now.

Cortana will appear as a circular animated icon with the hue of the user’s selected Windows Phone accent color. It will perform basic functions like web searches, set alarms, give information on stock, check weather, warn its user of heavy traffic and play music. It can also set reminders, activate on-going activity modes, turn Bluetooth or Wi-Fi on and off, make calls, texts and appointments.  Plus it can set reminders, activate do not disturb mode and airplane mode, turn Bluetooth or Wi-Fi on and off, give you directions, make calls, send texts and much more.

The Best of Cortana: the Digital Assistant will Not Snoop on Us 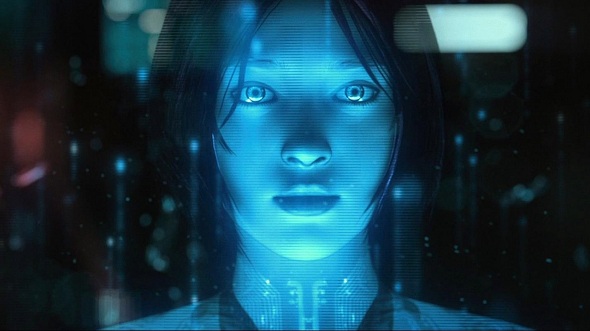 The personal digital assistant code named after a Halo character is set to debut as a part of Windows 8 and might turn even makes its first appearance at the much anticipated BUILD Conference in the coming months.

Cortana cannot freely access information without the user’s consent. Notebook feature will allow users to control what information they wish to share with Cortana. It includes information such as location data, behaviors, personal information, reminders and contact information. Cortana will not store identified information in the Notebook or any other data that needs to be stored or edited or deleted without asking the user.

Microsoft’s latest voice work with Xbox One has been remarkable. Microsoft is ensuring that Cortana works well with voice commands and is improving on its ability to understand natural phrases and questions. Microsoft is leaving no stones unturned to make sure that Cortana is a full personal digital assistant. The personal digital assistant code named after a Halo character is set to debut as a part of Windows 8 and might turn even makes its first appearance at the much anticipated BUILD Conference in the coming month.