Microsoft’s Acquisition Of Nokia In A $7.2 Billion Deal To Be Finalized On April 25

It’s become official now. Microsoft announced on Monday that its $7.2 billion acquisition of Nokia’s devices and services business including the Lumia range of Windows Phone handsets which was announced in September will be completed by Friday 25 April. 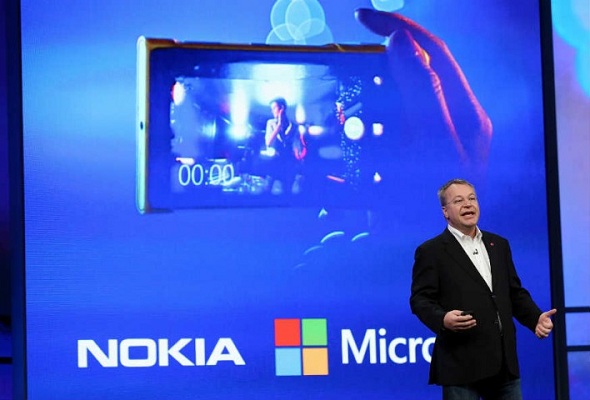 While the company will continue to remain in Finland, its official business address will be changed from Keilalahdentie to Keilaranta in Espoo.

Originally the tech companies had agreed that the deal would close in the first quarter of 2014, but the closure was delayed due to regulatory clearances from Chinese authorities. It was later  announced that the deal would be finalized in April. Microsoft’s billion-dollar acquisition of the Finland-based Nokia is a crucial move for the company as it looks to expand its Windows mobile phone platform.

In addition to this completion date, the acquisition deal went through a few tweaks since it was announced last year. In one change, the companies have agreed that Microsoft will manage Nokia.com domain and Nokia’s social network media for up to a year. Twenty-one of Nokia’s employees in China will join Microsoft and continue their work, while the original agreement draft kept all Nokia employees working at Nokia. Microsoft will no longer acquire Nokia’s Korean manufacturing plant even though it was included in the original deal. The deal will also see Nokia’s former CEO Stephen Elop report directly to Satya Nadella as Microsoft’s new Head of Devices.

While the company will continue to remain in Finland, its official business address will be changed from Keilalahdentie to Keilaranta in Espoo.  A leaked email from Microsoft to its suppliers reveals that the software giant will be changing the name of the mobile division from Nokia Oyj to Microsoft Mobile Oy once the deal is finalized. In Finnish Oyj means PLC (public limited company), while Oy means LLC (limited liability company). The email further states that there will not be any major changes to the terms and condition agreed by the suppliers with the Devices and Services business and Nokia will communicate separately any changes in invoicing methods and addresses before the close of the deal, it adds.

The announcement however, has no mention as far as Nokia’s Indian market is concerned. Its Chennai plant has been barred from being included in the deal after becoming the central point of two different tax disputes.

So post the Microsoft Nokia deal, will Microsoft try and retain Nokia identity in some way or the other or Nokia as a mobile brand will completely disappear? As Nokia has a very loyal fan base, it would be a big gamble on part of the company as Microsoft will now embark into the previously uncharted territory as an original device maker that designs and manufactures its own hardware. Microsoft has begun rolling out its latest version of Windows Phone, Windows Phone 8.1 update which introduces new voice-activated personal assistant software called Cortana and a few other new features and improvements.