Microsoft becomes the latest company to sample the world of coworking space. The Redmond-based company is shifting 30% of its New York employees to WeWork memberships. The Microsoft WeWork collaboration represents a huge shift in its work culture. 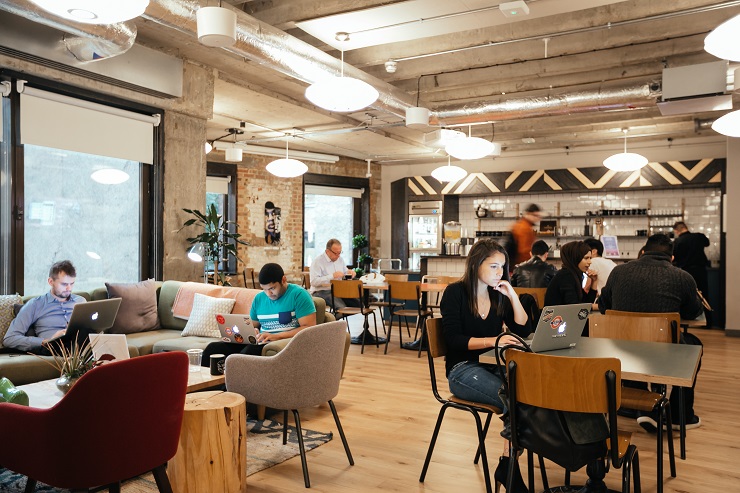 A Taste of Real Life LinkedIn

Founded in 2010, WeWork is a coworking startup which operates over 100 locations around the globe. Investors value WeWork at $16 billion. WeWork is a mature set up for professionals who want to work in an intimate and a more refined work space. At WeWork, members pay a monthly fee starting from $550 a month to get access to leased office spaces.

Some of WeWork’s tenants include renowned brands like AirBnb, Reddit, Silicon Valley Bank, Spotify, Charity:Water, Salesforce and now Microsoft. These companies have rented space for employees to work remotely or to have a presence in other geographies. More than 77% of WeWork tenants are businesses larger than 3 people. Similarly, some of its fastest growing businesses have over 20 employees.

WeWork is a beautifully designed workplace that fosters a big corporation-like, yet a cozy experience. It’s a networking space for friendly, like-minded independent professionals. For startup owners or freelancers, it offers institutional support through networking events, mobile apps, and insurance discounts. It’s the right kind of place for individuals who are looking for both, emotional and practical support to get on to their feet.

The Microsoft – WeWork deal goes both ways. All WeWork members will have access to Office 365. Additionally, employees will also get access to Microsoft Team (the new work chat app), starting early 2017.

Microsoft is trying to bring more flexibility and mobility into the equation to retain employees, and attract startups and developers.

Moreover, the software giant also plans to move 40 people advertising team working in a co-working building in an Atlanta WeWork. Employees in the next two cities to follow are Philadelphia and Portland.

As the shift in the economy continues, a lot of people, especially millennials, will spend their entire careers in coworking ecosystems. According to the Bureau of Labor Statistics estimates, by 2020 more than 40 percent of the U.S. workforce will be freelancers, independent contractors, temps and entrepreneurs.

Anna Domanska
Anna Domanska is an Industry Leaders Magazine author possessing wide-range of knowledge for Business News. She is an avid reader and writer of Business and CEO Magazines and a rigorous follower of Business Leaders.
« GoPro Q3 Earnings Are As Disastrous As It Could Get
3 Recommended Books to Boost One’s Leadership Skills »
Leave a Comment
Close