Swedish luxury carmaker Volvo Cars is keen to keep you productive even when leaving the office. Microsoft and Volvo have joined hands to install Skype for Business in the 90 Series, including Volvo XC90, V10, and S90.

Volvo reckons the in-car productivity tool will enhance the safety of its cars. Instead of pressing conference call phone numbers, drivers can join a meeting by pressing the Skype logo on the touchscreen.

“We’ve all been there. Sitting in the car trying to join a conference call. Having to enter a phone number and long pin code is not the easiest process, and your attention is not where it should be – on the road. With the addition of Skype for Business all that goes away.” 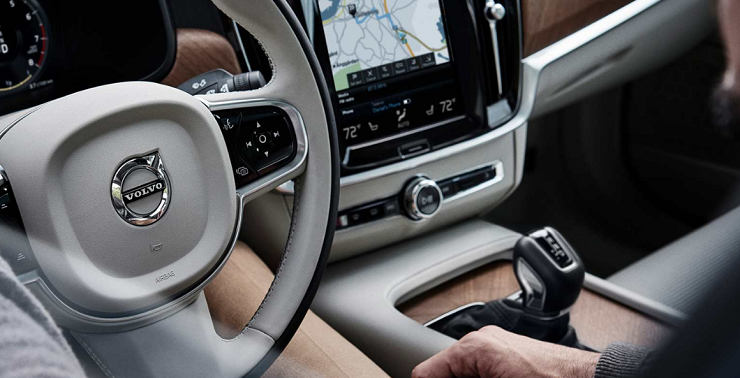 The addition of the Skype for Business will allow occupants in the S90, V10, CX90 to view details of upcoming conference calls on the center console display, join in with a single touch of the blue button, and even record voice memos.

Although, video conferencing via the Skype interface in its cars will not be supported. Its exclusion from the in-car version of Skype for Microsoft will alleviate the potential distraction factor and make it safer to operate from behind the wheel. It’s safer than fiddling your thumbs through your phone while driving.

It looks like automaker is looking to make their 90 Series a mobile office for the busy executive. Volvo’s partnership with Microsoft includes the likely addition of Cortana intelligent personal assistant, for seamless voice recognition as well as contextual awareness on select car models. Similar to Apple’s Siri or Amazon Alexa platforms, Volvo is keen to use Microsoft’s Cortana to provide occupants with a hands-free input method for their in-car productivity tools.

Albeit, there’s no target date for making Cortana available in a Volvo car. But, it seems as though, Microsoft is desperate to want this to happen at the earliest, as it’s aiming to make Cortana widely-adopted, worldwide.

Microsoft is also likely to unveil Cortana on IoT devices such as washing machines and refrigerators. The first models will be put on display at CES 2017.

This isn’t the first alliance between Microsoft and Volvo. At the CES 2016, Volvo announced that its car owners would be able to control their cars with Microsoft Band 2. The Redmond-based company is now reportedly discontinuing the Band, with no third-Gen planned.

Anna Domanska
Anna Domanska is an Industry Leaders Magazine author possessing wide-range of knowledge for Business News. She is an avid reader and writer of Business and CEO Magazines and a rigorous follower of Business Leaders.
« Amazon Echo Refuses to Help Solve a Murder
Upcoming Lamborghini Urus SUV will be a Plug-in Hybrid »
Leave a Comment
Close