Microsoft Under Scrutiny By The Chinese Government, Faces Antitrust Probe 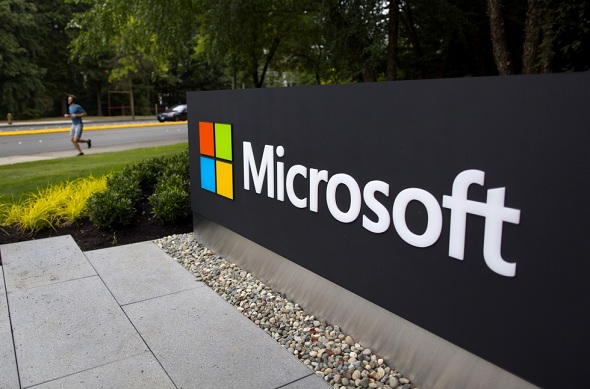 In the latest of a growing number of competition probes that have unnerved U.S. technology companies in China, a Chinese regulator has opened an anti-monopoly probe into Microsoft Corp over problems arising from its Windows operating system.

China’s State Administration for Industry and Commerce (SAIC) seized computers and documents from offices in four cities, following an industry complaint in June 2013 alleging that Microsoft did not fully disclose information about Windows and its Office software suite that resulted in compatibility, bundling and document authentication issues.

According to a statement posted on the State Administration for Industry & Commerce website, the

SAIC is also investigating Microsoft executives in China including vice president and senior managers and also obtained e-mails, documents, copies of the firm’s contracts and financial statements and other data from Microsoft’s computers and servers.

The investigation comes amid escalating tensions with U.S. technology companies wrangled over data privacy and industrial espionage. According to the statement, investigators raided Microsoft offices in Beijing, Shanghai, Guangzhou and Chengdu on Monday.

Microsoft said it adheres to the laws and regulations of every market where it works. “Our business practices in China are designed to be compliant with Chinese law,” a representative said in an emailed statement.

Microsoft does have an extensive range of operations in China, including teams for products such as Windows, Microsoft Office, servers, entertainment and hardware as well as research and development. However its revenues for China are disappointingly low for a market of 1.4 billion people.

In the wake of revelations by former U.S. National Security Agency contractor Edward Snowden, the state media have called for harsh punishment against technology firms for aiding the U.S government to steal confidential matters and monitor China.

The latest move by China’s authorities brings about an uncertain period for Microsoft in the country.

In late May, China announced it would ban all central government offices from installing Windows 8, Microsoft’s latest operating system, on new computers mostly due to distrust about cloud technology which lay in key information elsewhere. It appears that the ban has not been lifted, as several procurement notices since then have not allowed Windows 8. The ban was obtained to ensure computer security after Microsoft stopped supporting its Windows XP operating system, which was extensively used in China.

Earlier this month, Apple was also accused by Chinese television giant CCTV of including a tracking feature in the iPhone to record user’s activities and steal state secrets. It also slammed other U.S. companies, including Microsoft, Facebook and Google for purportedly cyber spying and hacking the Chinese government system.

Anna Domanska
Anna Domanska is an Industry Leaders Magazine author possessing wide-range of knowledge for Business News. She is an avid reader and writer of Business and CEO Magazines and a rigorous follower of Business Leaders.
« Dating Site OkCupid Admits To Experimenting On User’s Compatibility Data
Unlocking Cell phones From Carriers Will Soon Be Legal In The US »
Leave a Comment
Close

The New Shepard rocket by Blue Origin successfully conducted the test launch in the Texas testing site, successfully performing take-off and...
17 hours ago