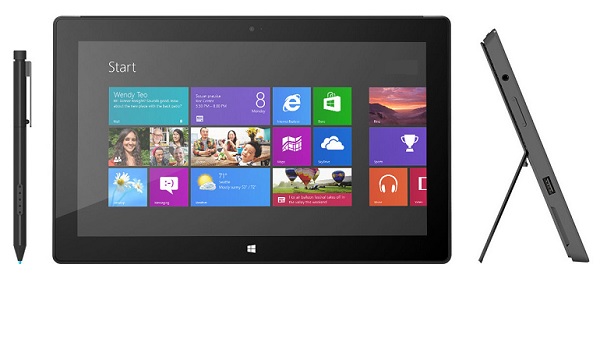 According to online reports, Microsoft is preparing to release a second-generation model of the device, the Surface 2. The company announced it will host an event in New York on September 23 to launch the Surface 2 tablet.

The technology giant has issued invites to the press for a media event on Sept. 23 in New York, where it will unveil the Surface 2 and the Surface Pro 2 tablets which are considered as updated versions of the existing models Surface RT and Surface Pro.

The Surface 2 and Surface Pro 2 will feature a 2 stage kickstand, but the main form factor of both new tablets is expected to look identical to their predecessors.

Microsoft is shedding the “RT” from its Surface 2 tablet, which will run Windows RT 8.1. The Surface 2 is expected to feature a 1080p display and is likely going to be powered by Nvidia’s Tegra 4 processor. One of the best Surface 2 features is that its battery is expected to last for about eight hours, while a new Power Cover accessory is likely to boost its battery even further.

When it comes to the Surface Pro 2, the tablet is expected to sport Intel’s new Haswell fourth-generation Core series processor, and is likely to be shipped with 8GB of RAM. The Haswell processor is said to improve the battery life of the Surface Pro 2 by just more than two hours. Microsoft is also planning to sell “Power Cover,” a beefier version of the Touch Cover keyboard for Surface that comes with an integrated battery.

Microsoft has struggled to market the Surface RT or Surface Pro since they were introduced in October 2012 and February 2013, respectively. The Surface RT has fared badly, as Microsoft was forced to take a $900 million charge against earnings in the quarter that ended June 30 to account for steep discounts and excess inventory.

According to latest data, Microsoft’s share of connected device sales has collapsed from more than 90 percent in 2009 to less than 25 percent today. Even outgoing CEO Steve Ballmer has admitted that the Surface tablets could not perform as expected.