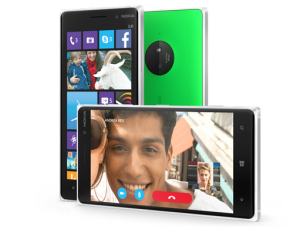 According to reports, the Lumia 840 features a 5-inch screen. However, the screen resolution of the device has not been disclosed.

The Nokia Lumia 830 had features such as photo editing, panaroma, document viewing, face detection etc. Now Microsoft is apparently aiming to build an upgraded version of Lumia 830 by improving these core applications. Recently the phone division has seen some success under Satya Nadella, and is expecting it grow over the period with their line of products.

The Lumia 830 featured a 10 MP rear camera. However, the new Lumia 840 model is expected to come with 13-14 MP PureView technology enabled rear camera along with 5 MP selfie camera sitting at the front side of the device. The design is similar or will be slightly modified to the Lumia 830.

Currently, there is no information as to when the Nokia Lumia 840 will be officially announced. However, reports state that the phone will carry a midrange price tag and will be launched in the coming months. Aside from the Nokia Lumia 840, it’s been speculated that there will be another mid-range Lumia model to come. It is said that this model would feature a larger screen than the Nokia Lumia 840.