The Coronavirus pandemic effect can be felt everywhere. Social distancing, quarantine, complete lockdown of public places, educational institutes and working spaces has forced people to work from home. To make the process smoother, people are making use of collaborative tools such as Slack, Zoom, Google docs and more. Microsoft Teams, another group communication software has come out with new features for improved user interface. It has added a background noise eraser and ‘raise the hand” button and offline and low-bandwidth support to the slew of features already available on its Teams software.

Background noise-canceling feature is AI-powered and automatically removes any kind of irritating noise within hearing distance. So say goodbye to the sounds of the dog barking, doors banging, the baby crying in the other room and even sounds of someone opening that bag of chips and munching and crinkling around you.

The feature will enable one to maintain some office decorum within the house and not have to apologize for any embarrassing disturbances. Team already allows one to blur the background or add a custom picture in the background display. The hand raising icon can alert people as in a real meeting of someone’s desire to speak or raise a point during the session. 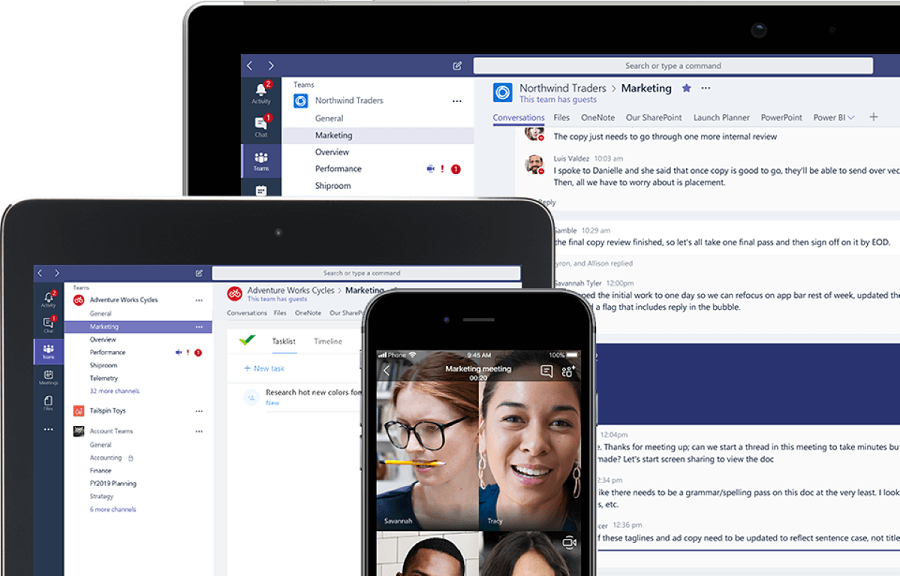 Another feature to be added soon is the pop-up chat windows, which will allow one to chat with colleagues while still on call. One can even read chat messages when not connected to the internet.

In a bid to become a fully loaded highly functional calling system, the software plans to add the Microsoft 365 voice feature in the US. Microsoft revealed that the app was being used by 32 million people daily in early March. The number has gone up to 88 million by March 18. Satya Nadella, the chief executive of Microsoft, said he was using Team to stay in touch with his team. “As you know we’re using Teams each day, and it’s how I stay connected. It’s so easy to…stay focused on the documents you’re collaborating on, conduct these calls and meetings. I’ve been living pretty much the last couple of weeks on Teams and chat.”

Microsoft added another feature earlier this month called Bookings in Teams. It allows one to schedule and manage virtual meetings. Additionally, the company is giving a free subscription to its premium version of the app and has removed member limit on the free version. Microsoft also announced Microsoft 365 Business Voice, a voice-first Teams system for small businesses.

Team’s competitors in the collaborative tools business are Zoom Slack, Messenger, RingCentral and Zoho, among others. The other apps are also adding new features to make the whole connecting process easier. Slack upgraded reconfigurability feature and added a “lightning bolt” icon for easy access to connected apps.

Work from home option that is keeping many offices going in these trying times may gain wider acceptance after the present crisis is over. With the rising popularity of these tools and apps, more features will inevitably be added in the coming days to make the UI easier, collaborative and flexible.

Anna Domanska
Anna Domanska is an Industry Leaders Magazine author possessing wide-range of knowledge for Business News. She is an avid reader and writer of Business and CEO Magazines and a rigorous follower of Business Leaders.
« New Study Shows Layoffs Lead to Increased Violence and Property Crimes
Masters of the VC Game: Most Influential VCs in the Valley »
Leave a Comment
Close