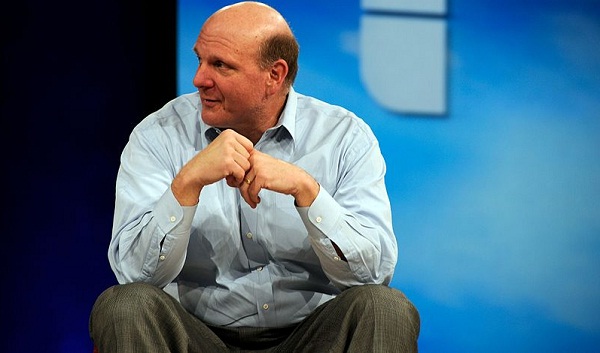 Despite the results of poor performance by the PC industry per se, it appears that Redmond-based giant Microsoft Corp. has flown-past profit forecasts with only revenue earning hiccup in the third quarter.

Announcing the performance in the third quarter ended March 31, the company also broke unexpected news. It’s Chief Financial Officer, Peter Klein, is expected to step-down later this year, despite posting a 11 percent increase ($6.04 billion) and its shares running at 72 cents instead of 60 cents.

The company survived the  slump in the PC sales.  According to the report by IDC, the overall percentage of PCs shipping global had fallen to 14 percent in the first quarter and was one of the worst ever sales numbers for the industry. One of the reasons for Microsoft Corp. sustaining the slump was its diversified portfolio that includes servers, tools and software as well as the sales of the upgrades to Windows 8. In fact, Office software and its new service, Office 365, witnessed a 8 percent increase of approximately $6.32 billion.

Similarly, its long time poor performing division – the internet business – lost only $262 million as against the massive $480 million last year.

Profit earnings: How MS made it and how much

Microsoft Corp.’s earnings in the last quarter were divided over its entire portfolio. Windows showed promise, climbing as much as 23 percent to $5.7 billion over last year’s $4.6 billion. While most other PC makers grappled with downward sales, Microsoft Corp. survived the fall through its Windows sales.  Sale of surface, multiple- licensing formats with OEMs and ODMs.

Interestingly, one major issue that currently assails Microsoft Corp. is its trademark Windows Operating System. The operating system that launched Microsoft Corp.’s profits as well as the PC industry has today reached the crossroads. This is essentially because of the migration of most digital users to tablets and smartphones from the standalone Personal Computer. In an attempt to make Windows OS relevant to the new age devices, Microsoft has decided to repackage its traditional Windows as Windows 8 touch-capacitive OS did not find to the astounding acceptance from users. Survey results from IDC have in the past few quarters provided ample statistics of fall in Windows use and non-acceptance of Windows 8.

However, Microsoft Corp. sounds more determined than ever to follow through with its Windows 8 dream. This fact was underlined by CEO Steve Ballmer who stated: “While the mobile device environment is challenging, the decisions we made with Windows 8 and Windows Phone 8 set us up well for long-term growth.”

This appears to be the direction Microsoft Corp. will be heading in the next few years. The step-down by CFO Peter Klein later this year, though unexpected, could well be Microsoft’s move towards a more aggressive policy that would groom the Redmond giant for the next generation of information technology users.