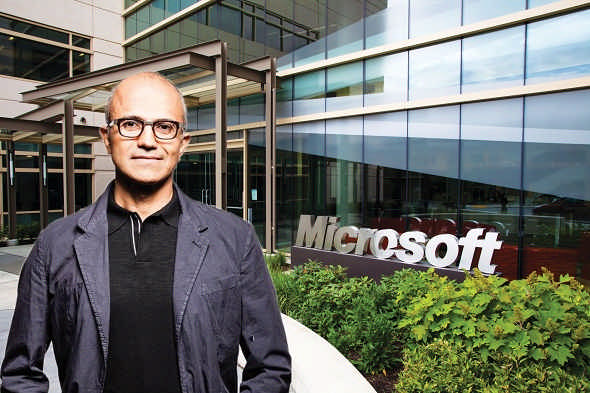 Microsoft is focusing in a broader reforming of the mobile business that incorporates cutting down at least 18000 employment cuts.

On Wednesday, Microsoft said that it is writing off $7.6 billion it spent on acquiring Nokia, cutting 7,800 jobs, which is in addition to 18000 job cuts that it planned a year ago.

About 2,300 of the employment will be made in Finland, where Nokia’s headquarter is located. The employment cuts are an addition to the roughly 12,600 jobs it eliminated a year ago from the Nokia’s smart phone business, which Microsoft acquired for $7.3 billion in 2012.

Microsoft CEO Satya Nadella stated that the company is revaluing its smartphone business, but he didn’t reveal any details regarding that. He added that the company intends to shift from a strategy to create a standalone business towards creating and developing a live windows ecosystem incorporating their first-part device family. In the proposed deal, Microsoft will operate more effectively and focus on smartphone business, and at the same time retaining the capacity for long-term reinvention in the mobile technology.

A former CEO of Microsoft Steve Ballmer bought Finland’s Nokia, as the windows phone has battled to beat with competitors like, Apple’s iPhone, and Google’s Android smartphone. But, the luck didn’t favor Nokia. It failed to attract users with its new invention, and its phone still covers less than 5 per cent of the market for mobile operating system.

After taking into account restructure charges, the company has now depreciated more than entire cost of acquiring Nokia. Microsoft is focusing in a broader reforming of the mobile business that incorporates cutting down at least 18000 employment cuts. The remaining details will be unveiled by Microsoft when it reports earning around the fourth week of July.

Currently, Microsoft is planning two high-end Nokia Lumia devices for its newly launched product – Windows 10 Mobile software in this year. But, the market will be served with more number of low-and middle range mobile devices that Nokia used to manufacture regularly.

In a statement, Nadella asserted that he is endorsing to the first-party devices like phones, but the company will be focusing more on three key areas, such as, flagship smartphones, value phones, and enterprise. As a result, the market will be served with less number of Nokia devices in near future.

Christy Gren
Christy Gren is an Industry Specialist Reporter at Industry Leaders Magazine she enjoys writing about Unicorns, Silicon Valley, Startups, Business Leaders and Innovators. Her articles provide an insight about the Power Players in the field of Technology, Auto, Manufacturing, and F&B.
« White House to Plot 300 MW Solar Plants for Poor Families By 2020
Carmakers reportedly seek to limit data shared with tech partners like Apple and Google »
Leave a Comment
Close

In a written statement, FDA Commissioner Robert M. Califf stated, “Today’s action is further progress on the FDA’s commitment to ensuring that all e-cigarette and electronic
13 hours ago

Commonly used generic drugs are available at a 15% markup, plus a $3 dispensing fee and $5 shipping fee. In an interview with PBS News, Cuban told the host that the Mark Cuban phar
14 hours ago

According to a written statement issued by the company, they have already deployed $2.5 billion to fund decarbonization technologies in the US, the UK, Germany, and North America.
20 hours ago