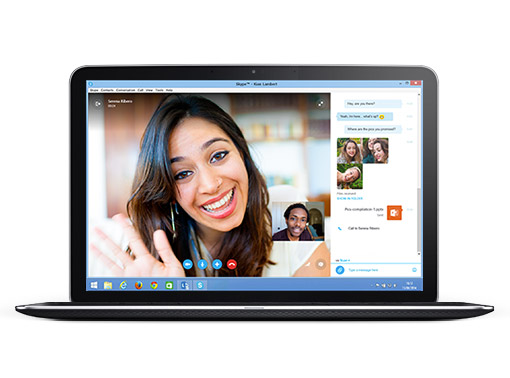 Earlier in January, Windows announced that their Skype messaging/video application will soon be built into the native messaging app on Windows Phone. Now Microsoft plans to make Skype its go-to communication app on Windows 10 and has quietly leaked a new app called Skype Messaging for Windows 10 Mobile.

We’re calling it a leak because the company didn’t make an official announcement but merely added a new listing on the Windows Store.

The Redmond, Washington based company seems to have been inspired by Google’s move, as the company allows Hangouts to be used as main messaging app in Android devices.

However, the Windows Store listing is a little peculiar. The screenshots are queerly cropped, and the app is called Messaging Skype Beta instead of Skype Messaging Beta. Yet, the illustration uses the latter name. As the name suggests, Messaging Skype Beta is still in beta stage. It is now available in beta form from the Windows Store, and includes a new UI for Skype which is quite similar to the Messaging app that is already found on Windows 10 Mobile.

Messaging Skype will replace the default Windows 10 Mobile SMS app. It’ll make it easier for users to switch between SMS and Skype chat. Additionally, they will also download a second application name Skype Video Preview, which is supposed to offer a more basic Skype experience allowing users to video chat and make standard Skype voice calls that will be integrated into the built-in phone app.

The search capability of the app has also been improved. With its design changes, users can now enjoy the huge display as the app’s new design completely takes advantage of this. It is expected that Microsoft will bundle the universal app when it releases Windows 10 Mobile, and push it out as an update to Windows 10 for PCs as well.

Windows 10 Mobile testers are ardently trying the Skype Messaging app, which has already received nearly 100 reviews, with 5 stars the most frequent rating.