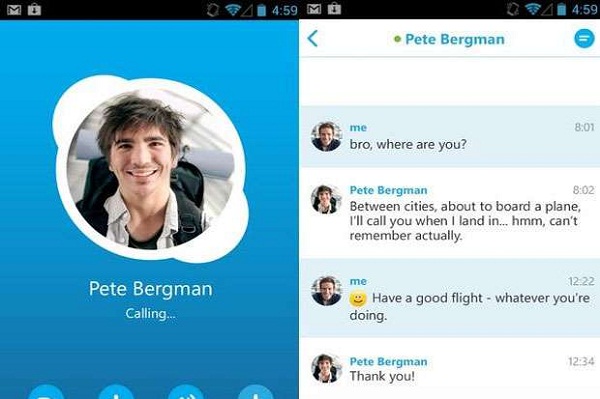 Microsoft has added such features in this new release to allow Edge users establish VoIP connections in the browser-based Skype.

Since 2014, Microsoft has been working on the browser-based Skype version, which is now available for the Insider with the latest Preview. The company has added this new feature in the newly launched Windows Insider Preview.

Windows 10 preview build 10547 features, plenty of new tweaks and improvements, including a preview of the ORTC or Object Real Time Communication APIs for Microsoft Edge, which has been drafted by the World Wide Web Consortium. It supports browser-to-browser video calls, VoIP calls, P2P sharing, and real-time communication into web apps without requiring any browser plugin or applications. The protocol is extremely secured. It provides rich connection without interruption and loss of information.

Microsoft has added such features in this new release to allow Edge users establish VoIP connections in the browser-based Skype. The prototype is yet to be made public, and is available for the Insiders. Apparently, after a few phase of testing, the Redmond giant will release all updates to other Windows 10 users worldwide.

Skype is a perfect-fit for ORTC. The Skype team announced Friday that it is working on the new versions of Skype for Outlook.com, and Skype for Web, for Edge users, which will take advantage of this new technology.

Object RTC is not merely a technology, but it is a broader effort of Microsoft that makes it easier to develop web applications for real-time communications and video conferencing. Web applications that employ it, do not require any plugins or muck around Java Applet. But, it still needs a browser that supports ORTC for web applications to work.

Users can try the newly release products; however, the products may not ruin user experience, as Preview builds are those that are yet to be tested. The company reports BETA software can have unexpected bugs that might harm user experience.

Mac OS X with Chrome browser may allow users to uninstall Skype application and use the one that is web-based. The app has the similar notification icon, appearing on the top menu to notify about the incoming audio and video calls, and messages.

Christy Gren
Christy Gren is an Industry Specialist Reporter at Industry Leaders Magazine she enjoys writing about Unicorns, Silicon Valley, Startups, Business Leaders and Innovators. Her articles provide an insight about the Power Players in the field of Technology, Auto, Manufacturing, and F&B.
« Sharp plans to roll out the world’s first 8K TV in October, for $133,000
Google Wallet for iOS revamped to become P2P Payments App »
Leave a Comment
Close