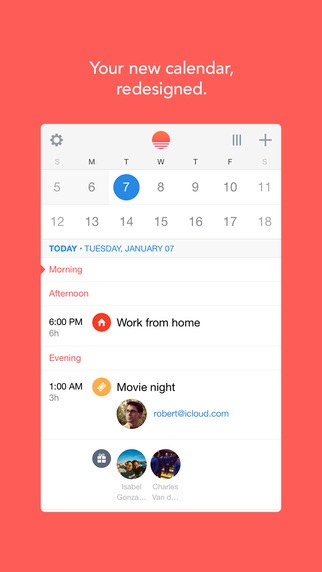 The Sunrise app will remain available and free on its current platforms after the acquisition is finalized.

Microsoft on Wednesday announced that it has acquired Sunrise Atelier Inc., the maker of the Sunrise calendar application for android and iOS devices.

Microsoft first made the news official by posting a YouTube video confirming its purchase of calendar app Sunrise, later releasing a statement.

Both the companies confirmed the deal in blogs on their respective sites. While the terms of the deal were not announced, it is rumored to be valued about $100 million.

Sunrise was founded in 2012 in New York by Jeremy Le Van and Pierre Valade. It’s a calendaring app that works across desktop and mobile devices and syncs to calendars from Google, iCloud, and Microsoft Exchange. The app supports a number of features including Google Maps directions, alerts, appointments, birthdays and many more. Currently the app supports Gmail accounts and Facebook events. The calendar app also consolidates with popular services like SongKick and TripIt to map upcoming gigs and help plan trips.

Microsoft’s acquisition of Sunrise follows closely on the heels of the release of the new Microsoft Outlook app, which is just the re-named version of email app Acompli, which Microsoft purchased in December for $200 million.

“We are making this acquisition because we believe a reinvention in the way people use calendars on mobile devices is long overdue,” said Microsoft corporate vice-president Rajesh Jha on the official Microsoft blog . “Our goal is to create more meaningful, beautiful experiences in mobile email and calendaring across all platforms.”

By connecting a calendar with an array of services, the Sunrise app offers a far better view of the day, week or month ahead, Jha said.

The Sunrise app will remain available and free on its current platforms after the acquisition is finalized. With the new acquisition Microsoft would continue to build an amazing team that was dedicated to building the best product to help manage time, the Sunrise team said.

It’s a sensible move by Microsoft at a time they are trying to strengthen their own application offering for Windows devices, and also attempting to expand their cloud based ecosphere across various devices, including those running Android and iOS.

With Microsoft backing Sunrise, the future looks bright for both Sunrise and Microsoft’s efforts to expand its reach into new markets.